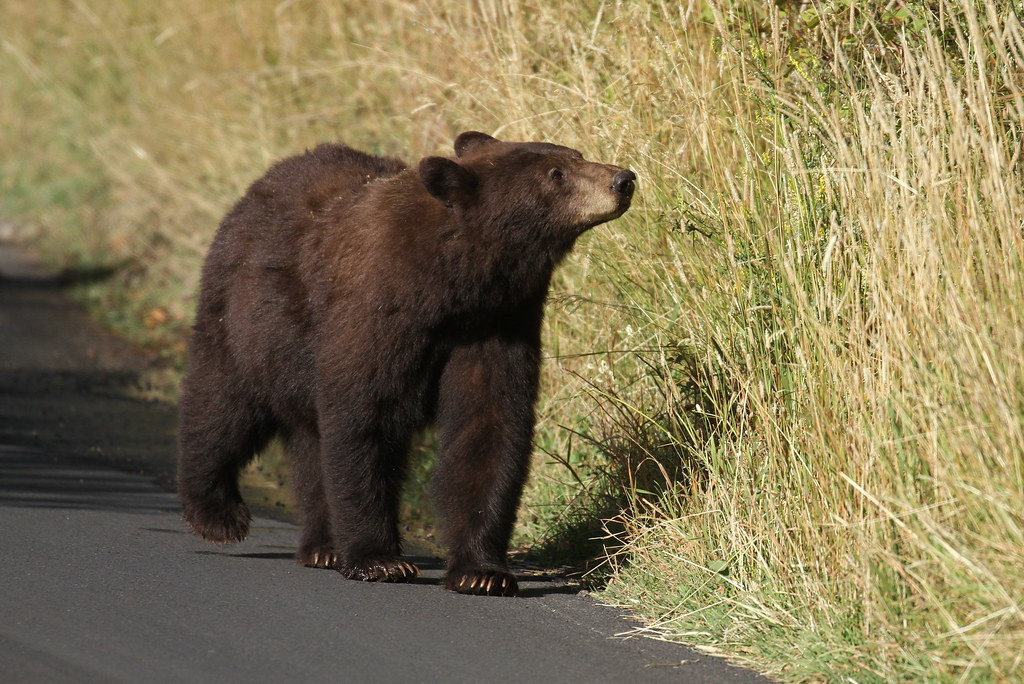 The black bear is an opportunistic feeder, but not an avid predator. The bulk of its diet is made up of plants. (Photo courtesy Alex Lamoreaux/iNaturalist CC BY-NC) 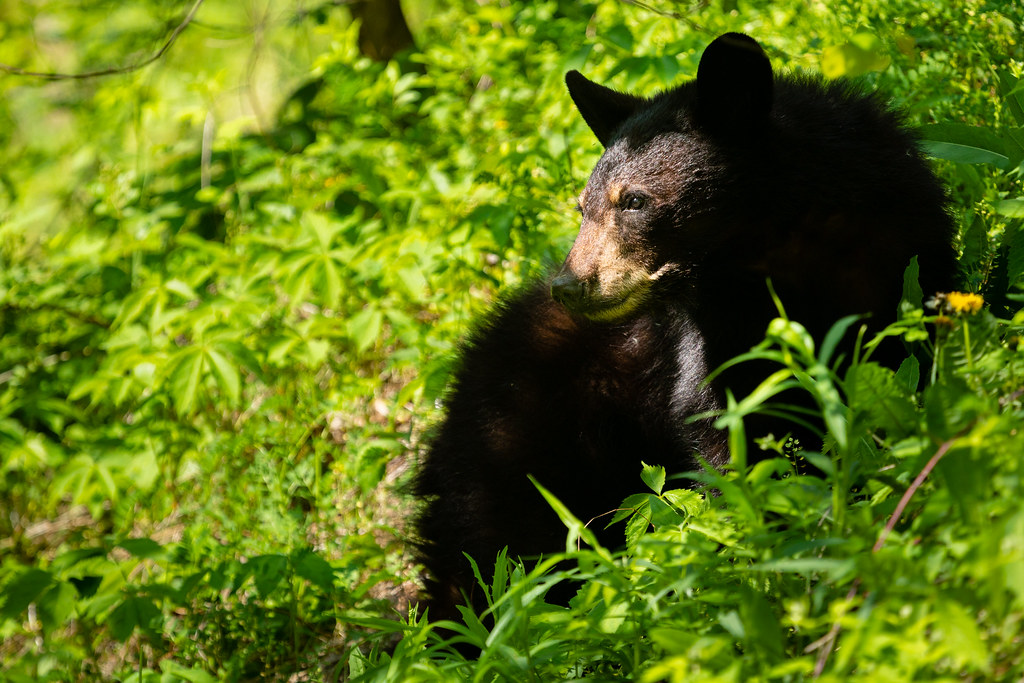 Male black bears weigh between 130 and 350 pounds, but can be as large as 600 pounds. Females weigh 90 to 175 pounds. Above, a young American black bear pauses while foraging for leaves near a roadside in George Washington and Jefferson National Forest in Alleghany County, Va., on May 12, 2018. (Photo by Will Parson/Chesapeake Bay Program) 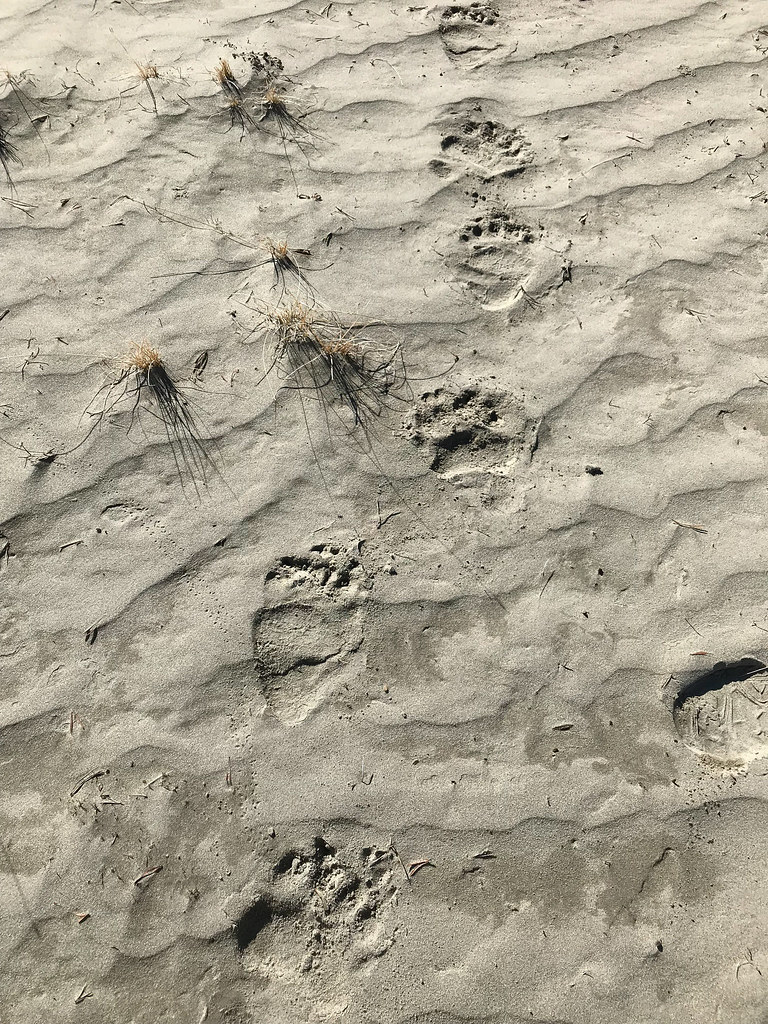 Black bears have five toes on their front and back feet. (Photo courtesy grnleaf/iNaturalist CC BY-NC)

Also known as the cinnamon bear, the American black bear is a common bear whose color varies from black to yellow-brown.

The American black bear has a head and body five to six feet in length and stands two to three feet tall at its shoulders. The male weighs between 130 and 350 pounds, but can be as large as 600 pounds, while the female weighs 90 to 175 pounds.

The bear's color varies from black to cinnamon or yellow-brown with a small patch of white often present on its chest. Some populations along the Pacific coast have blue fur, and about 10 percent of black bears in British Columbia have a white coat. It has a brown face with small, rounded ears. It has a short tail which is largely hidden in its long fur. The bear has short claws that are helpful for climbing.

The American black bear is an opportunistic feeder, but not an active predator. The black bear will eat forms of carrion (dead and decaying flesh), but the bulk of its diet is made up of plants. It feeds on berries, nuts, roots, insects and insect larvae, fish, small mammals, eggs, honey, birdseed, carrion and garbage.

Cubs can be killed by large predators like wolves or mountain lions. Most adult black bears that are killed are done so because of encounters with humans; their deaths resulting from gunshots, trapping, motor vehicle accidents or other interactions with people.

Adult vocalizations vary from a loud growl when fighting, to a woof-woof to warn cubs of danger, to a whimper to call cubs. Cubs can produce shrill howls when lonely or frightened.

Adult females establish their territories during the summer. Males have a home range of 15 miles or more, often overlapping the smaller ranges of several females. Mating season peaks from June to mid-July. Females normally give birth once every other year, but sometimes wait three or four years between pregnancies.

Pregnancy lasts about 220 days, which includes a delayed implantation. Fertilized eggs are not implanted in the uterus until fall; embryonic development occurs during the last 10 weeks of the pregnancy. Litters of two to three cubs (sometimes as little as one or as many as five or six) are born in January or February.

Cubs are born naked and blind and will remain in the den with their hibernating mother to nurse throughout the winter. Cubs are weaned at six to eight months old, but will remain and den with their mother during their second winter. American black bears can live 30 years or more.