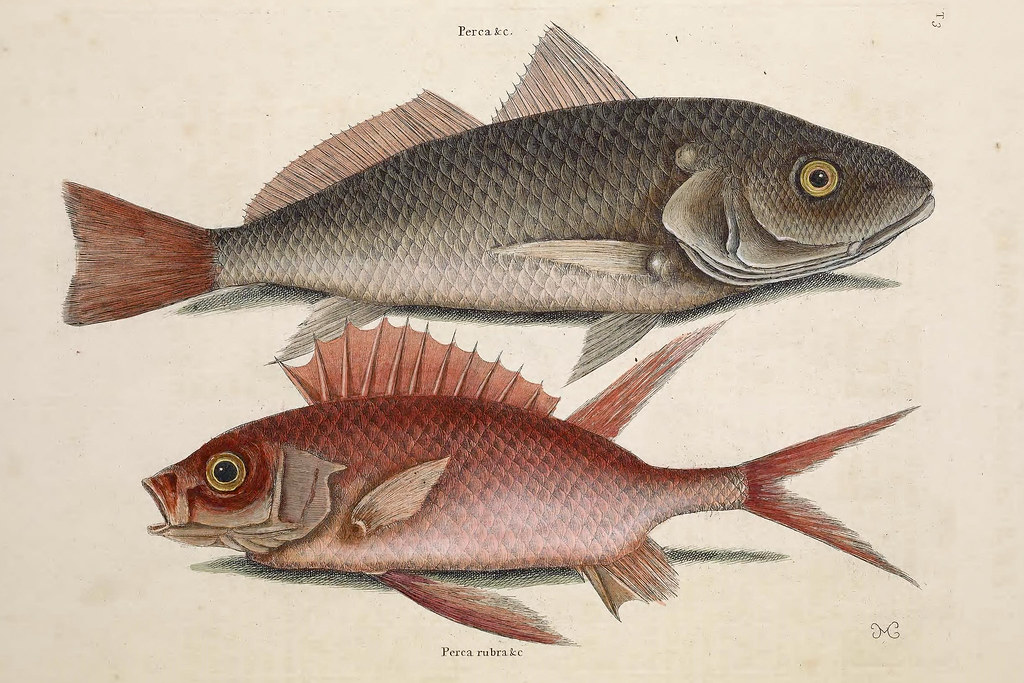 The Atlantic croaker. (Illustration by Mark Catesby from The Natural History of Carolina, Florida and the Bahama Islands) 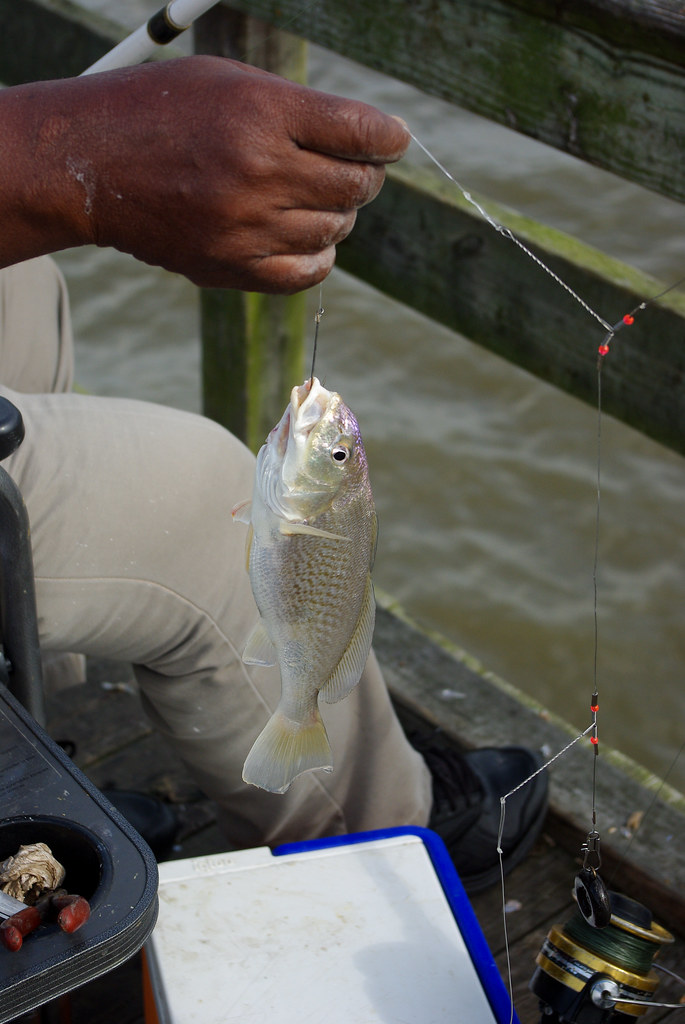 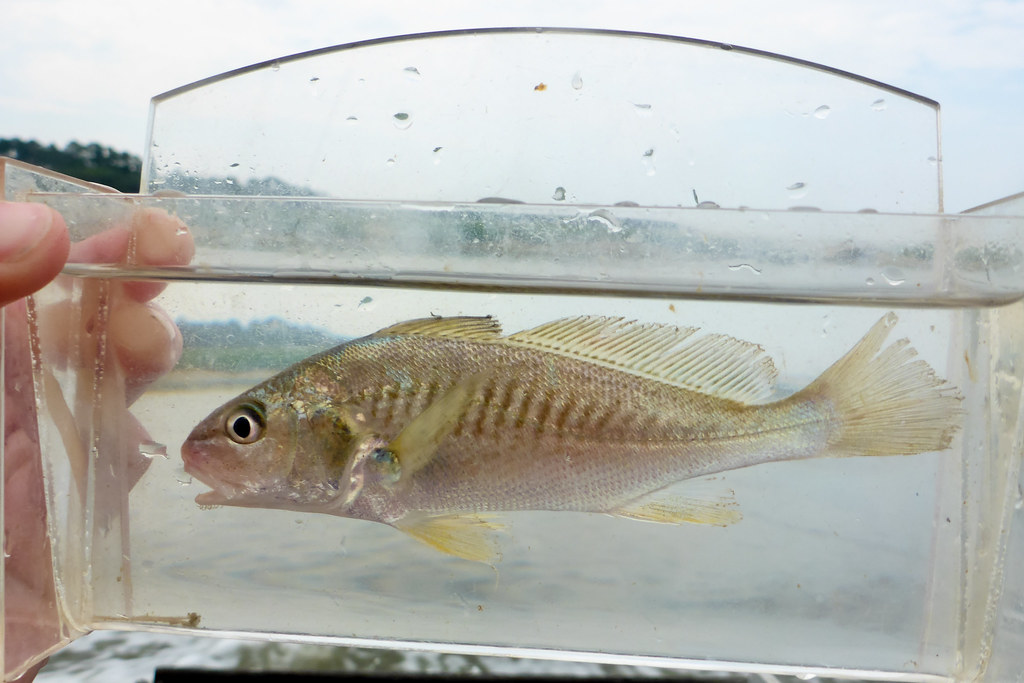 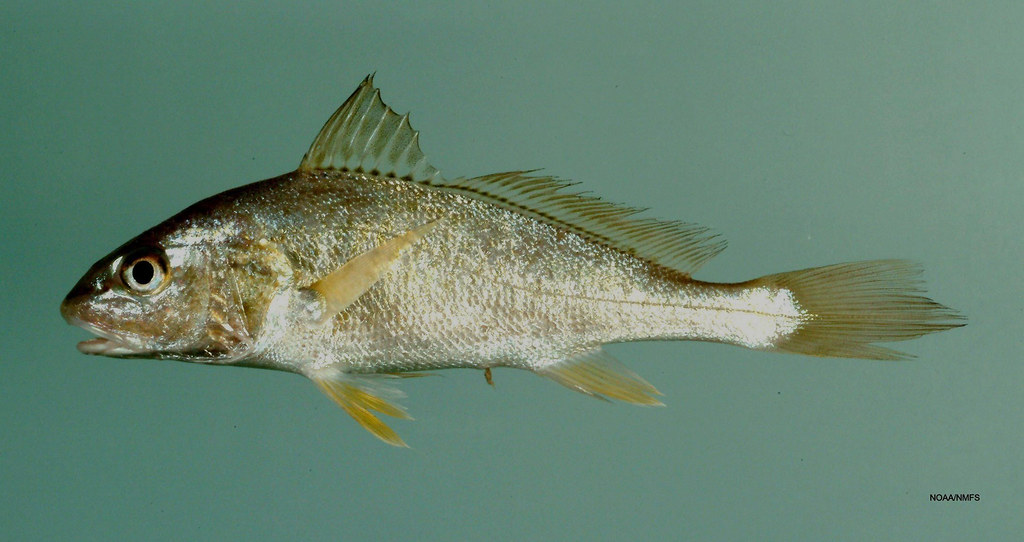 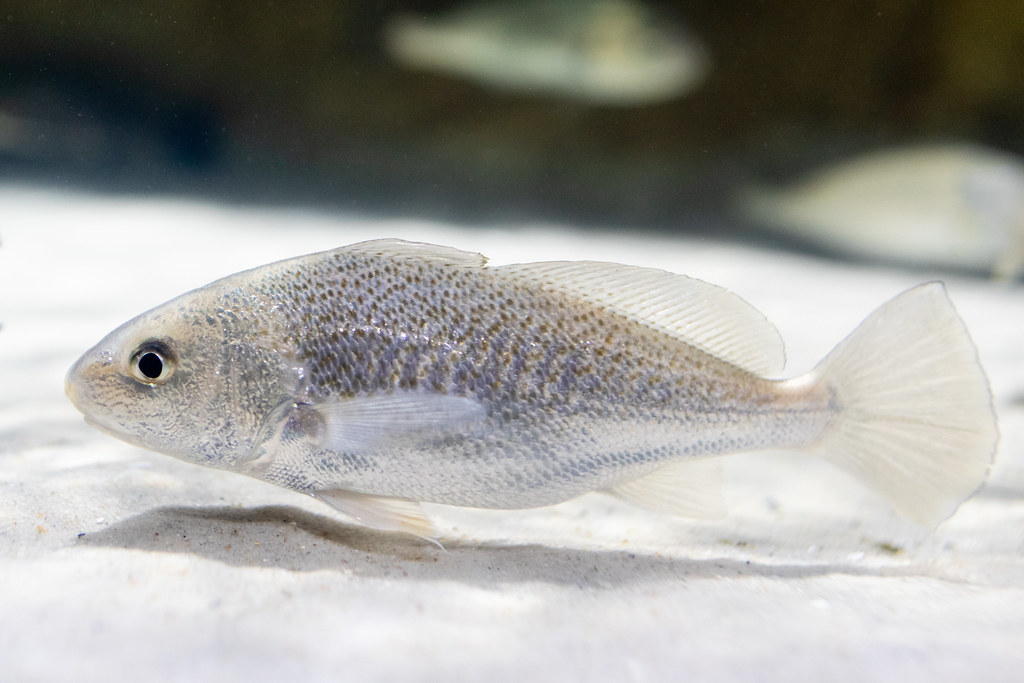 An Atlantic croaker (Micropogonias undulatus) swims at the Virginia Living Museum in Newport News, Va., on Dec. 30, 2018. (Photo by Will Parson/Chesapeake Bay Program)

The Atlantic croaker is a silvery-pink fish that makes a loud “croaking” sound. It visits the Chesapeake Bay from spring through autumn.

The Atlantic croaker has a silvery body with a pinkish glow and a silvery or brassy white belly. Brassy brown spots form faint, irregular stripes on its back and dorsal fin. It grows to about 18 to 20 inches in length, but can be as long as 24 inches. Three to five pairs of small barbels which are whisker-like sensory organs, appear on its chin. Its tail fin is slightly pointed and it has a deep notch in its dorsal fin.

Larger fish such as bluefish, weakfish and striped bass prey on Atlantic croakers.

Spawning occurs over the continental shelf in July to February, with a peak in August to October. Beginning in August, tiny young enter the Bay and travel to low-salinity and freshwater creeks. They move to deeper parts of tidal rivers for the winter. Juveniles leave the Bay with the adults the following autumn, maturing at 2 to 3 years old. Atlantic croakers can live for 7 to 8 years.