An eastern ratsnake (Pantherophis alleghaniensis) is caught and released in Harford County, Md., on May 29, 2018. (Photo by Will Parson/Chesapeake Bay Program) 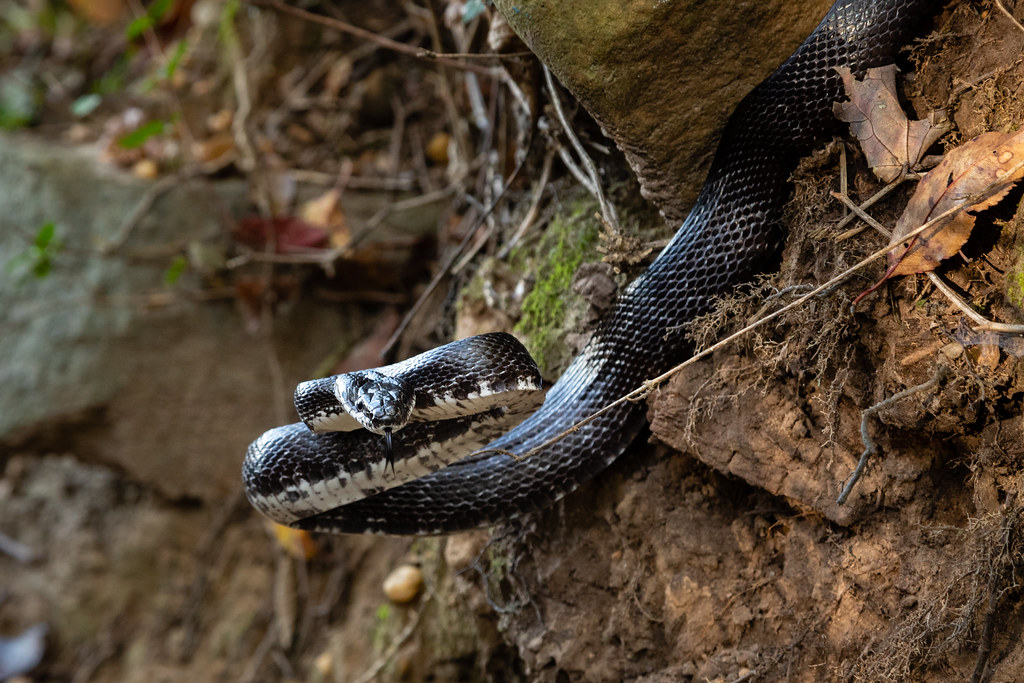 When alarmed, black rat snakes will coil their body to appear threatening. Above, an eastern ratsnake retreats from a hiking trail at Eastern Neck State Park in Cecil County, Md., on Nov. 1, 2018. (Photo by Will Parson/Chesapeake Bay Program) For noncommercial use contact the Chesapeake Bay Program

An eastern ratsnake crosses the Anacostia River in Washington, D.C., on June 16, 2018. (Photo by Will Parson/Chesapeake Bay Program) 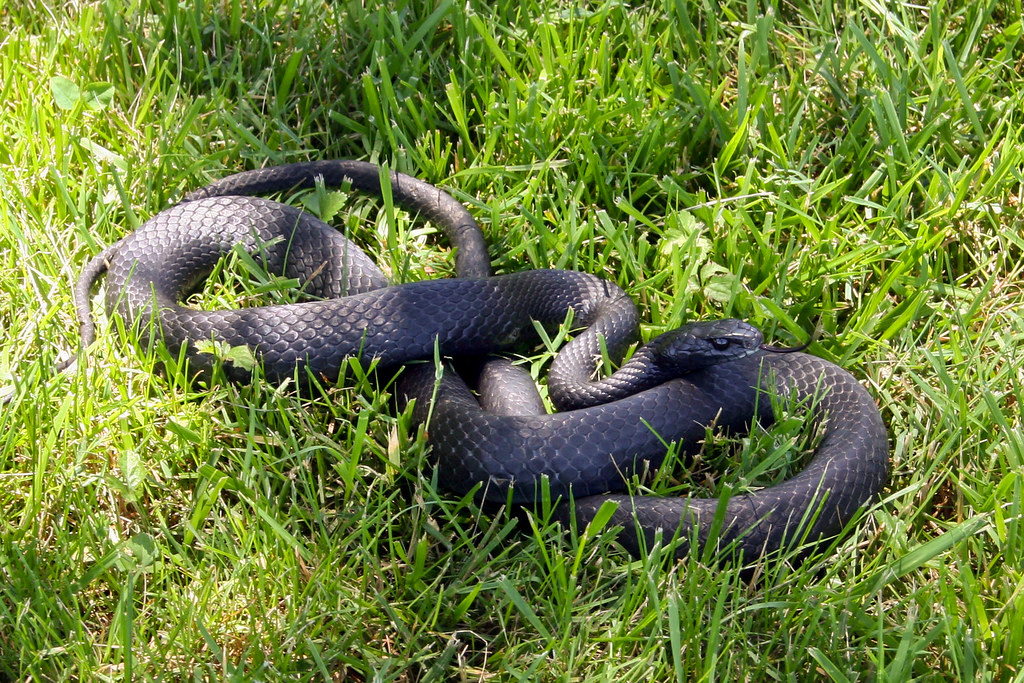 The black rat snake is a non-venomous snake with a long, black body and white belly. It can be found throughout the Chesapeake Bay watershed, from the mountains to the shoreline.

The black rat snake grows to three to six feet in length. It has a black, scaly body and a white belly and chin. Young black rat snakes, called hatchlings, are light gray with black blotches along the back.

Black rat snakes mostly eat small rodents, such as mice, rats, moles and chipmunks. They are also known to feed on small lizards, frogs and bird eggs. They kill their prey by constriction, which means the snake coils its body around the prey and holds on until the prey suffocates to death. It then swallows its prey whole and digests it slowly, over the course of several days.

The black rat snake’s most common predators include foxes, hawks and owls. It protects itself from predators by coiling its body and vibrating its tail in dead leaves, imitating the sound of a rattle. If they are picked up or handled, they may also release a foul-smelling musk to deter predators from eating it. Among the many species of rat snakes, black rat snakes are known to be the most combative when threatened.

These snakes emerge from hibernation in March through May and seek out a mate in late April to early June. Females typically reach sexual maturity at around four years old. Males use pheromones to initiate mating with females that pass through their territory. Five weeks after mating, females lay 12 to 20 eggs in a hidden area, such as under leaves or within a hollow log. Eggs hatch 65 to 70 days later. Females may lay two egg clutches per year, if conditions are right. Black rat snakes typically live 10 to 15 years in the wild; however, these snakes have been known to live over 30 years in captivity.