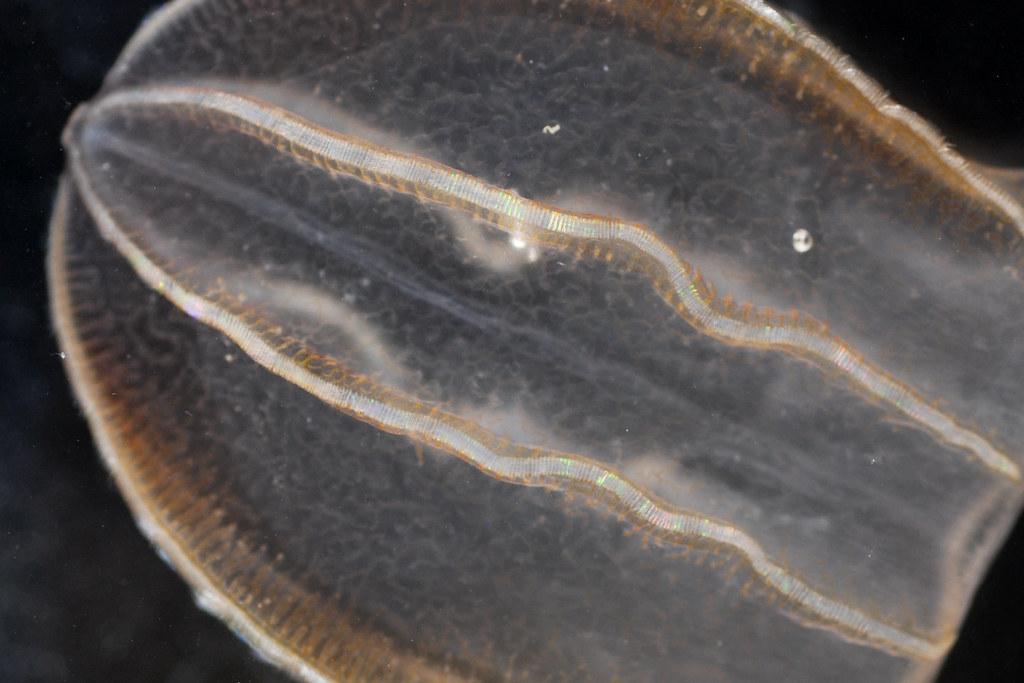 Comb jellies have bright, iridescent color bands, which are made up of tiny hairs called combs. Above, a pink comb jelly, Beroe ovate, from the Rhode River in Anne Arundel County, Md., is seen on Oct. 10, 2014. (Photo courtesy Robert Aguilar/Smithsonian Environmental Research Center) 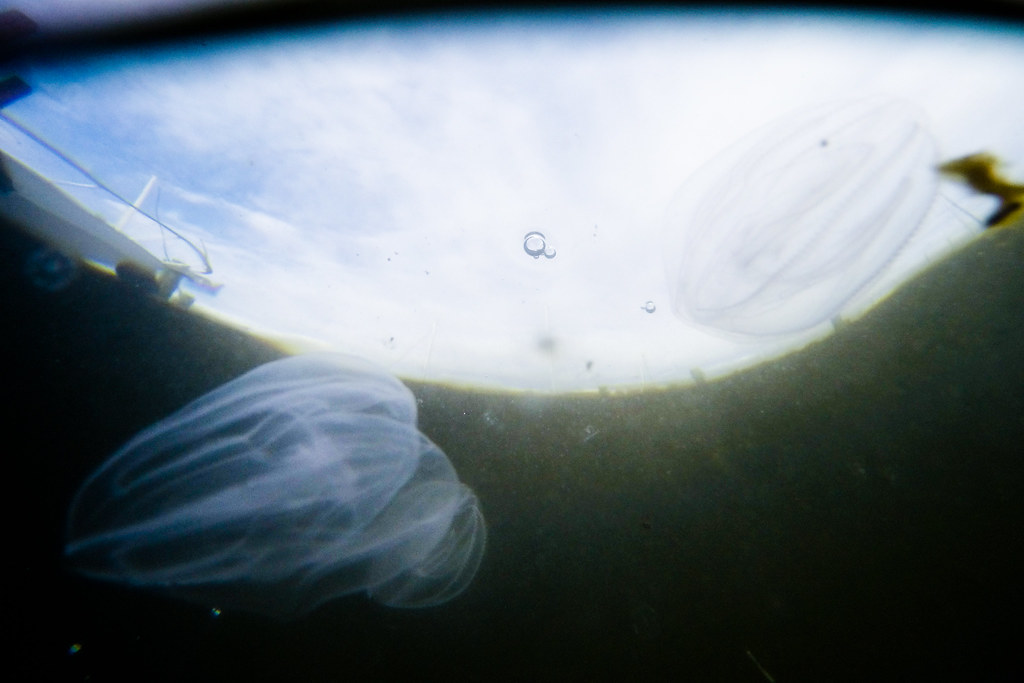 Comb jellies are transparent, jelly-like invertebrates with bright, iridescent color bands. They live near the water’s surface in the middle and lower Chesapeake Bay.

Comb jellies have transparent, jelly-like bodies with bright, iridescent color bands, which are made up of tiny hairs called combs. The bands divide the body into eight symmetrical parts. Sea walnuts have a colorless, walnut-shaped body, with two of their body lobes longer than the rest. Pink comb jellies have a sac- or egg-shaped body that is often tinted pinkish to reddish-brown. Comb jellies grow to about 4 inches.

Sea jellies are voracious feeders of planktonic organisms, including copepods and fish larvae. They can consume almost 500 copepods per hour. They eat by continuously pumping water into their body cavities.

Even though they are both comb jellies, the pink comb jelly is a major predator of the sea walnut.

Spawning occurs at night when water temperatures warm to 66-73 degrees. Comb jellies have both male and female reproductive organs and can fertilize themselves. Each comb jelly releases about 8,000 eggs per spawn. Unlike jellyfish, comb jellies develop without distinctive larval and polypoid stages. Comb jelly species are difficult to distinguish from each other when they are young. Young are able to reproduce 13 days after hatching.