The shell of the common spider crab measures about four inches from front to back. When its legs are stretched out, the spider crab can reach a spread of one foot. (Photo courtesy of joo0ey/Flickr CC BY 2.0) www.flickr.com/photos/joo0ey/4825042415/in/photolist-8mnB1t 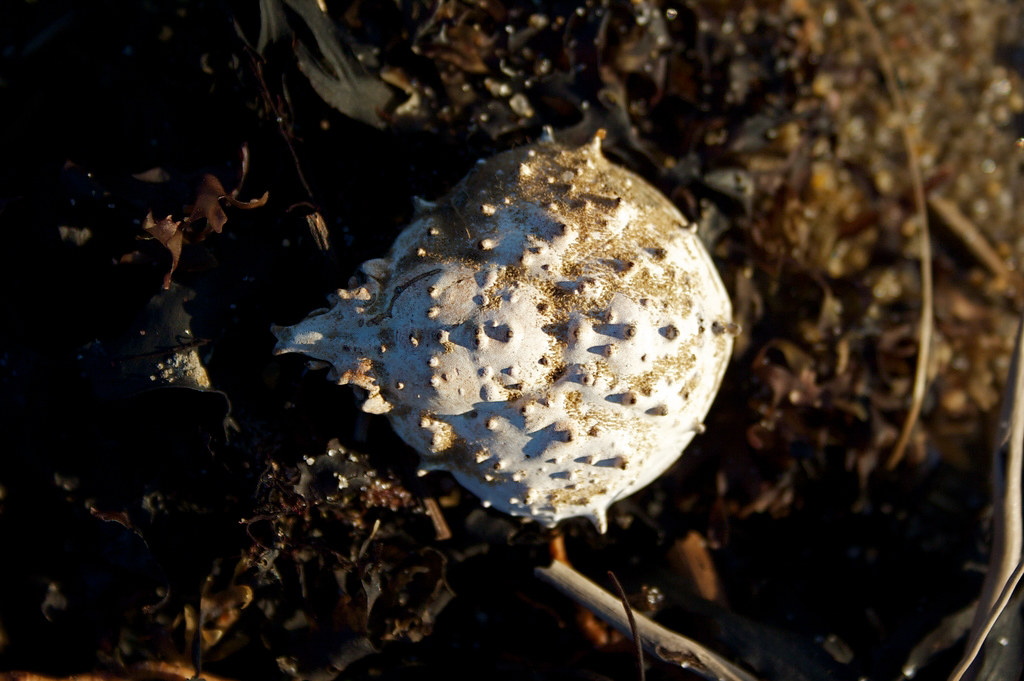 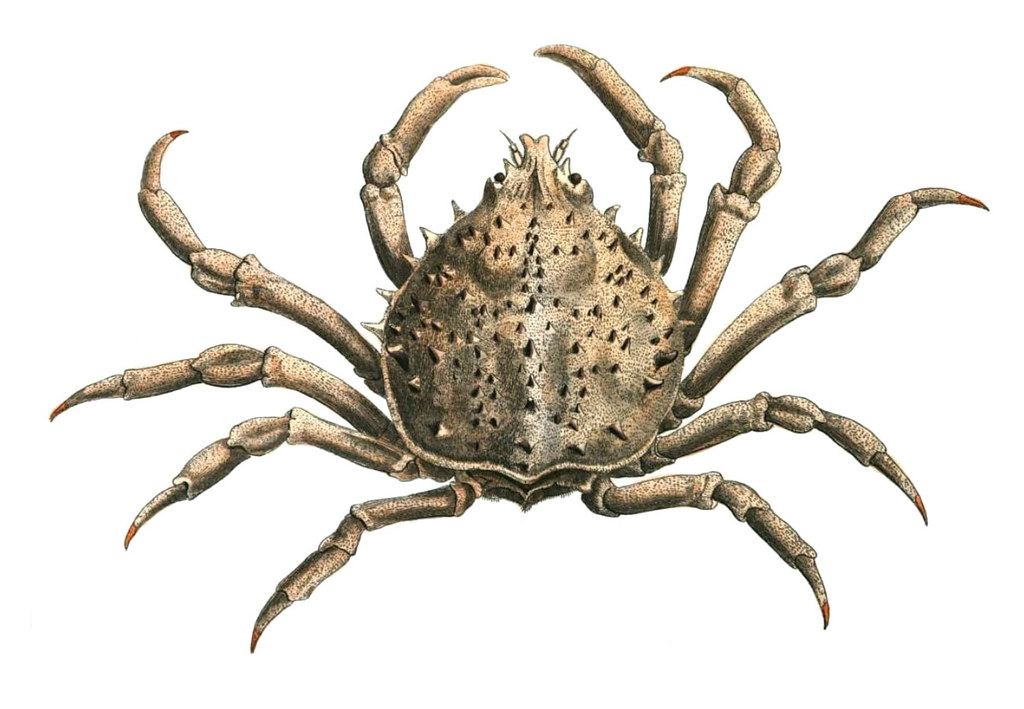 Sensitive tasting and sensing organs located on the tips of the common spider crab's walking legs allow the sluggish scavenger to identify food in the water or mud as it walks. (R.P. Nodder/Wikimedia Commons)

Also known as the portly spider crab or the nine-spined spider crab, the common spider crab is a long-legged and slow-moving crustacean that covers itself in algae and small debris as a defense against predators.

The common spider crab has a khaki-colored, triangle-shaped carapace (shell) that measure about four inches front to back and features a median row of nine low spines (which differentiate the creature from the six-spined spider crab). Its shell is often ornamented with various spines and tubercles and clothed in algae, debris and small invertebrates held in place by hook-like hairs. When its legs are outstretched, the common spider crab can reach a spread of up to one foot, while males grow larger than females. The crab has white, narrow claws that are slow and not very strong, and has a tapered snout and short eyestalks.

These crabs are sluggish and unaggressive scavengers with poor eyesight. Sensitive tasting and sensing organs located on the tips of its walking legs allow the common spider crab to identify food in the water or mud as it walks. It will often feed on large starfish.

Spider crabs belong to a group known as "decorator crabs": the crab's main defense against predation is ability to camouflage itself with various spines and tubercles, algae, debris and small invertebrates. When startled, it will wave its pincers over its head in a warning gesture.

The common spider crab must molt to grow. When molting, this crab clings to top of eelgrass close to water's surface. They have been observed molting in large "pods" in the fall, hibernating in dense patches in the winter and mating in large groups in the spring. Females close to releasing eggs are held behind males and aggressively protected. Young hatch from eggs that are bright orange-red when laid but turn brown during development, which takes about 25 days.