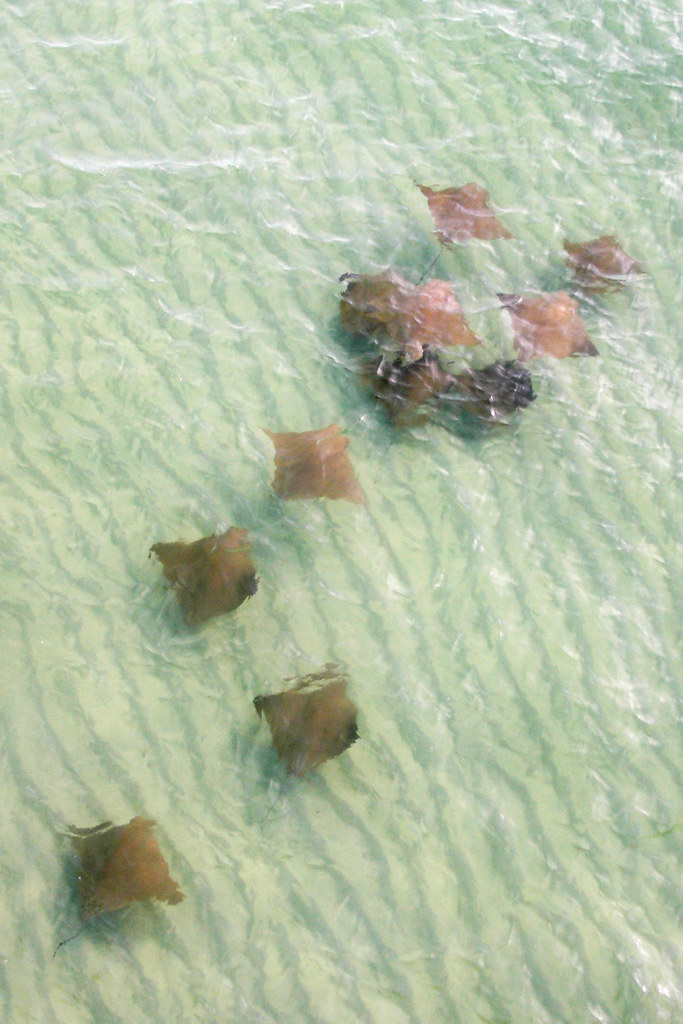 Cownose rays form schools based on sex and age. Some schools can be very large. (Dorothy Birch/Flickr) 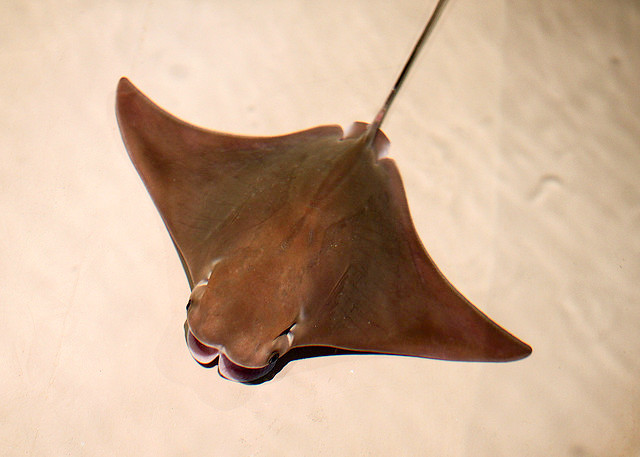 Cownose rays are sometimes called “doubleheads” because of the indentation around their snout. (Mr. T in DC/Flickr) 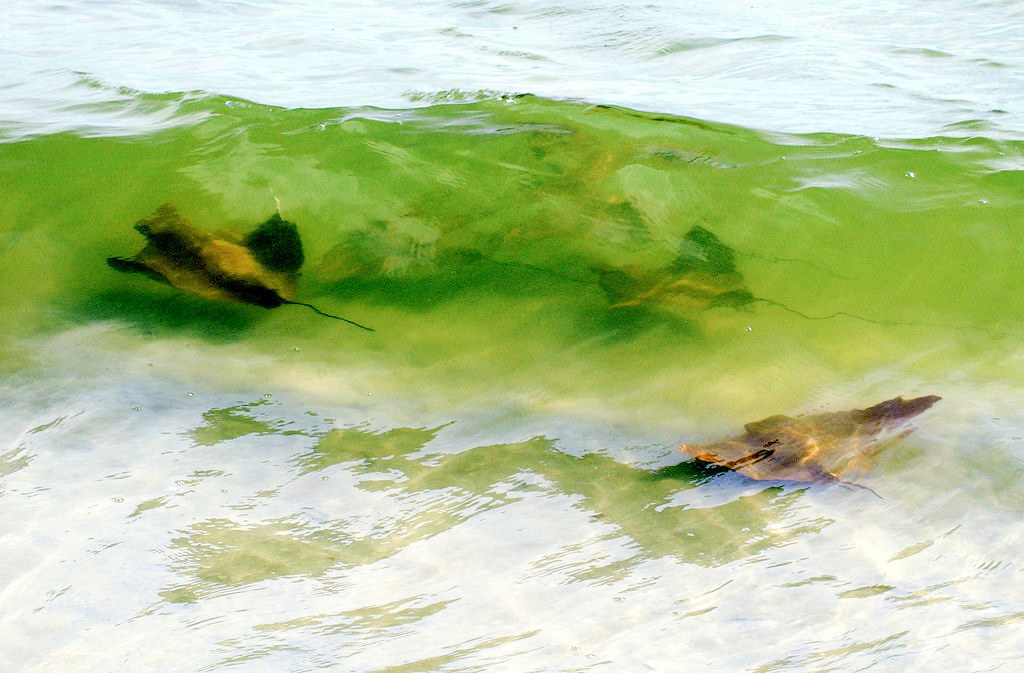 Cownose rays live in schools near the surface of shallow waters. (Today is a good day/Flickr) 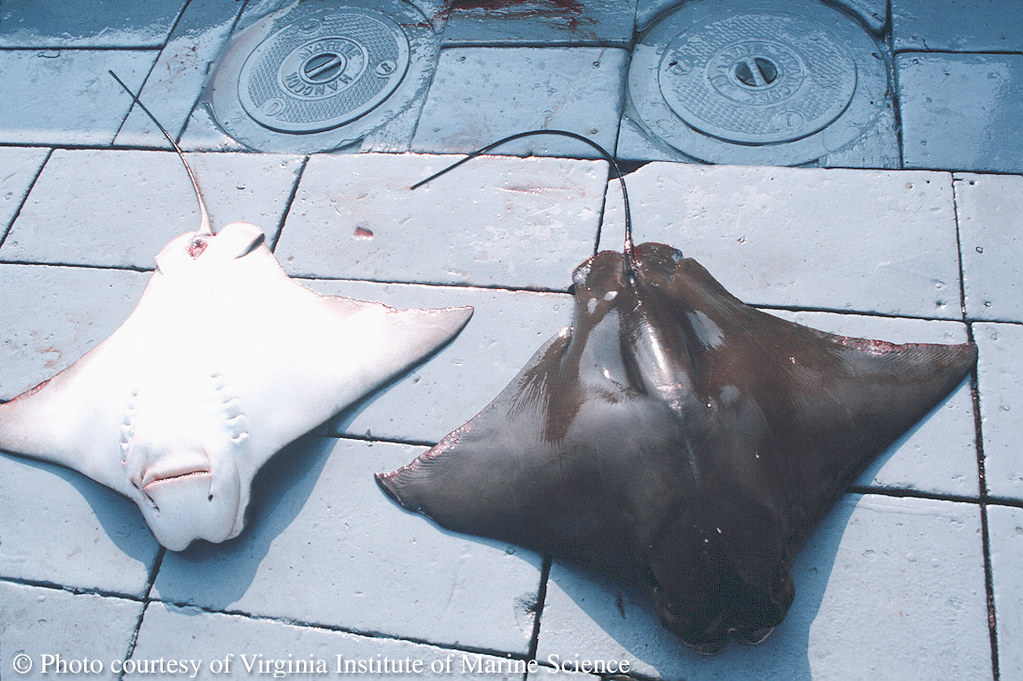 Cownose rays vary in color from brown to olive green with a whitish belly. (Virginia Institute of Marine Science)

The cownose ray is a brown, kite-shaped ray with a long, whip-like tail. It is a highly migratory species along the Atlantic Coast that visits the shallow waters of the Chesapeake Bay in summer each year to give birth and mate.

The cownose ray's kite-shaped body has a wingspan of up to three feet and can weigh as much as 50 pounds. It varies in color from brown to olive green with a whitish belly and a long, brown tail that looks like a whip. Its squared, indented snout resembles a cow’s nose.

Cownose rays are opportunistic feeders, eating whatever is available. In the Chesapeake Bay, they eat mostly softshell clams, macoma clams and razor clams, but they will eat oysters and hard clams when available.

They find their prey by flapping their fins against the bottom to uncover buried shellfish, then using their powerful dental plates to crush the shells open. Although recent diet studies have shown that oysters and hard clams were not found to be large parts of the cownose ray's diet, intensive feeding on oysters or clams can occur.

Mating takes place in June or July each summer. After mating, male cownose rays leave the Bay while females stay until October. After an 11-month pregnancy period, females give birth to a single live young, called a pup, in mid-June the following summer. At birth, pups are about 11 to 18 inches long. After birth, mating occurs and the cycle begins again.