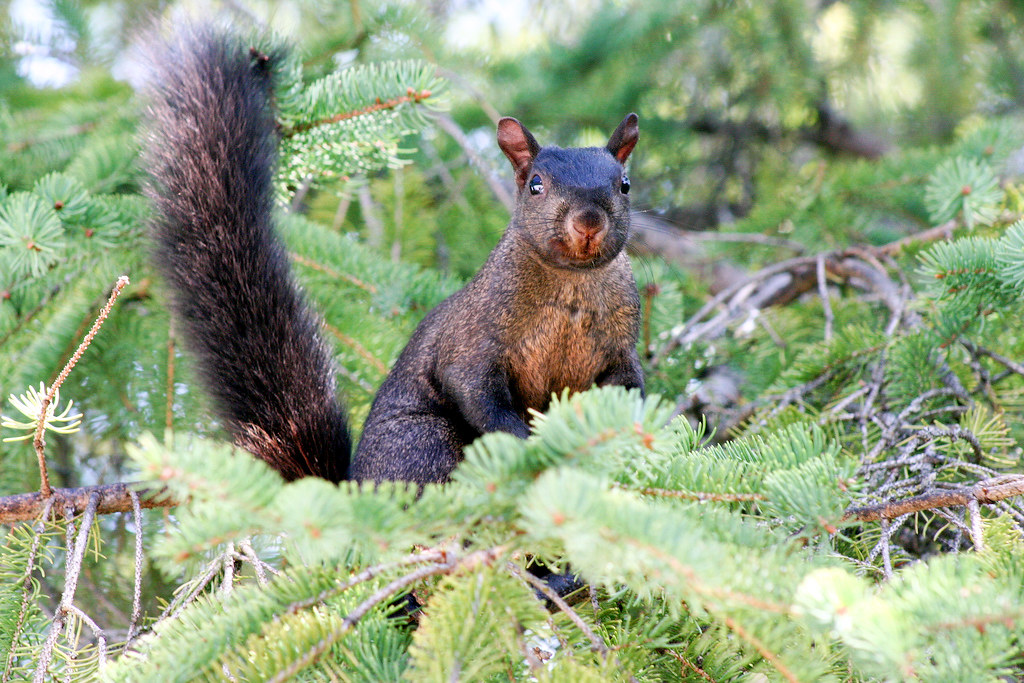 Some gray squirrels are completely black. This is called melanism. (Bobolink, Flickr) 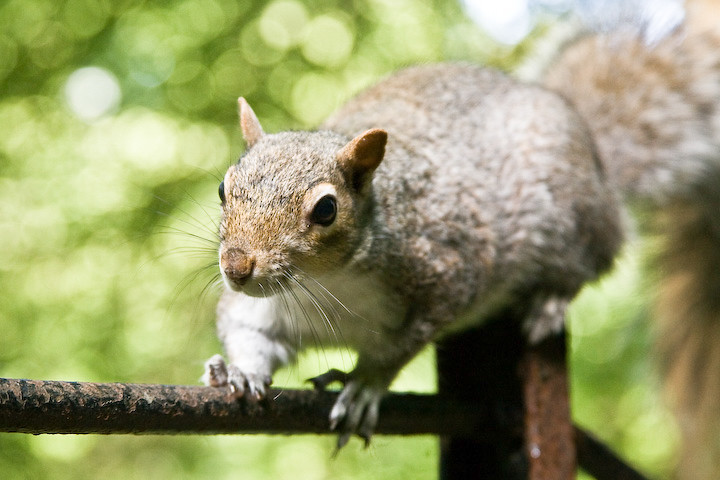 The gray squirrel's busy tail has many uses, including helping the squirrel keep its balance. (Ryan Woolies/Flickr)

The eastern gray squirrel is a grayish-brown, bushy-tailed rodent that lives in forests, parks and backyards throughout the Chesapeake Bay watershed.

Eastern gray squirrels feed mostly on nuts and acorns from oak, beech, walnut and hickory trees, as well as seeds, fruits, bulbs and flowers from other plants and trees. They will also eat frogs, insects, bird eggs and farm crops such as corn and wheat. They store nuts and seeds at the end of summer to eat throughout the winter.

Minks, weasels, bobcats, raptors, red foxes and other predatory animals prey on eastern gray squirrels. The squirrels will emit a warning call to let other squirrels know predators are near. They are hard to capture because they can climb and jump among trees quickly and easily.

Chattering, rasping and barking are all examples from the grey squirrel’s vocabulary who become particularly noisy when alarmed or angry.

Mating occurs twice per year, in December to February and again in May to June. Females nest alone while pregnant. After 44 days, the female gives birth to 2 to 3 blind, naked young. The female cares for her young until they are weaned at about 10 weeks old. Males reach sexual maturity at 11 months old, while females mature at about 15 old. Eastern gray squirrles can live up to 12 years in the wild.