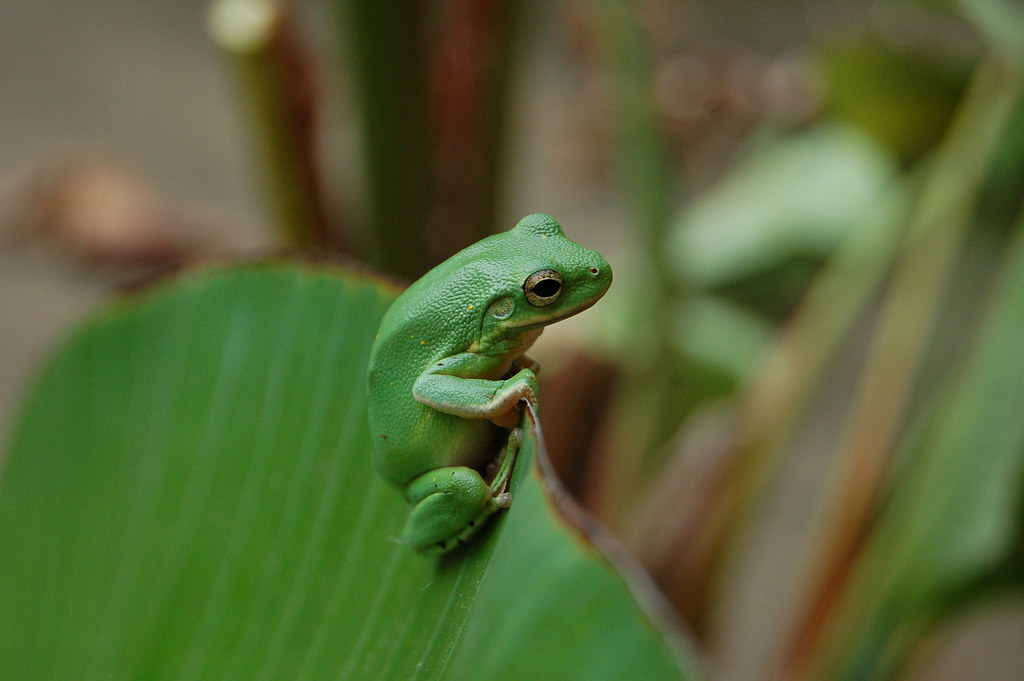 The green treefrog is most active at night, and sleeps during the day in moist, shady areas, like the undersides of leaves. (Mangrove Mike/Flickr) 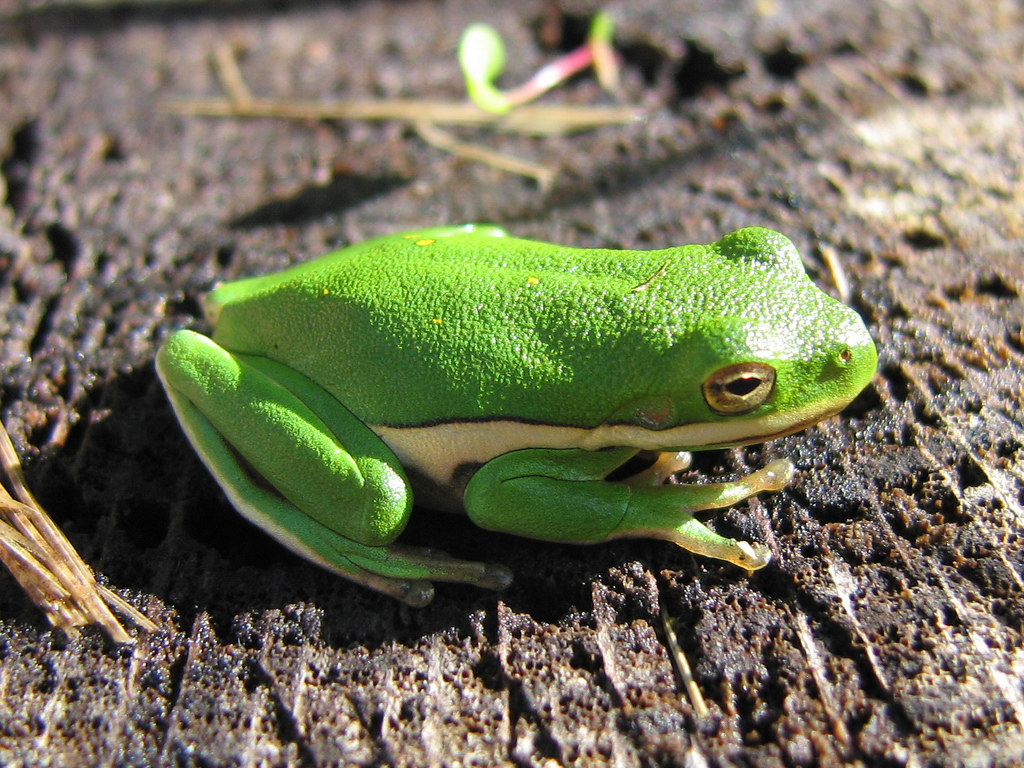 The coloring of the green treefrog varies from bright green to greenish gray or yellow green. (GregTheBusker/Flickr)

The green treefrog is a small amphibian that can be found in ponds, lakes, marshes and streams in parts of Virginia, Maryland and Delaware.

Green treefrogs reach 1 ¼ to 2 ½ inches long. Females tend to be larger than males. Their color varies from bright green to greenish gray or yellow green on back, with white or cream-colored stomach. Yellow or white stripes may run down the sides of its body, and gold spots may appear on its back. Sticky toe pads on its long toes are used for gripping.

These frogs eat small insects and other invertebrates like crickets, moths and flies. They can often be found clinging to windows or walls, trying to feed on insects that are attracted to light.

Predators include snakes, lizards, birds and large fish, while the treefrog's coloring serves as effective camouflage.

Green treefrogs sound like a nasal, bell-like "queenk-queenk-queenk", repeated up to 75 times per minute. Their call is loudest during damp weather.

Green treefrogs breed from March to October in warmer areas and from April to September in milder climates. Hundreds, sometimes thousands of males gather together at a breeding site and call out to attract the attention of females. Females lay approximately 400 eggs, hidden among aquatic vegetation.

Males fertilize the eggs once they are laid. About five days after fertilization, eggs hatch. Eight to ten weeks after hatching, tadpoles develop front and rear legs. Once their legs become fully functional, green treefrogs leave the water and venture onto land. Captive green treefrogs can live up to 6 years.