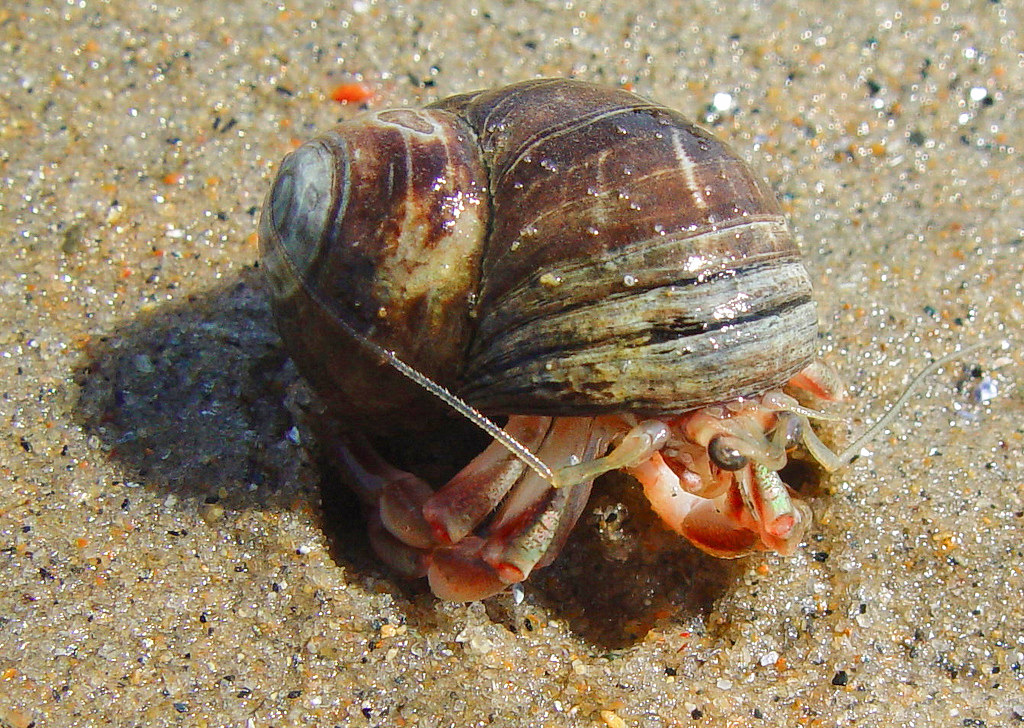 Hermit crabs lack a shell, so they must “borrow” an empty one that originally belonged to another animal, such as a snail, periwinkle or oyster drill. (Einhorn Research/Flickr)

Hermit crabs are small crustaceans that lack a shell and must “borrow” one from another animal. They live on beaches, mud flats and shallow waters throughout the lower Chesapeake Bay.

Preyed upon by larger animals, including fish, blue crabs and large snails.