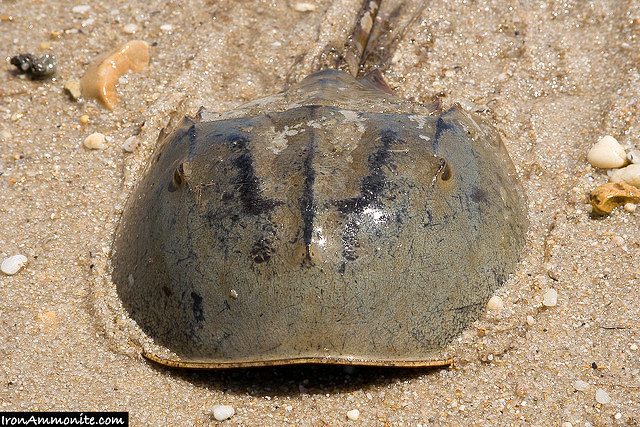 Horseshoe crabs have widely spaced eyes that look like bumps on the top of the shell. (Paul Williams/Flickr) 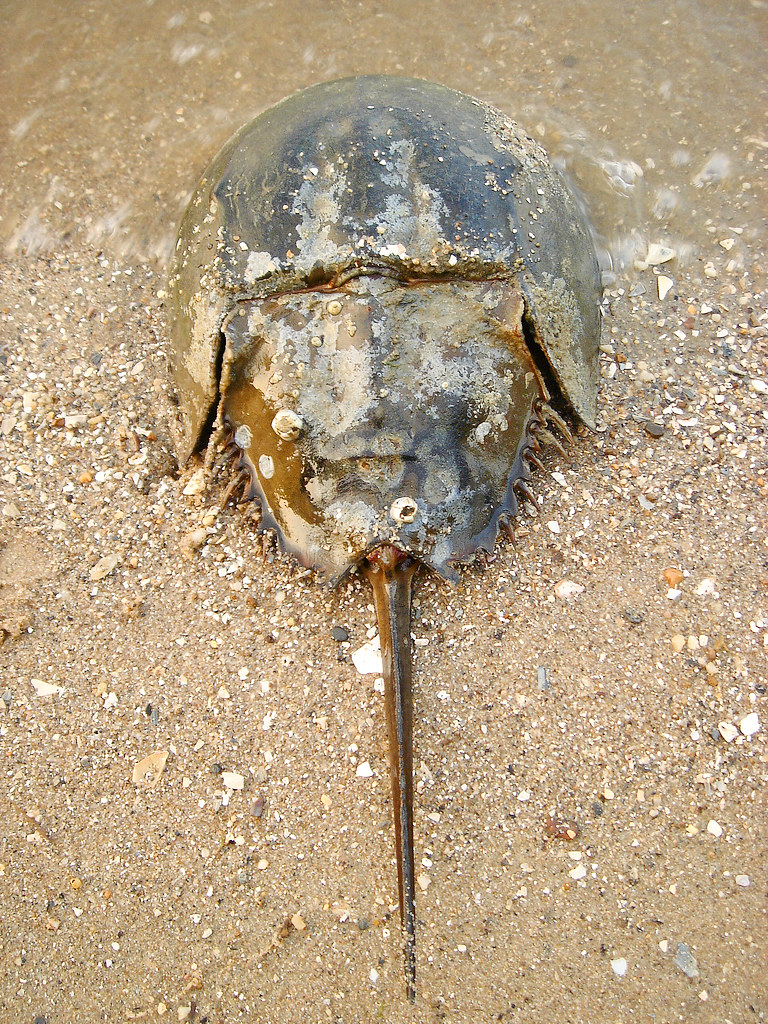 The horseshoe crab is a primitive-looking arthropod with a hard, brownish-green exoskeleton and a spike-like tail. (Fred Scharmen/Flickr) 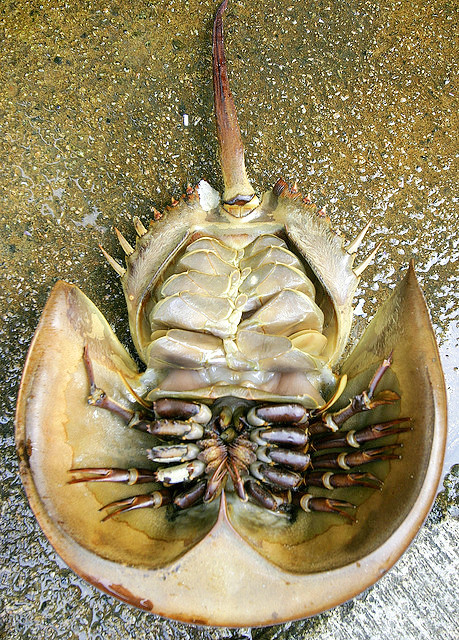 Volunteer Wilmer Nelson feeds a horseshoe crab at the Chesapeake Bay Touch Tank exhibit at the Virginia Living Museum in Newport News, Va., on March 9, 2016. Visitors were able to gently touch the crab as well as sea stars and other marine life. (Photo by Will Parson/Chesapeake Bay Program)

A horseshoe crab resides at the Virginia Living Museum in Newport News, Va., on March 9, 2016. (Photo by Will Parson/Chesapeake Bay Program) 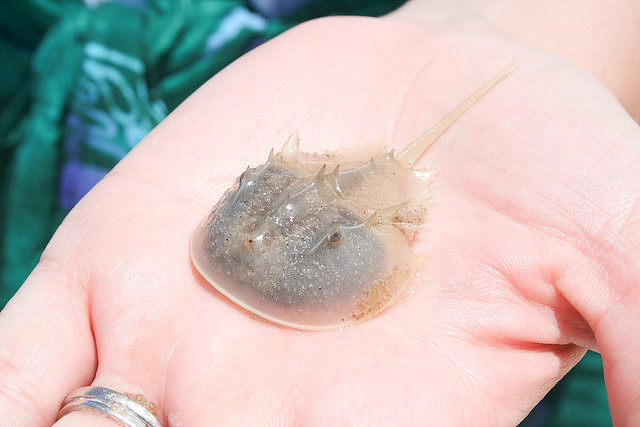 The horseshoe crab is a primitive-looking arthropod with a hard, brownish-green exoskeleton and a spike-like tail. It visits the Chesapeake Bay’s sandy beaches each spring and summer to spawn.

Horseshoe crabs grow to two feet in length. They have a hard, rounded, brownish-green exoskeleton, a spike-like tail and five pairs of jointed legs. Their widely spaced eyes look like bumps on the top of their shell. Their gills have folds of membranes that look like the leaves of a book. Juveniles are sand-colored.

The horseshoe crab eats mostly worms and mollusks such as razor clams and soft shell clams. It spends most of its time rooting through bottom sediment looking for food. Because they lack jaws, these crabs use the spiny bases of their legs to crush and grind their food, then push it into their mouths.

Spawning takes place in spring and summer (peaking in May-June), usually during evening high tides when the moon is full or new. Large numbers of adults crawl up onto sandy, protected beaches to mate and lay eggs. Females lay clusters of about 4,000 greenish eggs in the sand around the high-tide mark. They return to the beach to lay more eggs during high tides throughout the season. Eggs take about one month to develop and hatch. Young swim to shallow, sandy, protected nursery areas, where they remain for up to two years.