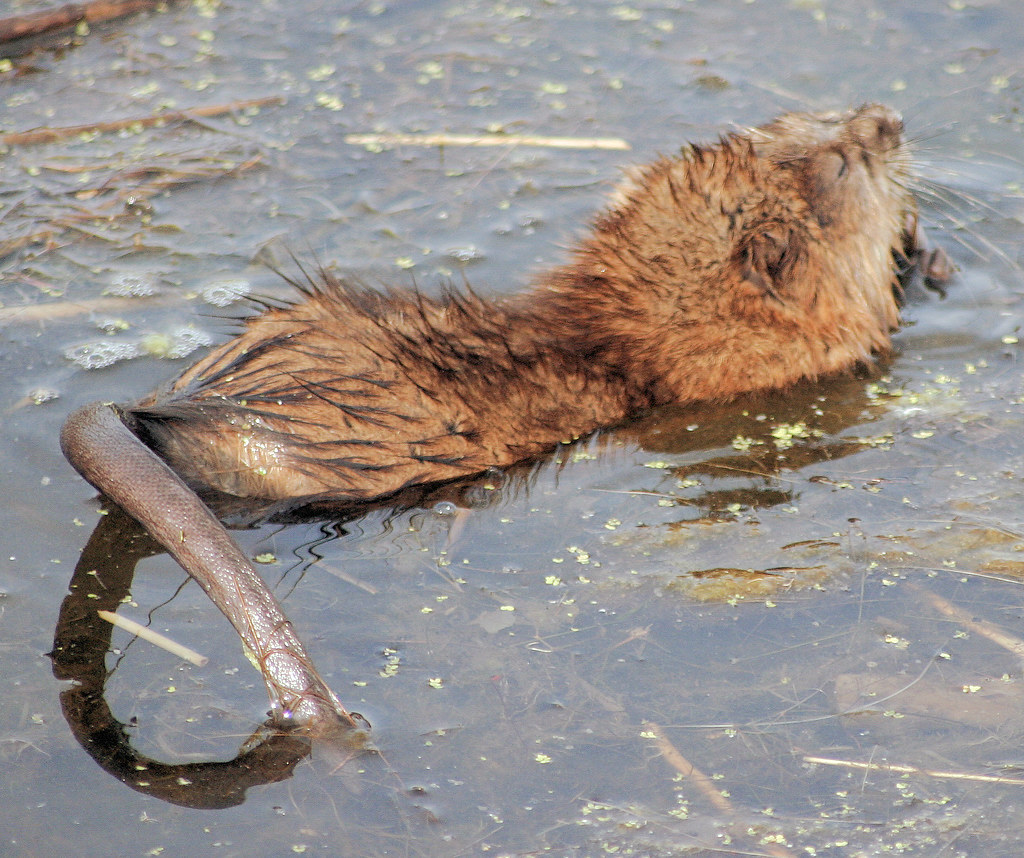 Muskrats have long, scaly, hairless, rudder-like tails that are flattened on either side. (Diane Hamilton/Flickr) 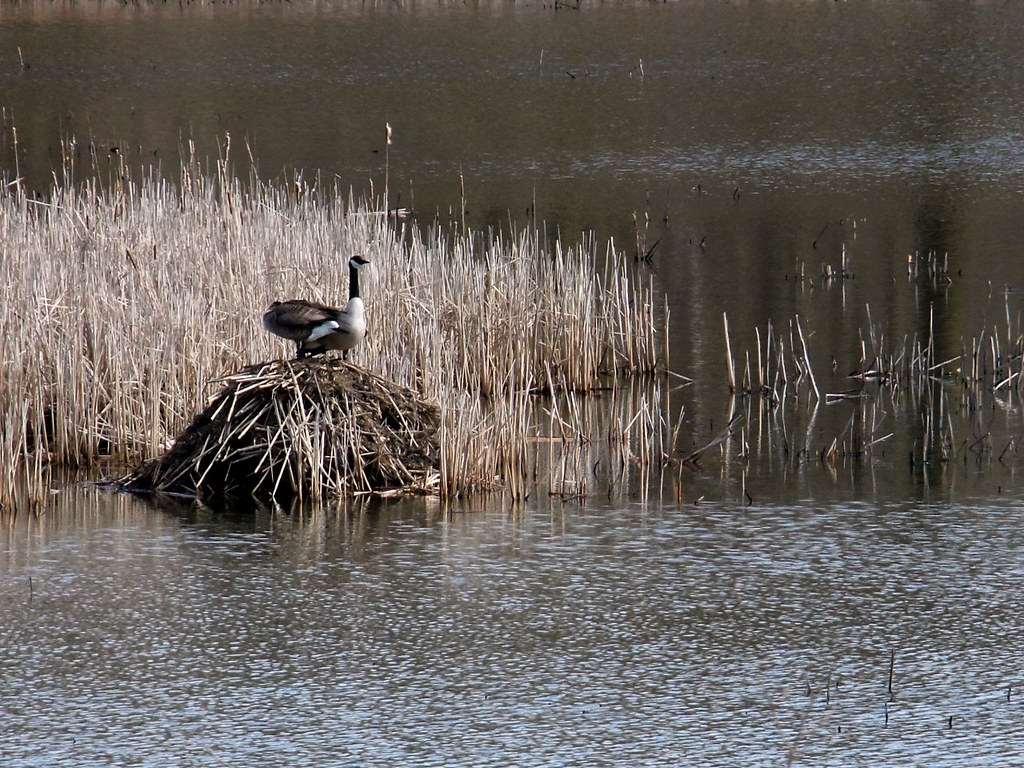 Snakes, turtles, Canada geese and many other animals use the tops of muskrat lodges as habitat. (Vail Marston/ Flickr) 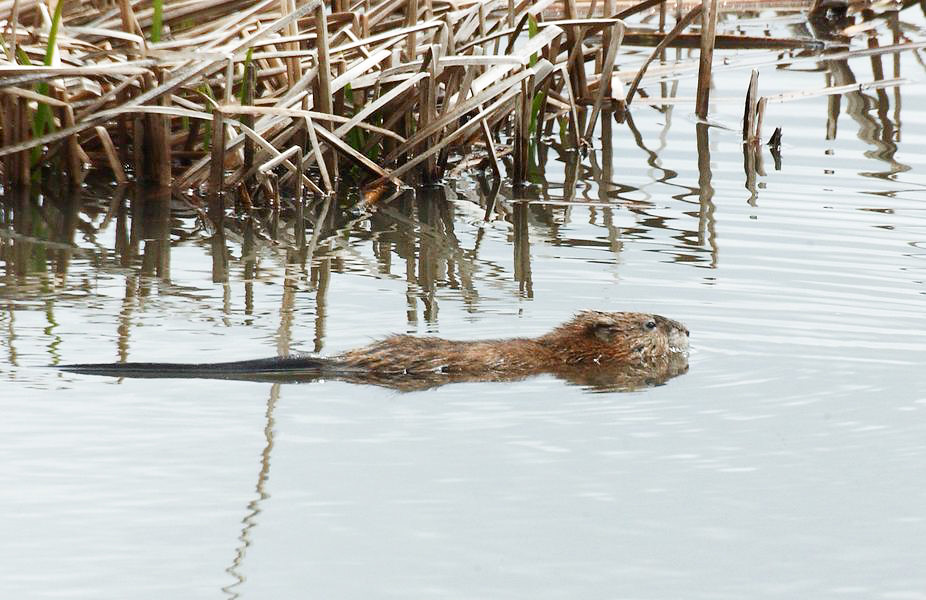 Muskrats have an extraordinary lung capacity. Some have been observed swimming underwater for up to 17 minutes. (Phil Myers/University of Michigan Museum of Zoology)

The muskrat is a semi-aquatic mammal with brownish fur and a long, rudder-like tail. It is found in marshes and other shallow-water areas throughout the Chesapeake Bay watershed.

The muskrat has thick, glossy fur that varies in color from blackish to silvery-brown. They have a paler colored throat and belly. Its scaly, hairless, rudder-like tail is flattened on the sides and can grow to 10 inches long. It has small ears which are almost hidden within its fur, and it has partially webbed hind feet. The muskrat grows to a total length of 16 to 24 inches and can weigh up to 4 pounds.

The muskrat feeds mostly on the roots and rhizomes of marsh plants, especially cattails and rushes. They will also eat fish, frogs, insects and shellfish. A muskrat will eat about one-third of its weight every day. It will build separate feeding lodges or platforms so it can get out of the water and eat.

Muskrats have many predators, including minks, raccoons, owls, hawks, red foxes and bald eagles. Humans hunt muskrats for meat, fur and sport. To hide from predators, they dive underwater or into their lodge.

Vocalizations such as “chirping”, and “whining” function as signals. Muskrats sometimes slap their tail on the water, possibly to alert neighbors of impending danger.

Breeding occurs frequently throughout most of the year. Muskrats nest in chambers inside their lodges. Females have 1 to 3 litters of 5 to 6 young (called kits) each year. Gestation lasts less than one month. Young are born blind. Within 10 days young can swim, and within 21 days they can eat plants. After one month, the independent young leave the lodge. Muskrats can live 3 to 4 years in the wild.