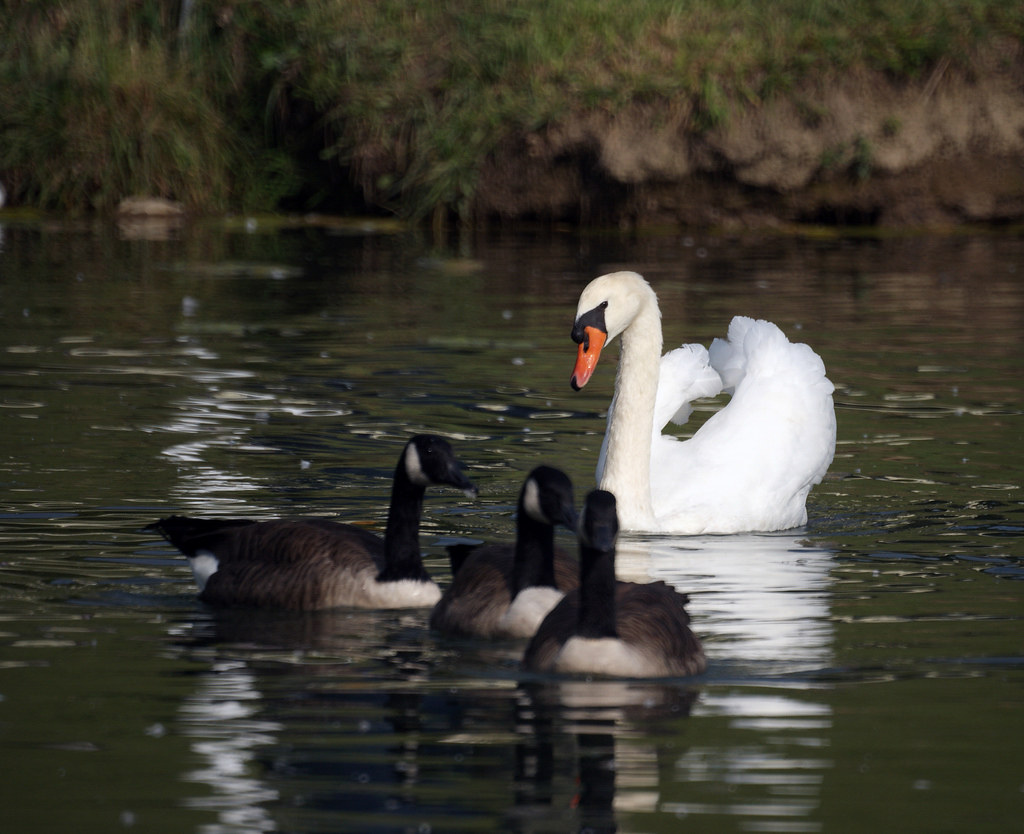 Mute swans are the largest bird in the Chesapeake Bay region, as seen in this comparison with Canada geese. (Photo courtesy Stephen Little/Flickr. Female mute swans build a large nest of down and marsh grasses close to the water. Image courtesy cmkalina/Flickr. 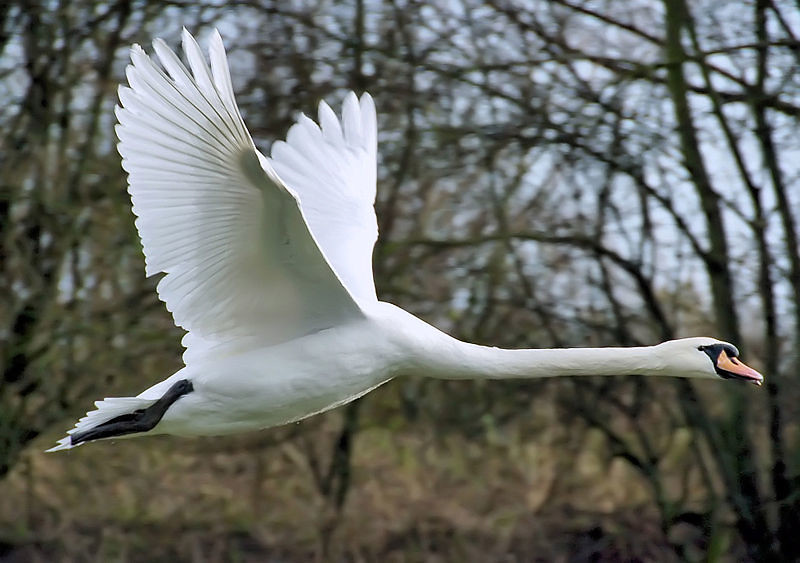 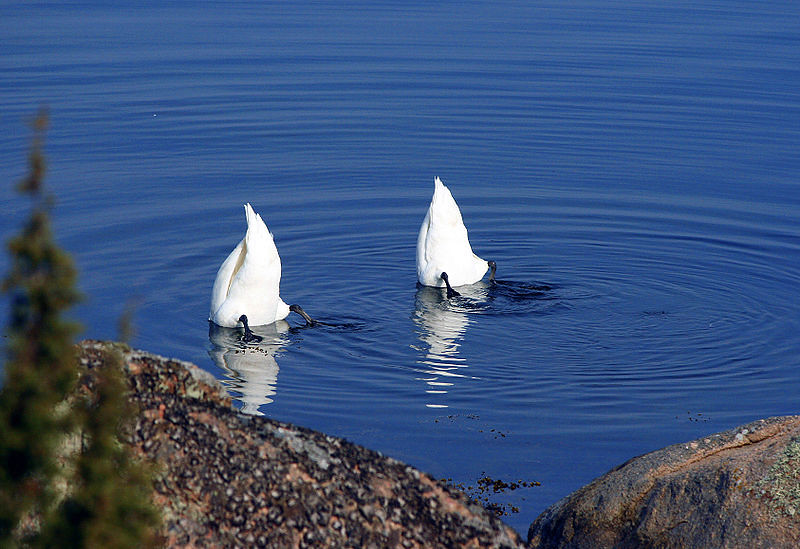 Mute swans feed by submerging their head and neck underwater to reach their food, sometimes “tipping up” their tail in the process. Image courtesy Jonas Lindstrom/Wikimedia Commons. 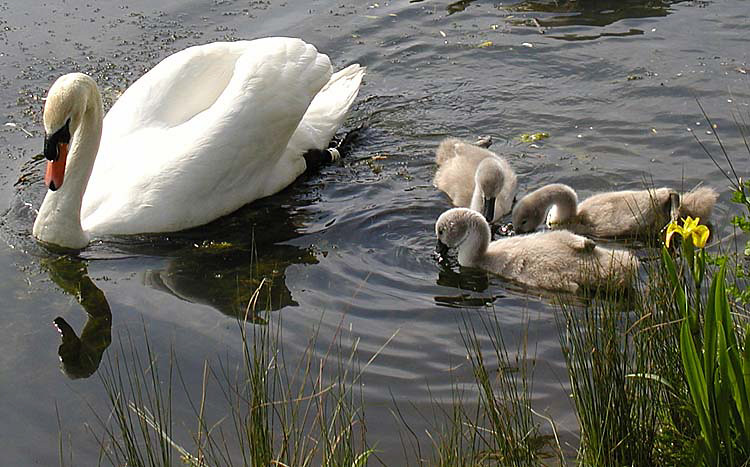 The mute swan is a large, white bird that lives on shallow waters throughout the Chesapeake Bay region. It is an invasive species.

The mute swan has a white body and a long neck that is held in a graceful S-curve. It has an orange bill with a black knob at the base and black to grayish-pink legs and feet. Mute swans grow to five feet long with a wingspan of seven to eight feet and weigh up to 25 pounds.

The mute swan eats underwater grasses such as eelgrass and widgeon grass. It pulls out the whole plant, including roots and rhizomes. Adults eat more than eight pounds of underwater grasses every day. They feed by submerging their head and neck underwater, sometimes “tipping up” their tail in the process. During the winter, they will also eat wheat and other grains from farm fields.

Mute swans have no natural predators in the Chesapeake Bay watershed.

The mute swan holds its neck stretched straight ahead. It often flies in pairs or small groups.

Mute swans begin breeding by their third spring. The female builds a large nest of down and marsh grasses close to the water. The female lays four to 10 light gray or bluish-green eggs that hatch in about 35 days and produce an average of six young, called cygnets. While the female is incubating her eggs and when cygnets are young, the male is very territorial and protective of the nest. It will hiss at and chase away intruders, including humans and other birds. Cygnets are brownish-gray and lack the black knob at the base of their bills. They turn all white by their second year. Parents chase their young out of the nest before the next breeding season begins. Mute swans usually live less than 10 years in the wild.