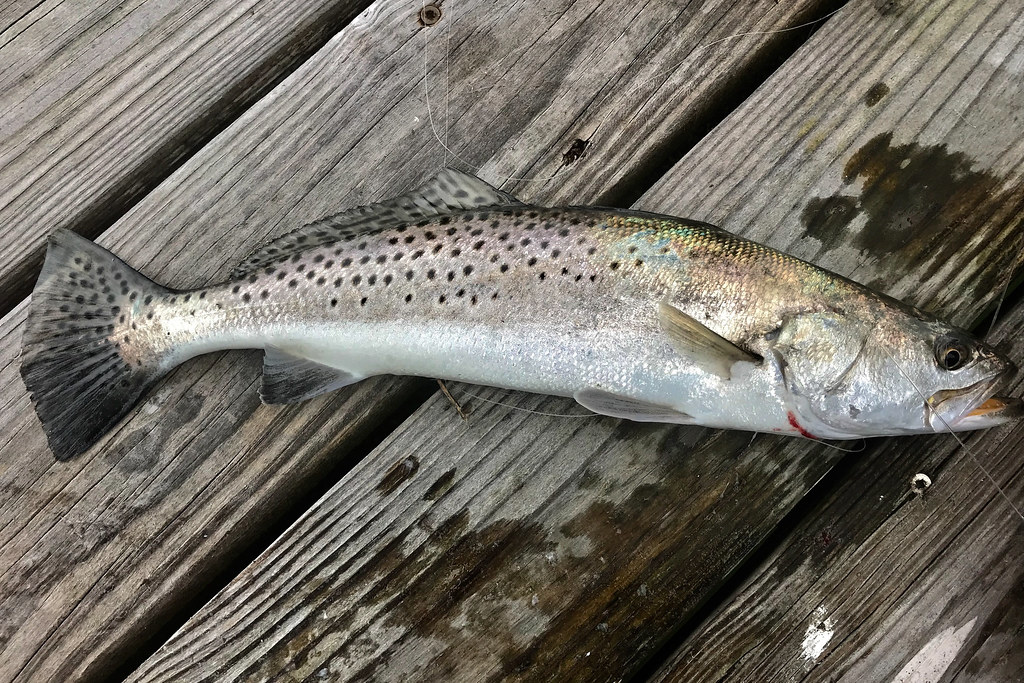 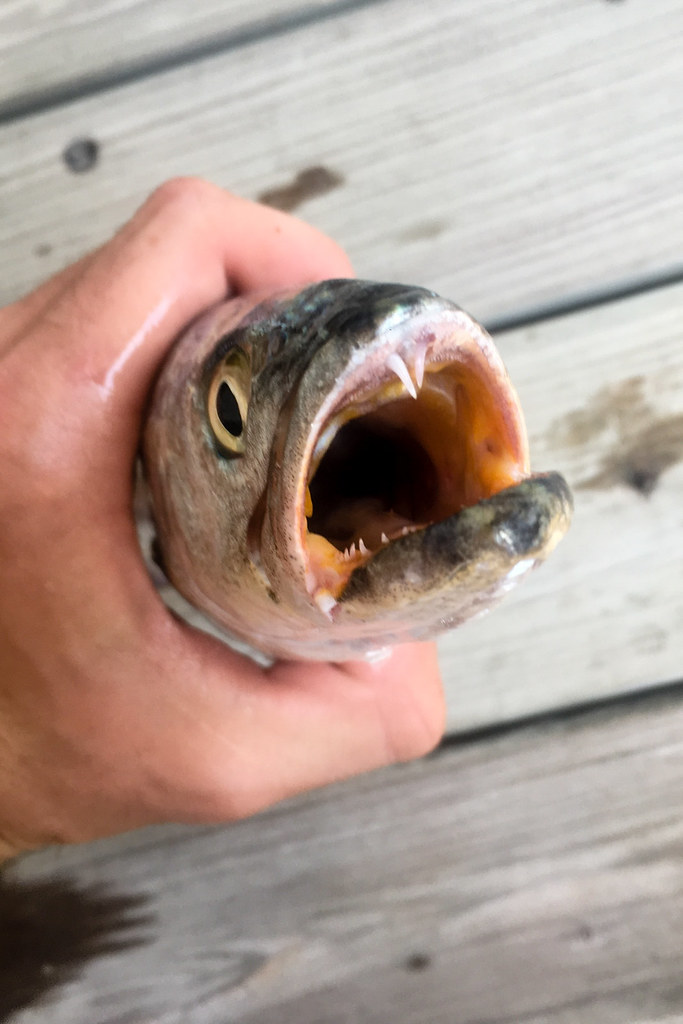 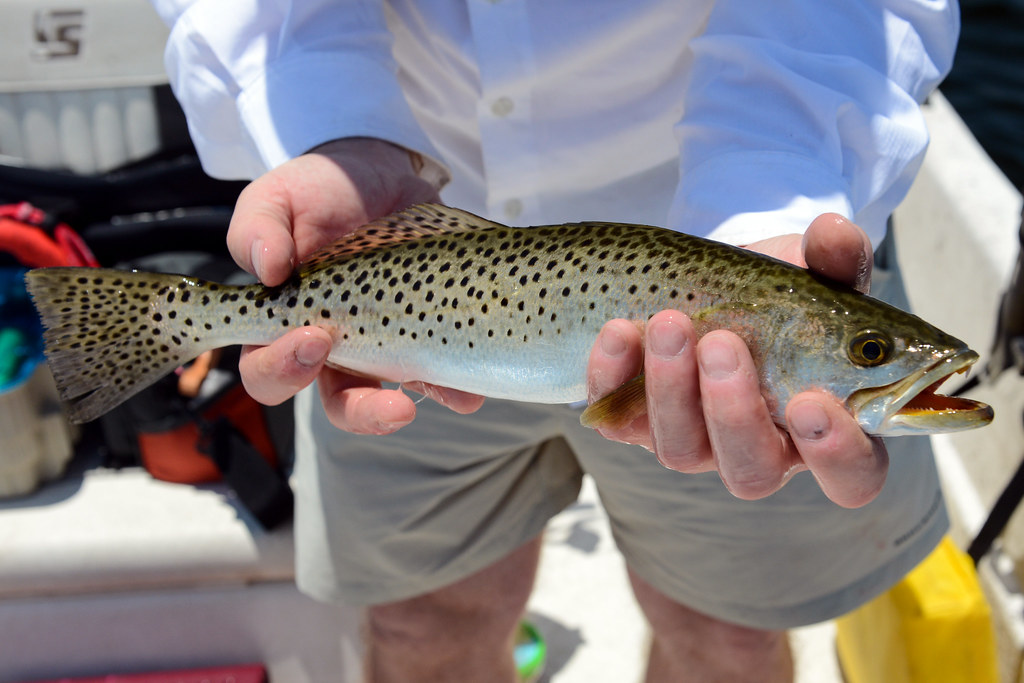 Spotted seatrout have black, round spots scattered across the back and dorsal fin to the tail. (Photo by Tim Donovan/Florida Fish and Wildlife Conservation Commission)

A spotted seatrout is caught in a tributary of the Rhode River in Anne Arundel County, Md., on Aug. 11, 2017. (Photo by Paige Hobaugh/Chesapeake Research Consortium)

The spotted seatrout is a sleek, silvery fish with black, round spots scattered across the back. It visits the Chesapeake Bay from spring through autumn.

The spotted seatrout has a sleek, elongated body that grows to 14 to 20 inches in length and weighs about five pounds. It has a silvery belly and a dark, grayish-green back with black, round spots scattered across its back and dorsal fin to its tail. Its sides are iridescent. It has a deep notch in its dorsal fin and a squared tail fin. Its large mouth has two large canine teeth in its upper jaw.

One of the Bay's top predators, the spotted seatrout preys upon small fish such as anchovies. It feeds mostly in the morning.

Larger predatory fish prey on spotted seatrout, as well as ospreys and other predatory birds.

The seatrout makes a drumming or purring sound.

Spawning occurs from late May to July at night in the salty waters near the Bay’s mouth. Females may spawn 9 to 60 times and release as many as 3 to 20 million eggs during a single spawning season. Larvae hatch 18 hours after fertilization. Currents carry them to brackish-water nursery areas (usually shallow bay grass beds). At 6 to 8 weeks old, juveniles begin to form schools with individuals of similar size. They mature at two to four years old. Spotted seatrout can live for 15 to 18 years.