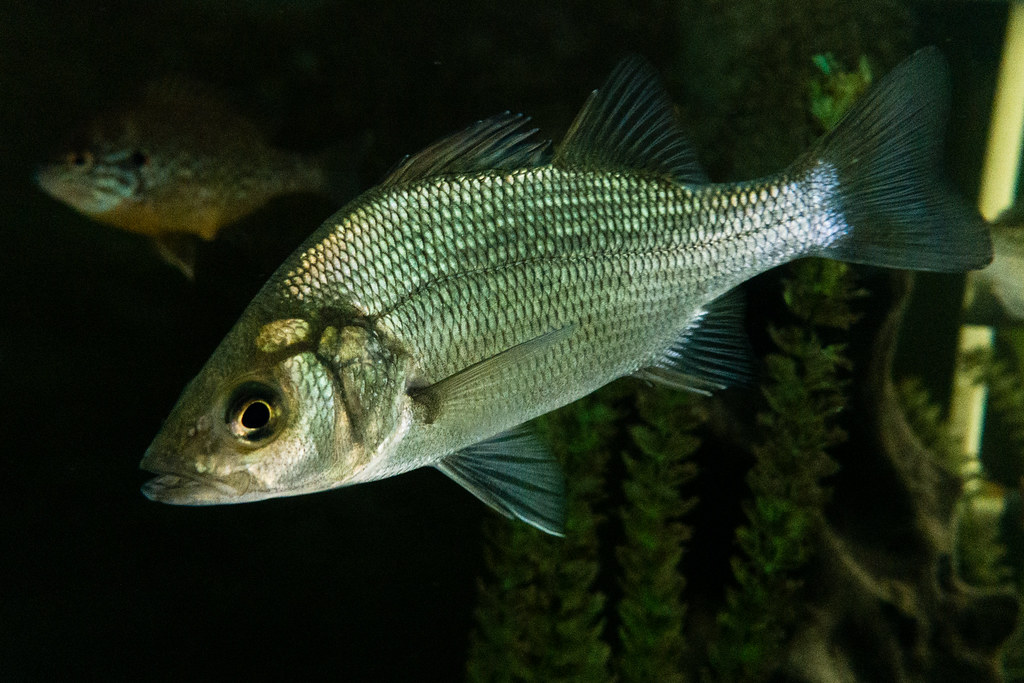 A white perch swims at Smithsonian Environmental Research Center in Edgewater, Md., on Sept. 23, 2017. (Photo by Will Parson/Chesapeake Bay Program) 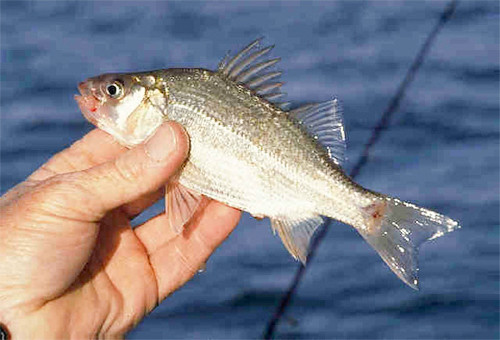 White perch is a small, silvery fish with a dark, highly domed back. (Harvard University Museum of Comparative Zoology)

White perch is a small, silvery fish with a dark, highly domed back. It lives in fresh and brackish waters throughout the Chesapeake Bay and its tidal tributaries.

The white perch is considered to be semi-anadromous because it does not travel all the way from the ocean to its spawning grounds in freshwater rivers. Spawning runs begin when water temperatures increase in late March. Adults move upstream to fresh or slightly brackish streams and rivers.

After spawning, adults migrate back downstream. Eggs hatch in approximately 1 to 6 days. Juveniles remain in the shallows of the rivers they were born in through summer and autumn. As they grow, juveniles migrate downstream to brackish waters. White perch can live as long as 17 years.