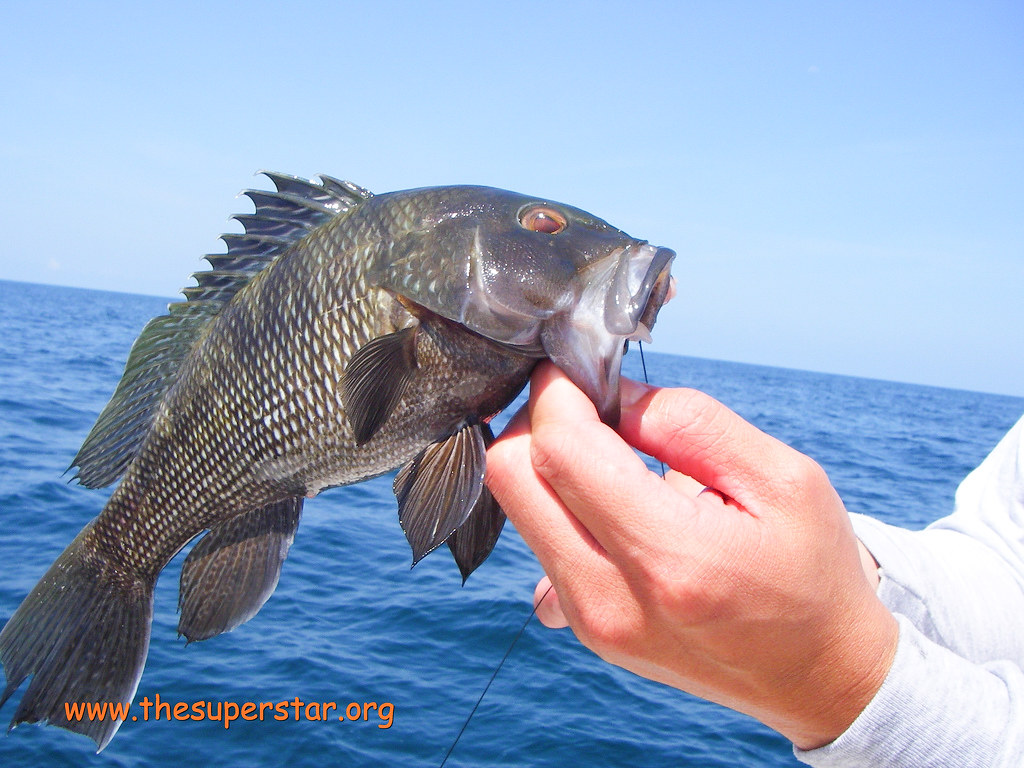 Black sea bass are popular with recreational anglers. The fish lose their brilliant blue color when taken out of the water. (theSuperStar/Flickr) 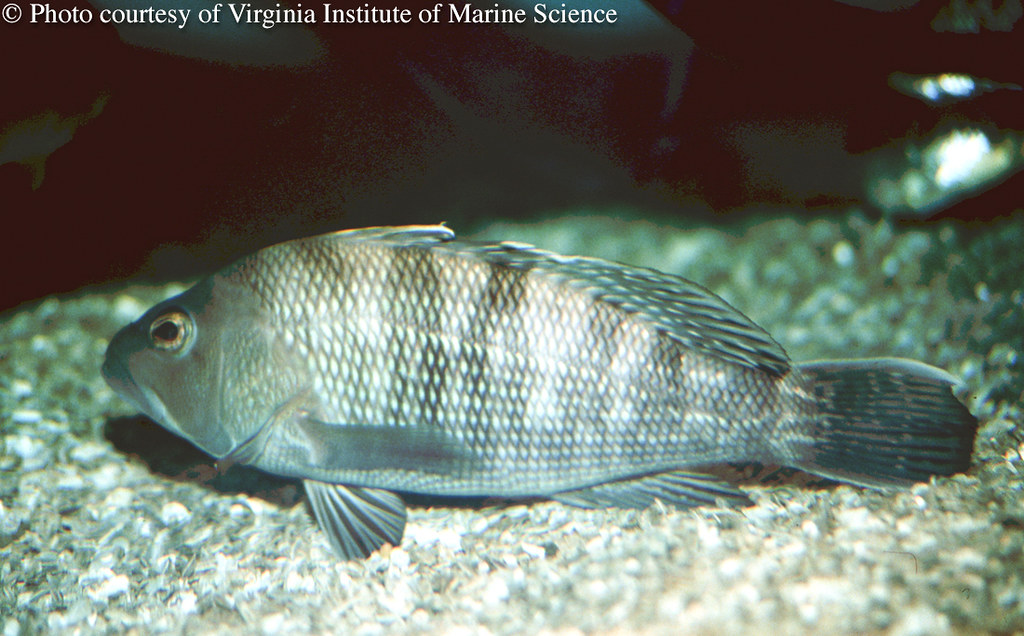 The black sea bass has a bluish-black body. Each scale has a blue center, which form horizontal lines along the fish's back and sides. (Virginia Institute of Marine Science)

The black sea bass is a striking, bluish-black fish that visits the lower Chesapeake Bay from spring through autumn.

The elongated, bluish-black body of the black sea bass usually grows to 12 inches in length, but can reach up to 2 feet in length. Each scale has a pale blue center, forming horizontal lines across its back and sides. Blue streaks also appear below its eyes. Its large mouth is filled with pointed teeth. Its dorsal fin is striped or spotted with fleshy tips at the end of each spine. Its tail fin has three points; the top point is the longest, and the fin is rounded in between each point. Females are paler than males. Juveniles are brownish with a dark, broad lateral stripe. They also have a dark blotch at the base of the spines on the back part of the dorsal fin.

Black sea bass prey upon crabs, mussels, razor clams and other fish. They feed during the day when they can better see prey.

Larger fish such as bluefish, weakfish and striped bass feed on black sea bass, as well as sharks such as dusky sharks.

Spawning occurs from June through October in the coastal ocean waters of the Mid-Atlantic Bight, primarily between the Chesapeake Bay and Long Island. After spawning, larger females reverse sex and become males. Juveniles enter the Bay during spring, summer and autumn and remain until December. While in the Bay, they live among bay grasses and feed on tiny crustaceans. Black sea bass usually live to 8 years old, but can live as long as 20 years.