Cardinal flower grows in moist areas such as seeps, wooded swamps, freshwater marshes, and along the banks of ponds, rivers and streams. (Photo courtesy of Caryl Buck/iNaturalist CC BY-NC) 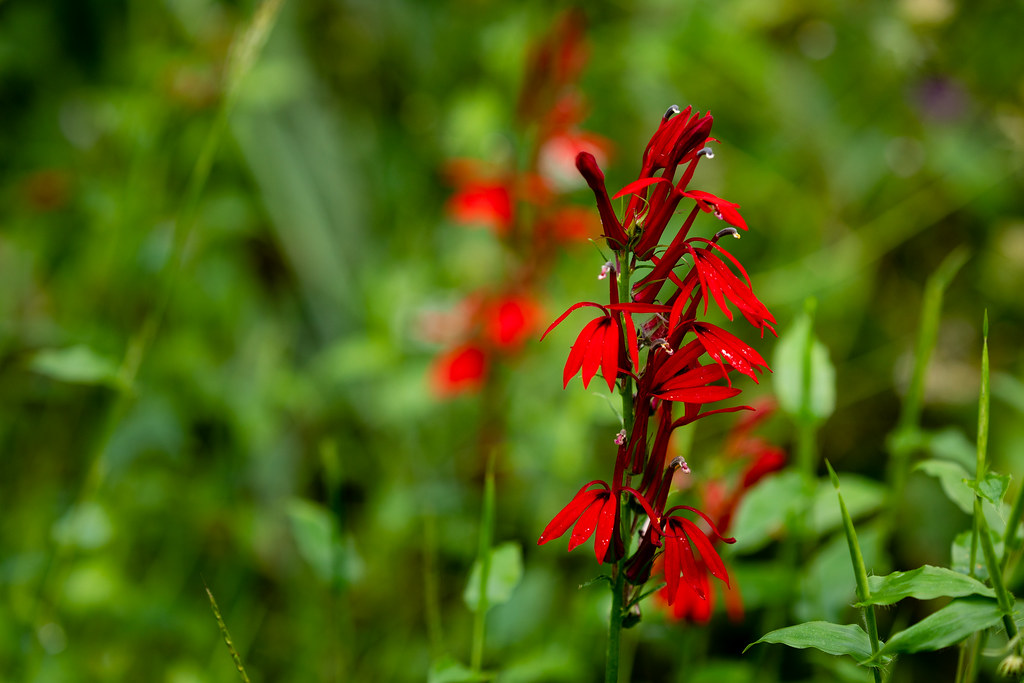 Cardinal flower has small, red, tubular flowers that bloom in late summer and attract bees, butterflies and hummingbirds. Above, cardinal flower blooms at a restored grassland in Loudoun County, Va., on Sept. 9, 2020. (Photo by Will Parson/Chesapeake Bay Program)

The cardinal flower reseeds itself each year. It can be propagated by seed or cutting.