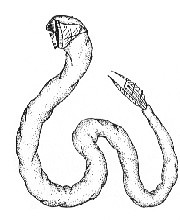 Gould’s shipworm is a bivalve with a long, worm-like body. 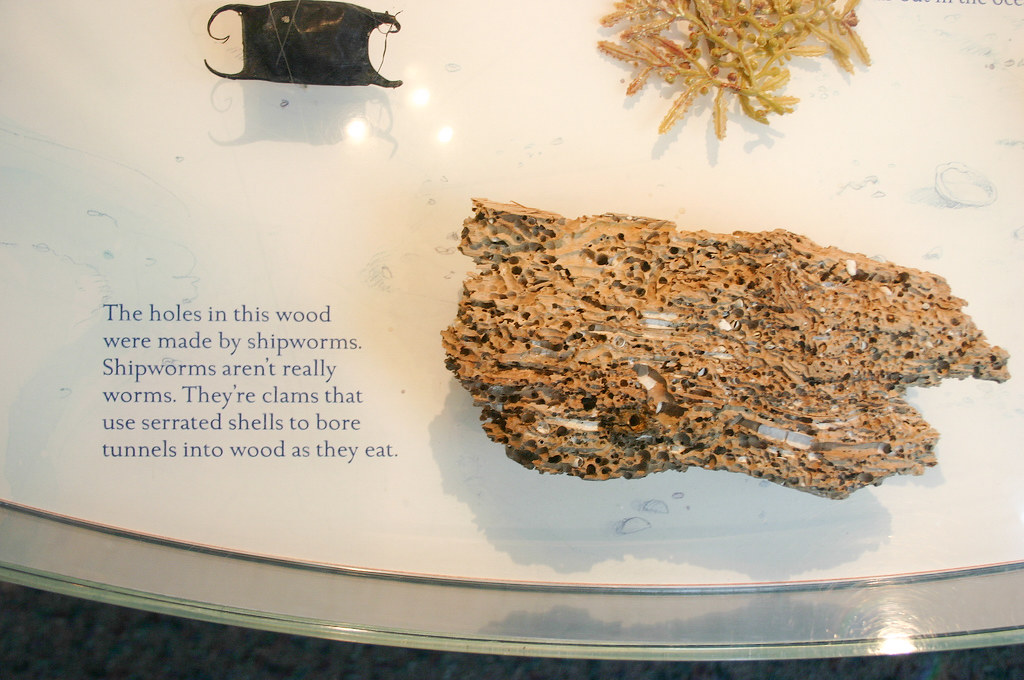 Shipworms use their boring shells to scrape away pieces of wood to form a tunnel. (Ryan Somma/Flickr)

Gould’s shipworm is a bivalve with a long, worm-like body. It lives within untreated wood, such as pilings and driftwood, in the middle and lower Chesapeake Bay.

Gould's shipworm grows to several inches in length with a long, worm-like body. It has two small shells with toothed ridges at one end of its body and two small siphons and two hard, segmented pallets at the other end of its body. The pallets look like stacks of tiny ice cream cones.

Shipworms feed mainly on wood, but may also eat planktonic particles brought in through the incurrent siphon.

Shipworms release eggs into the water column. Free-swimming larvae eventually hatch from the eggs. Larvae remain in the water for 2 to 3 weeks before settling on any submerged untreated wood surface, such as pilings, ship planking, and tree trunks or branches. Larvae use a small foot to move around on the wood’s surface. Once they find a suitable place, they anchor themselves using thin threads secreted from a gland on the foot. Larvae use their tiny boring shells to drill and burrow into the wood, where they develop into adults.