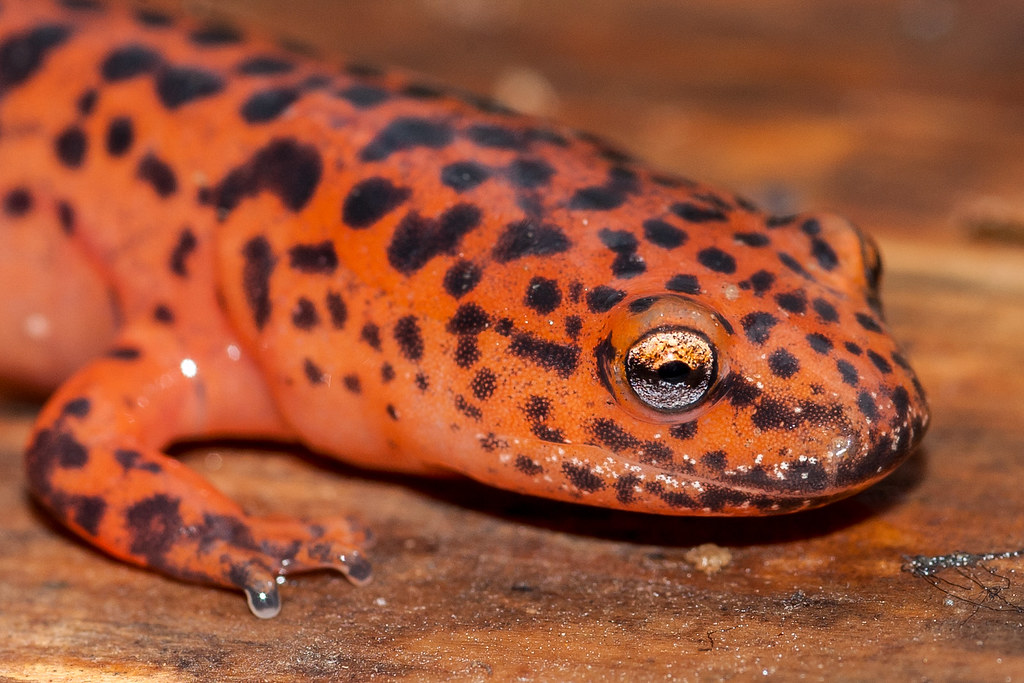 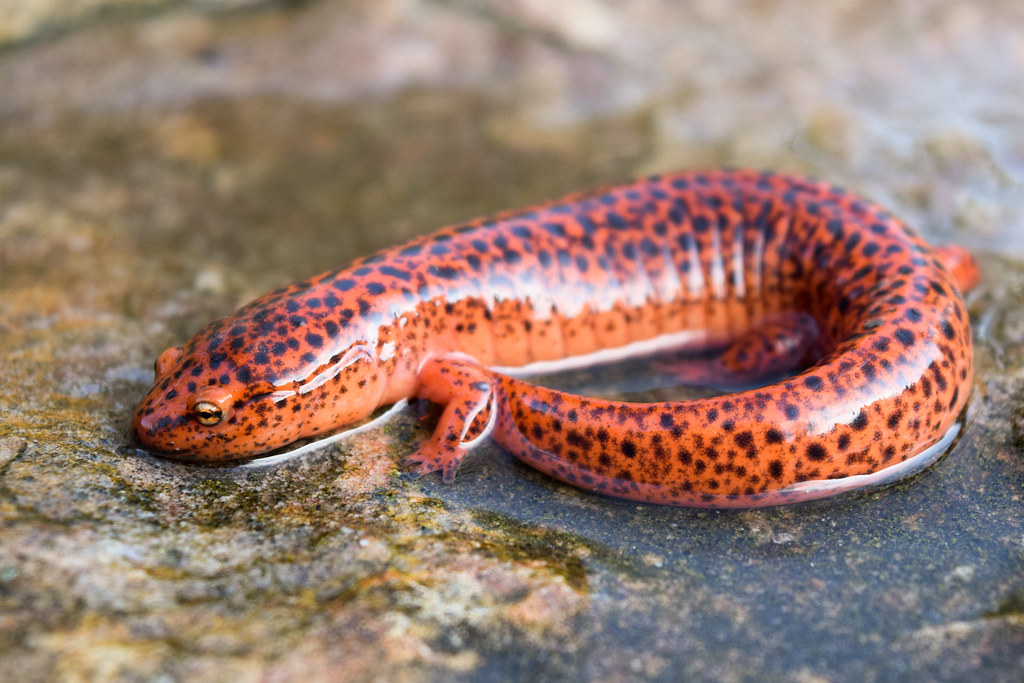 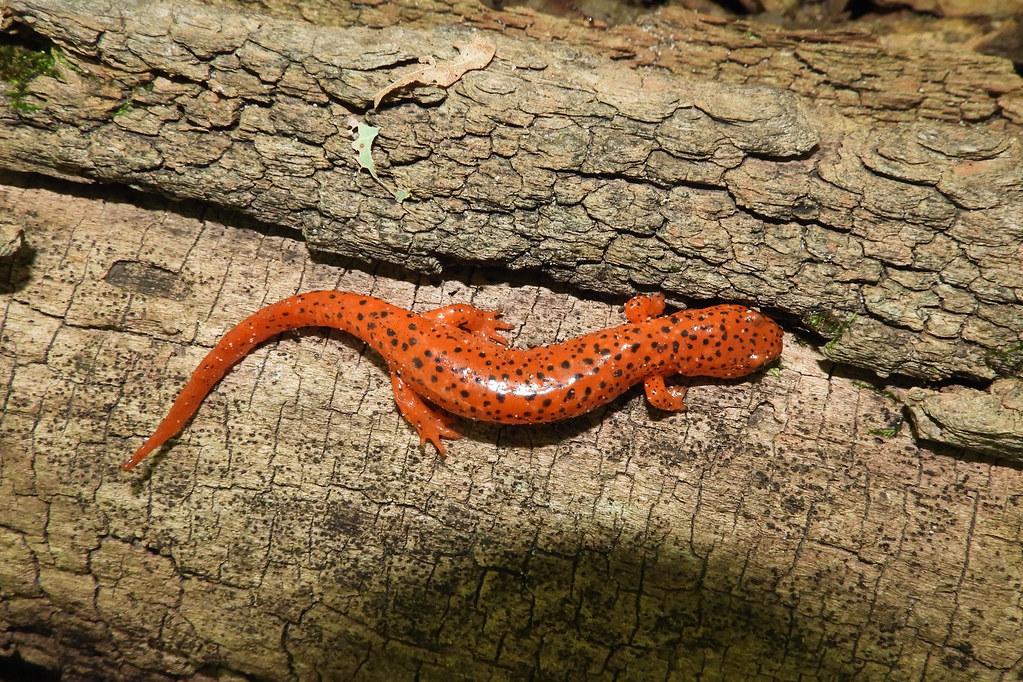 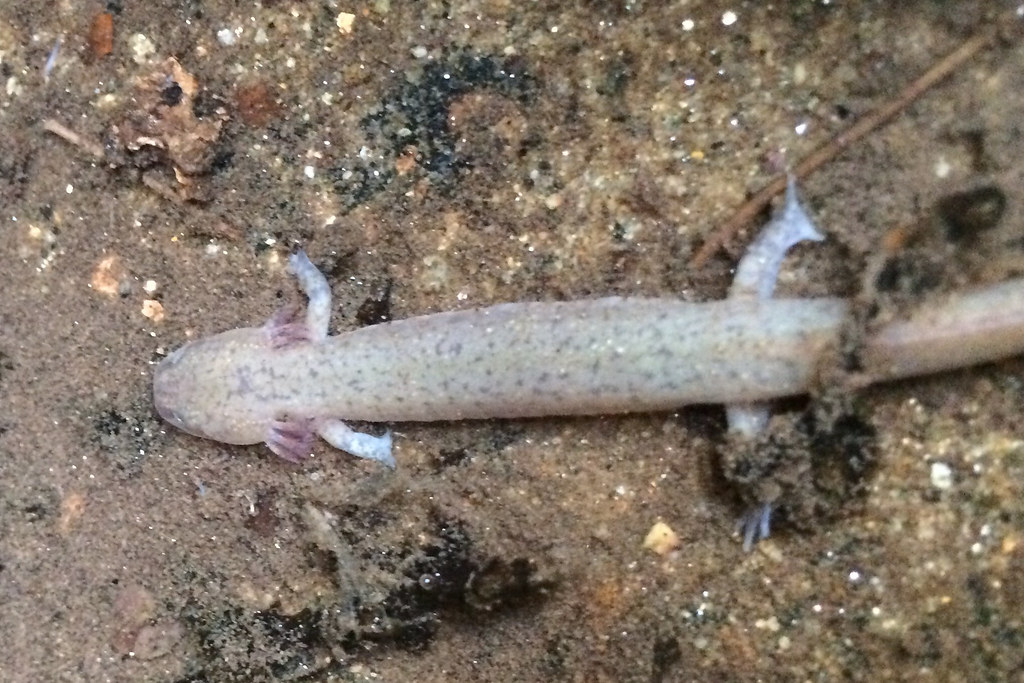 The northern red salamander is a small, reddish amphibian with black, irregularly shaped spots covering its back. It lives in cool freshwater streams and adjacent wooded areas throughout most of the Chesapeake Bay watershed.

This salamander has a red or reddish-orange body with rounded, irregularly shaped black spots scattered across its back. Its grows to 4 to 7 inches in length and has smooth, scale-less skin. It has yellow eyes. Its front limbs have four toes while its hind limbs have five toes.

This salamander eats worms, insects and spiders. It hunts for prey during and after rain storms, especially at night.

Courtship between males and females begins in spring and continues through autumn. Around October, females lay an average of 70 eggs in hidden areas in and around streams. The eggs attach to the underside of rocks by a jelly-like stalk.

Eggs hatch in early winter. Young salamanders remain in a larval stage for 2 to 3 years, living in small, rocky streams and cool, still ponds. Northern red salamanders can live up to 20 years.