The spotted turtle's smooth shell is slate gray or black with a variable number of bright yellow spots, which can disappear in older turtles. Above, a spotted turtle resides at the Virginia Living Museum in Newport News, Va., on Dec. 18, 2018. (Photo by Joan Smedinghoff/Chesapeake Bay Program) 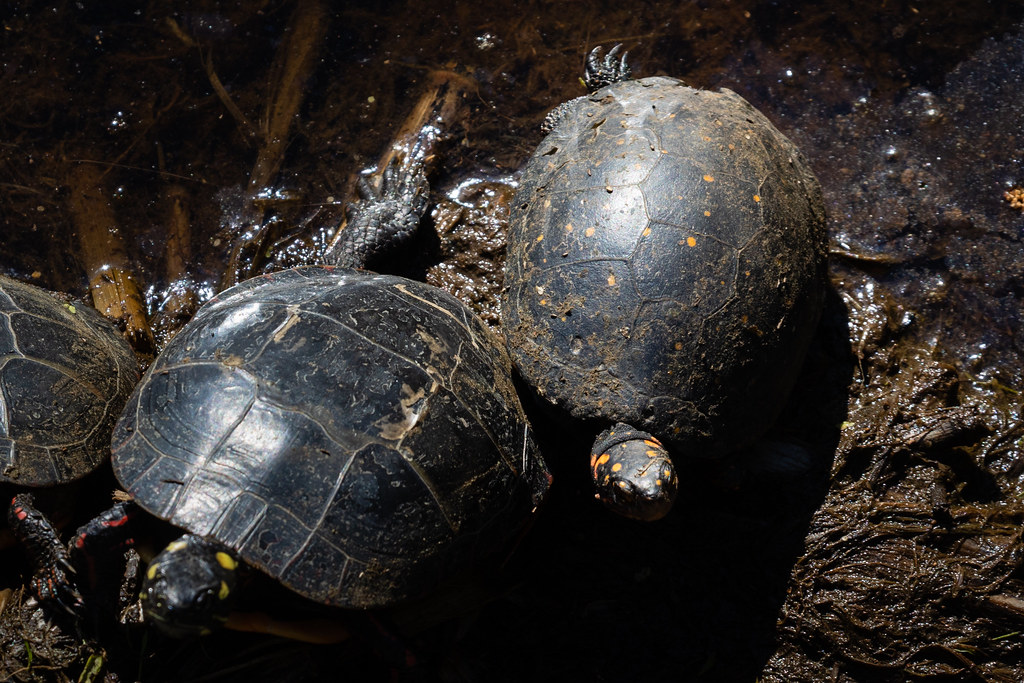 A spotted turtle, right, basks with an eastern painted turtle in the morning sun at Historic Jamestowne, part of Colonial National Historical Park in James City County, Va., on April 30, 2018. (Photo by Will Parson/Chesapeake Bay Program) 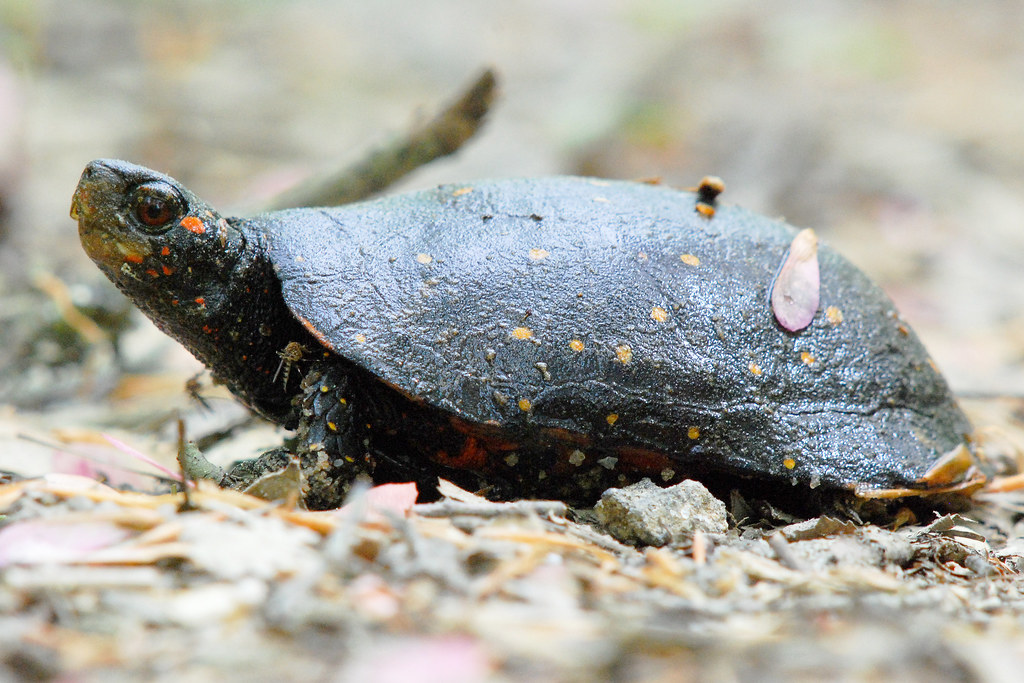 The spotted turtle is a small species that rarely exceeds five inches in length. (Bill Lynch/Flickr)

The spotted turtle is a small species that rarely grows larger than five inches in length. Its smooth carapace (shell) is slate gray or black with a variable number of bright yellow spots, which can disappear in older turtles. The plastron (underside of shell) is yellow or orange with wide black smudges.

Its head is mostly black with several bright yellow spots, and often a large yellow or orange blotch on each side. Its legs and tail are black with scattering of yellow spots. The lower surface of its legs and neck are orange to pink or salmon-red.

Males and females differ in size and coloring. Males have brown eyes; a tan, brown or black chin; and a longer and thicker tail. Females have orange eyes, a yellow or orange chin and a comparatively narrow tail.

Common predators include raccoons and muskrats. Spotted turtles are vulnerable to predators especially while on land. If they are startled while basking in the sun, they will dive into the water and bury themselves in mud.

Spotted turtles reach sexual maturity at seven to 14 years of age. Courtship and mating occur in March, April and May. Spotted turtles are most likely seen in these months. Males pursue females in a wild underwater courtship chase. The male will nip and bite the female's legs and carapace and fend off rival males.

Nesting occurs from late May through June. Nesting females look for open, sunny locations with moist but well-drained soils. Nests are dug with their hind feet. Females lay one clutch of one to eight elliptical eggs each year, although some may lay a second, smaller clutch a few days after the first.