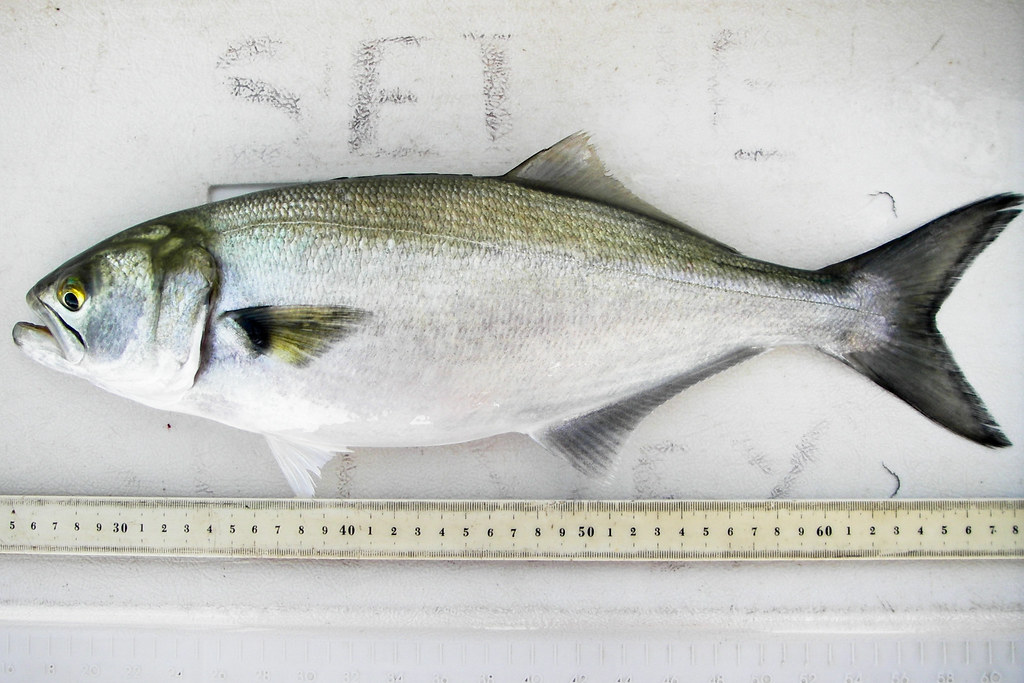 A bluefish (Pomatomus saltatrix) is caught by a trawl survey. (Photo by Virginia Institute of Marine Science) 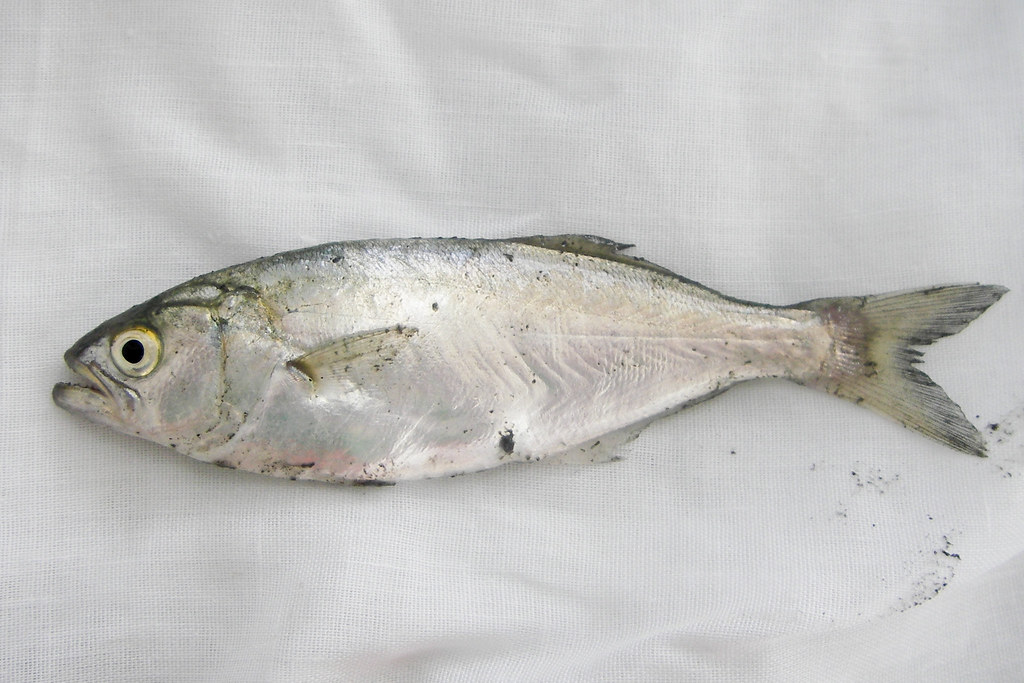 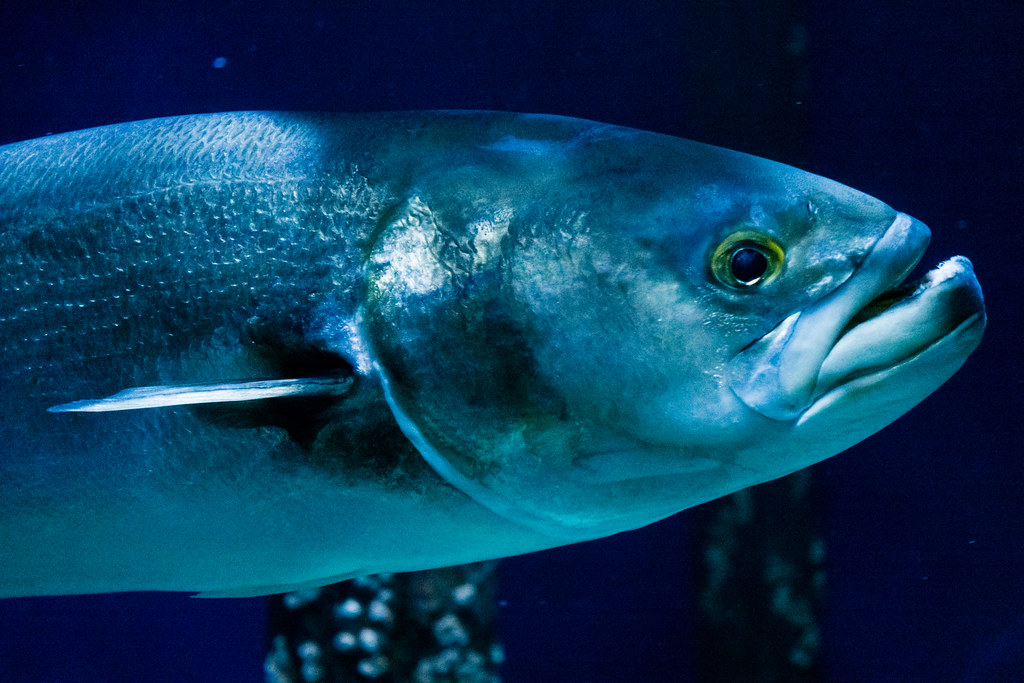 A bluefish (Pomatomus saltatrix) swims in the Chesapeake Bay Aquarium at the Virginia Living Museum in Newport News, Va., on March 9, 2016. (Photo by Will Parson/Chesapeake Bay Program)

The bluefish is a large, long fish with a greenish-blue body and a forked tail. It visits the Chesapeake Bay's open waters from spring through autumn.

The bluefish usually grows 40 to 45 inches in length and can weigh as much as 30 pounds. It is an elongated, greenish-blue body and a silvery belly. Its large mouth has strong jaws and sharp teeth. Its tail fin is forked and light green, and it has a black blotch at the base of its pectoral fin.

The bluefish eats squid and small, schooling fish such as menhaden and anchovies. It uses its sharp teeth to attack and feed on prey. Possibly the most voracious predator in the Bay, a bluefish will kill another fish just for the sake of killing it.

Sharks, tuna and swordfish may prey upon bluefish. Humans catch bluefish for commercial and recreational purposes.

Spawning occurs off the mid-Atlantic coast during summer. Juveniles from this spawning period and a southern spring spawning period enter the Bay in late summer. Bluefish can live for more than 12 years.