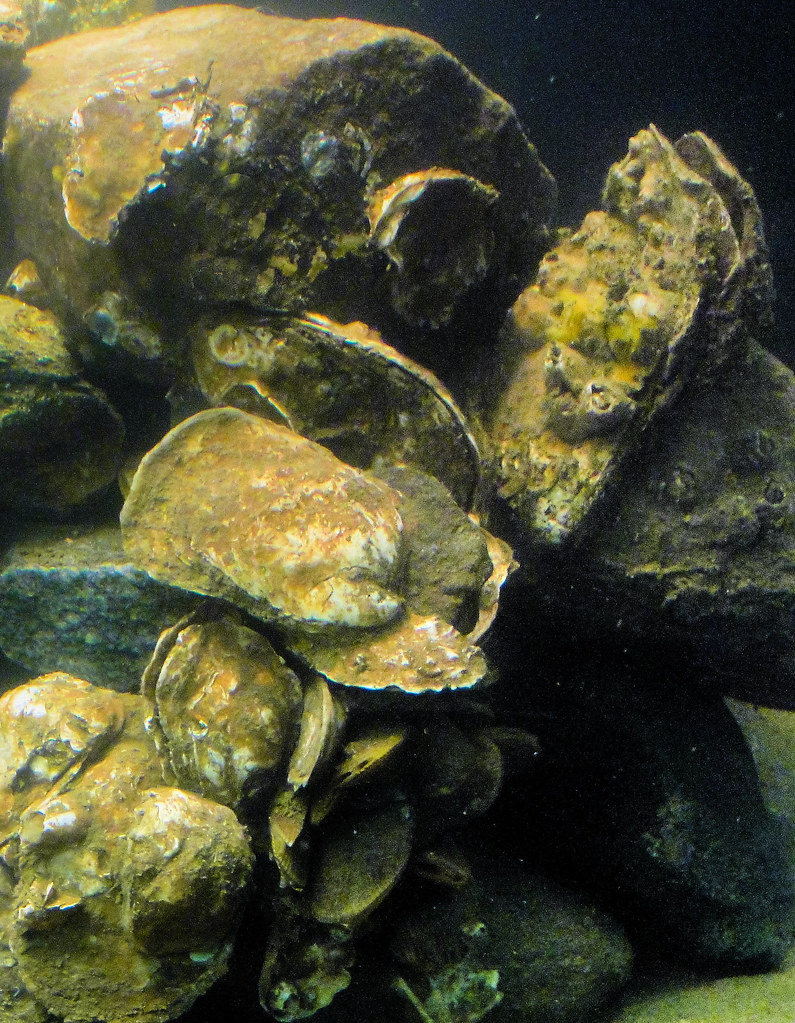 Oysters attach to one another, forming dense reefs that provide habitat for many fish and invertebrates. (Photo by Kelly Creger/Flickr) 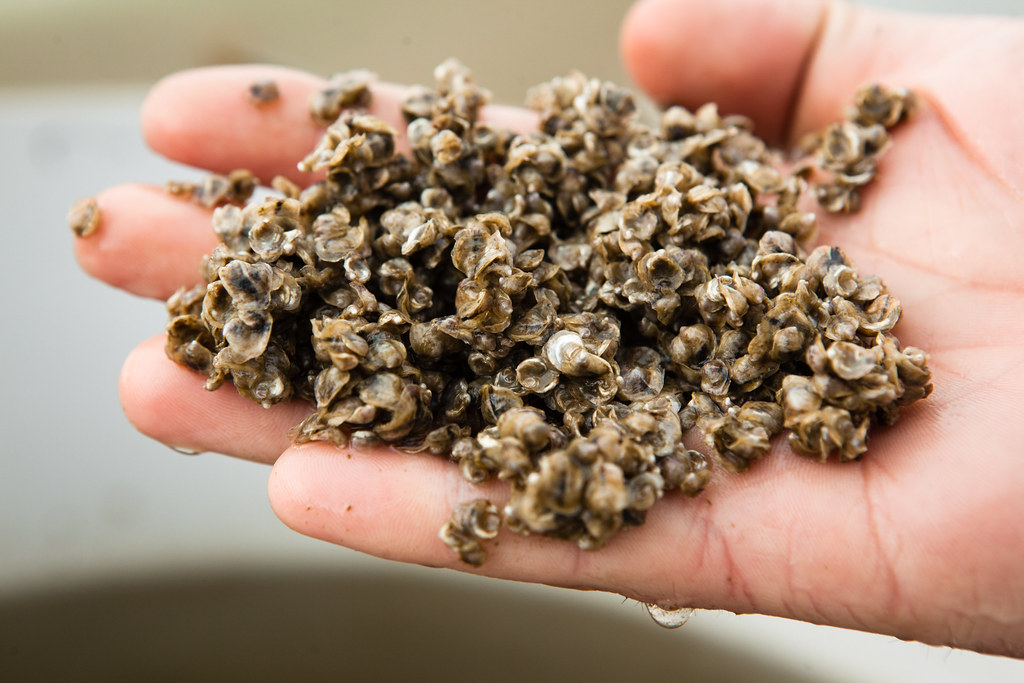 Chief Farm Officer Patrick Oliver holds juvenile oysters, known as spat, that live inside 24 large silos comprising an upweller at Rappahannock Oyster Company in Topping, Va., on May 9, 2016. A paddle wheel keeps river water flowing over the tiny oysters, providing them with a steady diet of plankton. "They're feeding on what's in the water naturally," Oliver said. (Photo by Will Parson/Chesapeake Bay Program)

Also known as the American or Virginia oyster, the eastern oyster is a bivalve with two rough, whitish shells. It forms reefs in brackish and salty waters throughout the Chesapeake Bay.

Eastern oysters usually grow to three to five inches in length, but can reach a length of eight inches. Two rough shells enclose its soft body and vary in color from white to gray to tan. The right or top shell is flat, while the left or bottom shell is cupped, with a purple muscle scar on the inside.

Filter feeders, oysters feed on plankton by opening their shells and pumping water through their gills. This action traps particles of food.

Oysters are prone to infection by parasites that cause the aquatic diseases MSX and Dermo. They have other natural predators that include:

Spawning occurs in early summer when water temperatures and salinity levels rise. Adults release eggs and sperm into the water. Females can produce about 100 million eggs each year. After spawning, oysters are thin because they have used up their stored food reserves. Adults grow larger and stronger as the weather cools. In less than 24 hours, fertilized eggs develop into free-swimming larvae.

Over the next two to three weeks, oyster larvae are planktonic (when an organism is too small to propell itself through water). They eventually mature to the pediveliger stage, when they can ‘set’ or attach to hard substrate. Oysters can attach to one another, forming dense reefs (also called oyster bars, beds or rocks) that provide habitat for many fish and invertebrates.

Once larvae find a suitable surface to settle on, they secrete a cement-like substance, which fixes the left shell (also called a valve) into place. Settled juvenile oysters are called "spat." Many oysters change sex over the course of their lifetime. Most oysters less than one year old are male, while most older oysters are female.