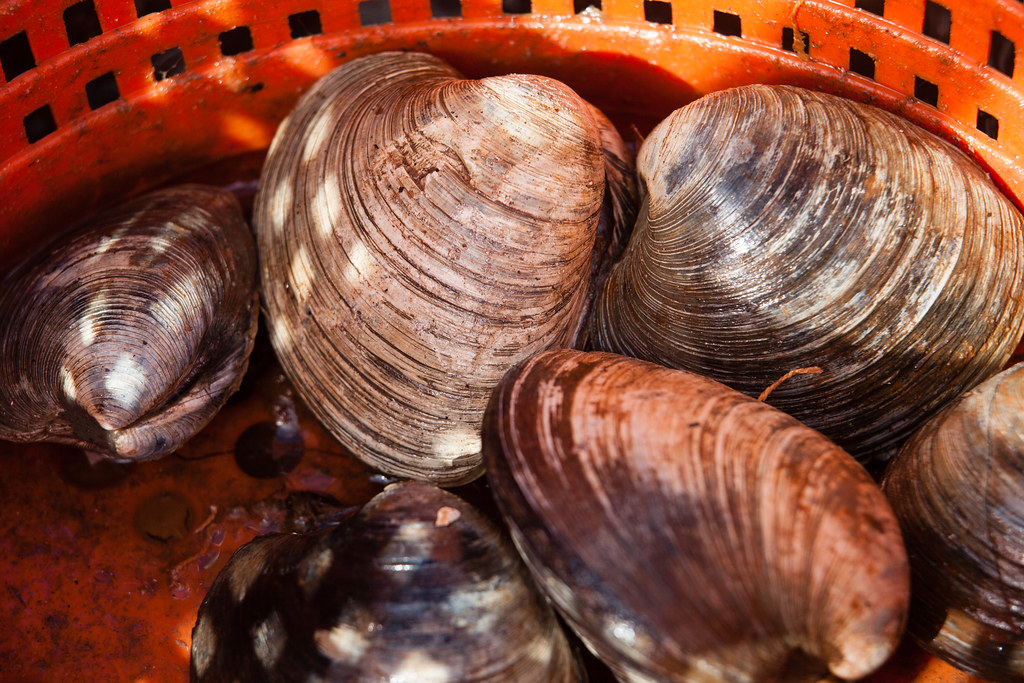 Hard clams rest in a basket while researchers from the Virginia Institute of Marine Science (VIMS) conduct the 2015-2016 blue crab winter dredge survey in the lower portion of the Chesapeake Bay after departing VIMS headquarters in Gloucester Point, Va., on March 8, 2016. (Photo by Will Parson/Chesapeake Bay Program) 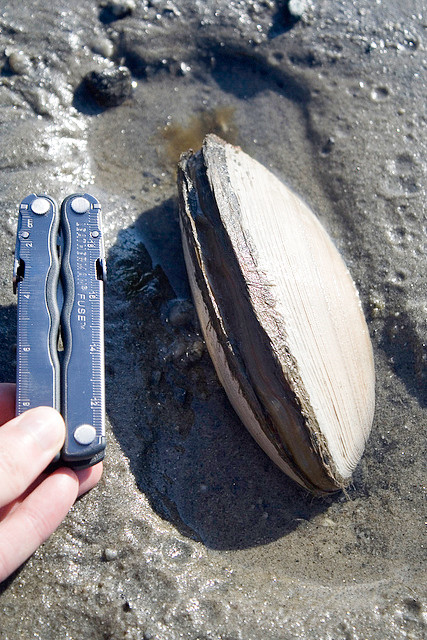 Hard clams are found in the lower Chesapeake Bay from the shoreline to depths of about 60 feet. (Matt Pettengill/Flickr) 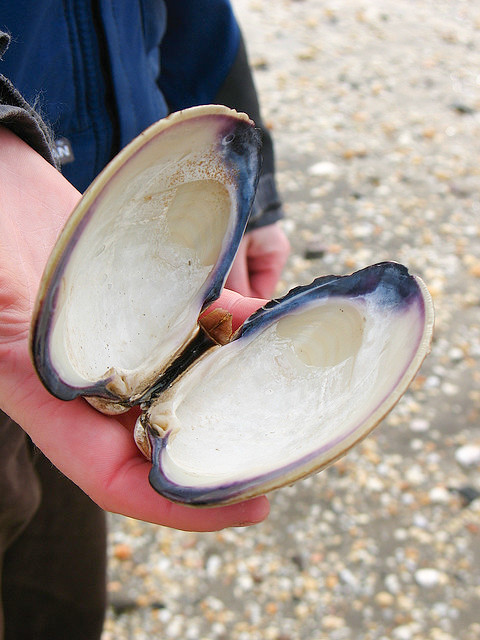 The inside of a hard clam is usually white with dark purple patches. (Vilseskogen/Flickr)

The hard clam is a bivalve with thick, ridged, rounded shells. It lives in the salty waters of the lower Chesapeake Bay.

The hard clam's thick, rounded shells vary in color from brownish to gray or whitish and can grow to 4 inches or longer. Concentric ridges appear on the shells, which are joined at the hinge by a thick, brown ligament. The shell's interior is usually white with dark purple patches. A hatchet-shaped foot and two short siphons periodically extend from inside the clam.

Like many bivalves, hard clams are filter feeders. It uses its foot to bury itself just below the surface of the sand or mud. While buried in the sand, the clam’s two siphons stick up above the surface. The clam draws in water through one siphon, filters out plankton from the water, and eject unused water and particles through the other siphon.

Spawning occurs between May through October, once clams produce ripe gametes and water temperatures rise above 68 to 73 degrees. Females can release between 16 and 24 million eggs per spawn. Eggs are fertilized in the water column. Free-swimming larvae develop over 1 to 2 weeks.

During this time they grow a foot, which is used to crawl over and “explore” a surface before settling. When larvae find a suitable place to settle, they anchor themselves using thin threads secreted from a gland on their foot. Larvae slowly metamorphose into juveniles, developing gills, siphons and digestive viscera. Hard clams may live as long as 40 years.