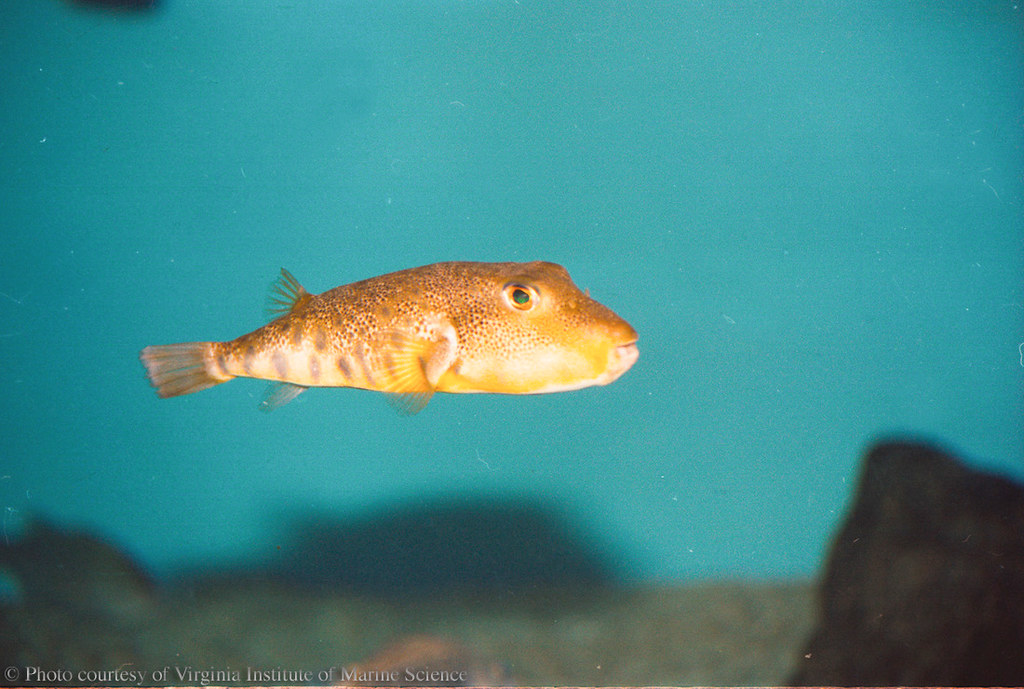 The northern puffer is a club-shaped fish with a yellow, brown or olive body. (Virginia Institute of Marine Science) 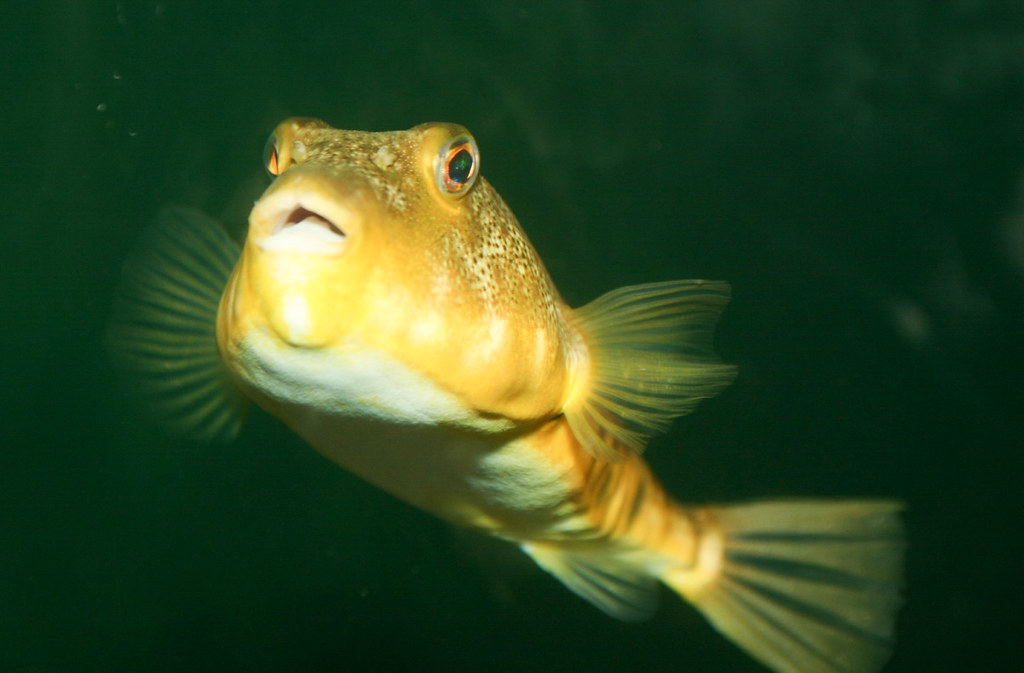 The northern puffer uses its strong, beak-like mouth to crush the shells of small mollusks, crustaceans and other invertebrates. (cliff1066/Flickr)

The northern puffer is a club-shaped fish that puffs up into a ball in self-defense. It visits the deep flats of the middle and lower Chesapeake Bay from spring through autumn.

The northern puffer usually grows 8 to 10 inches in length. Its yellow, brown or olive body is covered in small prickles. It has a yellow or white belly and a tiny, beak-like mouth. Dark, vertical, splotchy bars appear on its sides and small, black spots appear on its back, sides and cheeks. Its small dorsal fin is set far back, near its tail.

Northern puffers uses their strong, beak-like mouths to crush the shells of small mollusks, crustaceans and other invertebrates.

The puffer's ability to puff up into a prickly ball deters many predators.

Spawning occurs from May-August in shallow waters near the shore. The female lays sticky eggs that attach to the bottom and the male guards the eggs until they hatch. Little else is known about the northern puffer's life cycle.