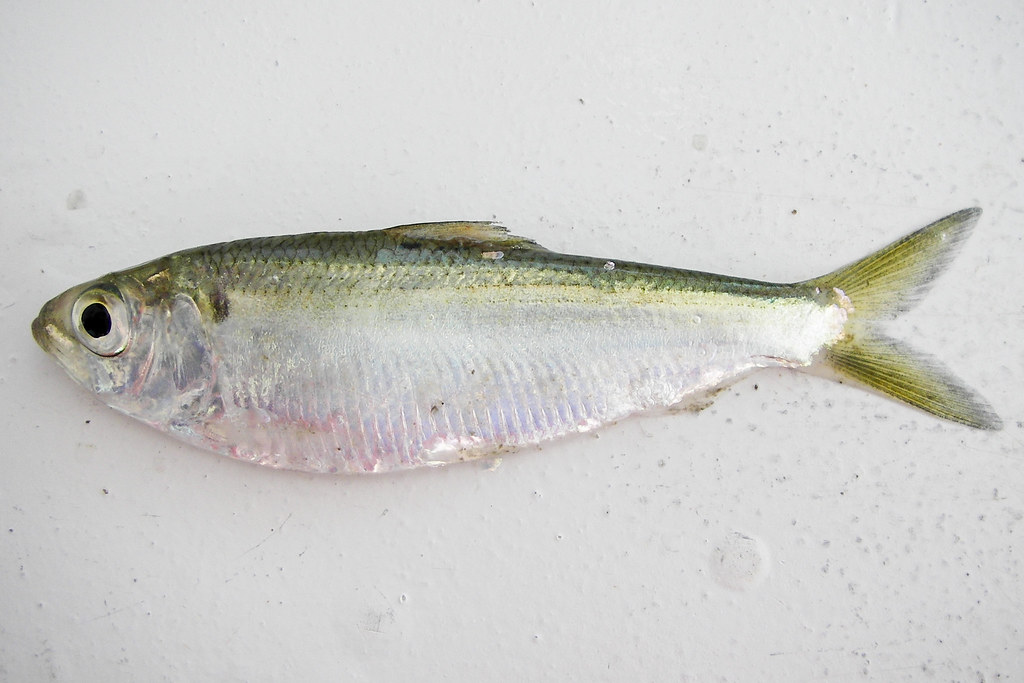 Alewife are a species of river herring with a larger eye and less elongated body than their close relative, the blueback herring. (Photo courtesy Virginia Institute of Marine Science) 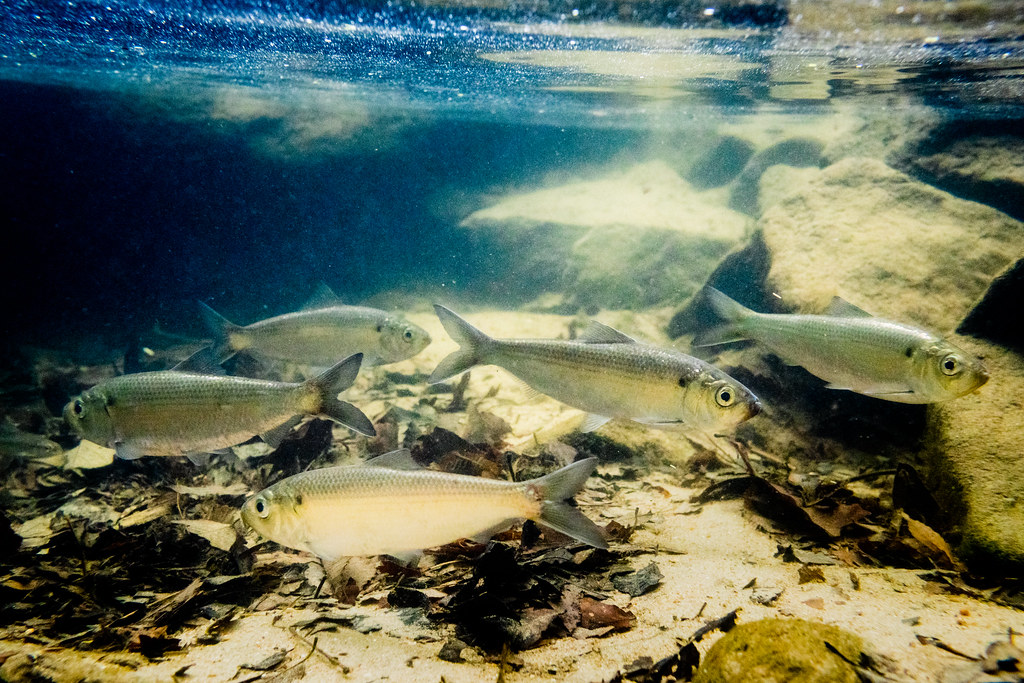 A “forage fish,” the alewife has a number of predators, including fish-eating birds like the osprey and double-crested cormorant. (Dave Maher/Flickr)

Also known as the big-eye or branch herring, the alewife is a thin, silver fish with a single dark shoulder spot located behind its head.

The alewife is a thin, silver fish with grayish-green back, smooth scales and large eyes. A single dark shoulder spot located behind the head appears on fish greater than 3.9 inches long. Adults grow to 15 inches and weigh less than one pound. Females are bigger than males.

A “forage fish,” the alewife has a number of predators, including lake trout, eels, bass, walleye, whitefish and salmon, as well as fish-eating birds like the osprey and double-crested cormorant.

An anadromous fish, the alewife must migrate from the ocean into freshwater rivers, streams and ponds to spawn each spring. Females reach spawning grounds first. Older fish are the first to spawn; adults move downstream after spawning takes place. Eggs are adhesive when first laid, but soon lose stickiness and settle on substrate. Eggs hatch in three to six days. Young grow rapidly through spring and summer. While some will spend first winter in the Bay, most gradually migrate downstream before entering the ocean in the fall. Less than one percent will survive spawning season. The oldest fish recorded at spawning sites were 9 to 10 years old.