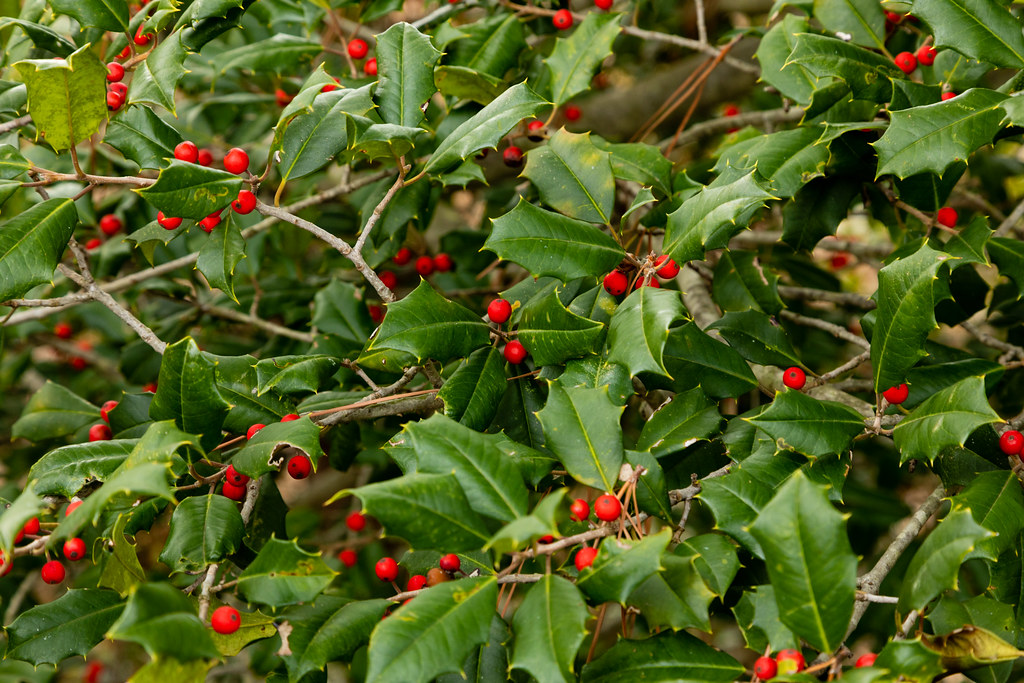 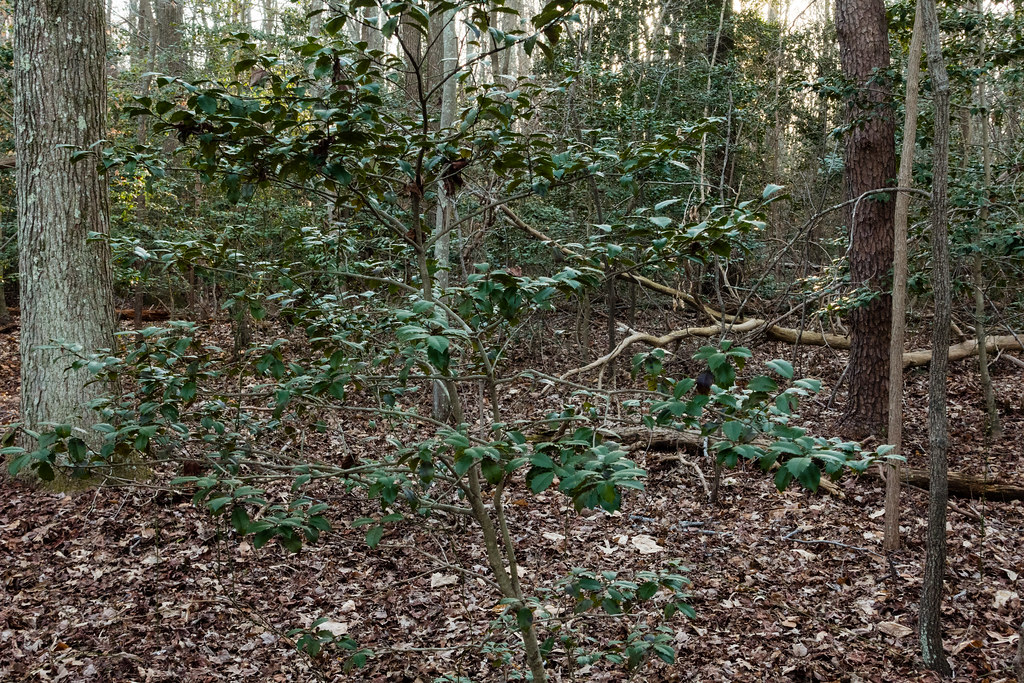 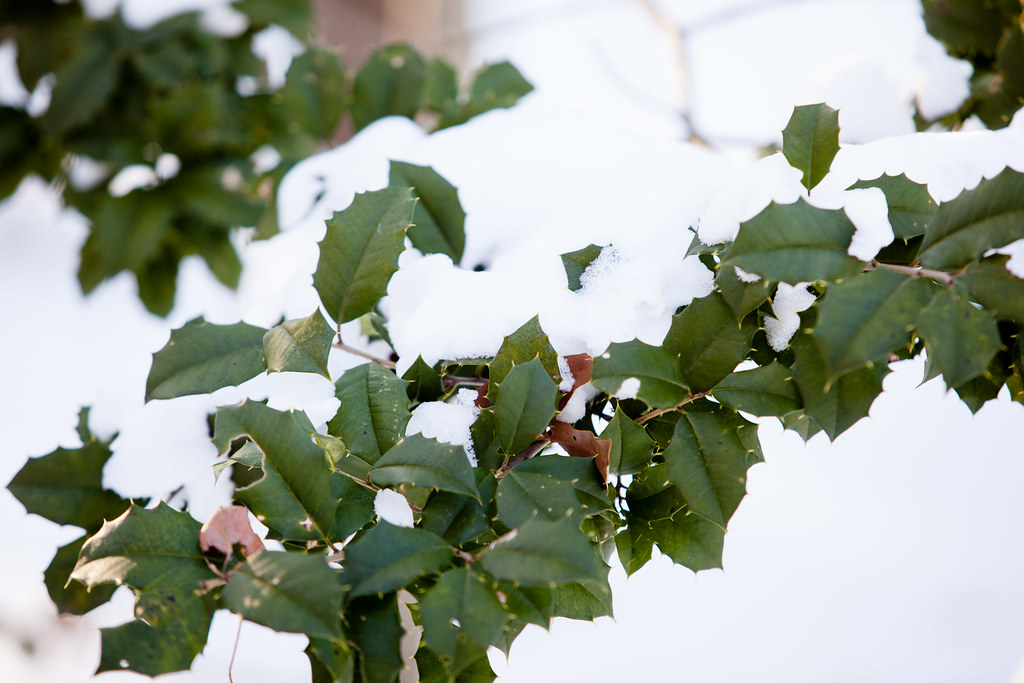 The American holly is an evergreen tree with stout, stiff branches and spine-tipped leaves. Female trees have small, bright red berries. It grows in moist areas throughout the Chesapeake Bay watershed.

The American holly is an evergreen tree native to the Chesapeake Bay watershed. Female plants grow bright red berries on their branches. The bark is smooth and a light white-grey color. Its spine-tipped leaves are green and leathery in texture. While the American holly normally maintains heights between 15 and 25 feet, it can reach heights of up to 60 feet when grown in a sufficiently moist location. Its trunk can reach a diameter of 20 inches.

Because they bear fruit year-round, the American holly is a valuable source of winter food for deer, squirrels, birds and other small animals.

The American holly begins flowering in the springtime, generally between April and June. Only the females produce fruit, which ripen from September through December and remain on the tree through the winter. Trees begin producing seeds when they are between four to seven years old, at which point they will begin producing greenish-white flowers. Pollination is a necessary step for reproduction, and is accomplished mostly with the help of insects, including ants, bees and moths.