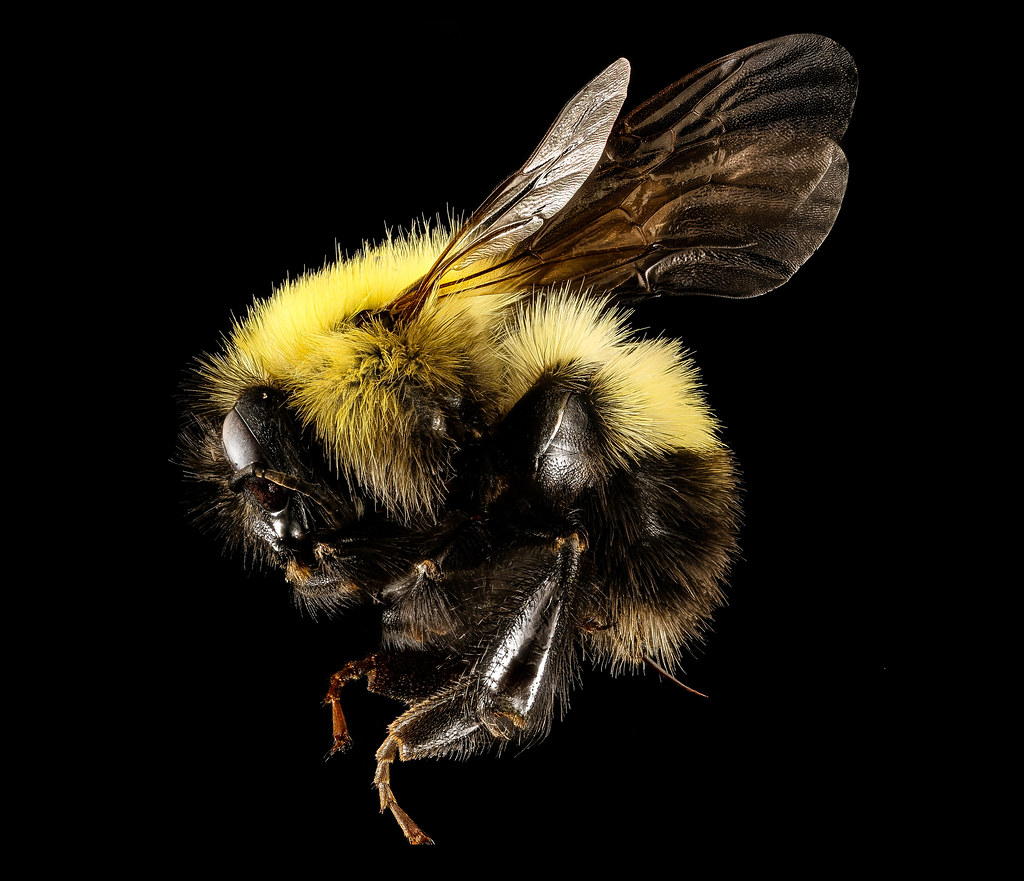 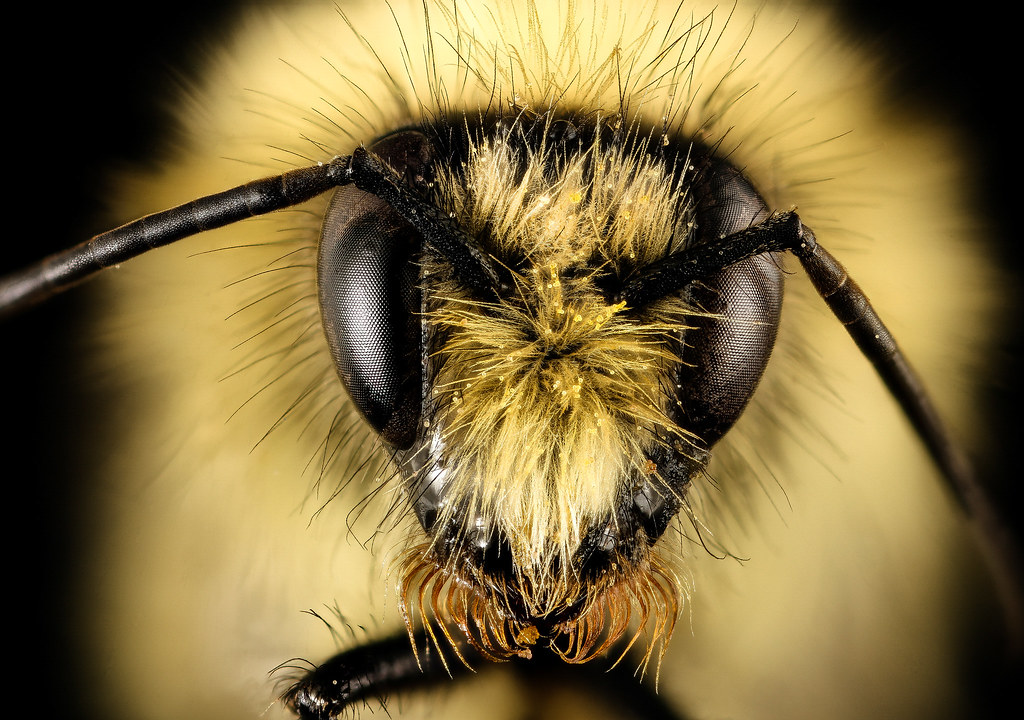 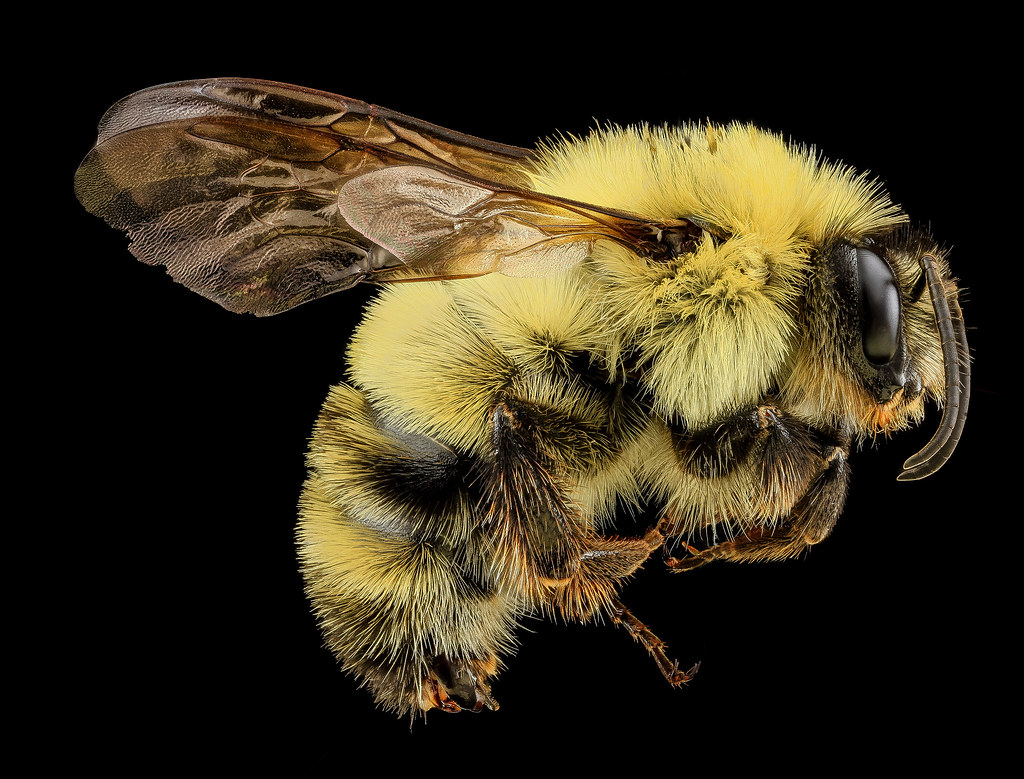 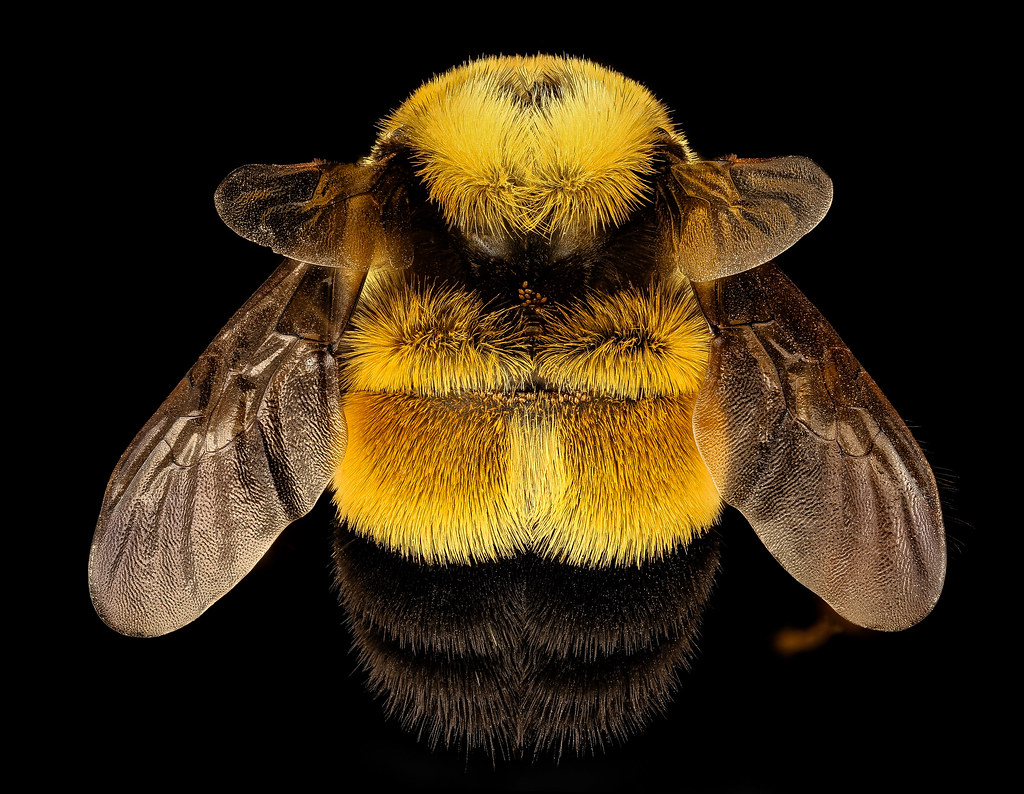 The rusty patched bumble bee used to be common throughout the Chesapeake, but is now an endangered species. (Photo credit USGSbiml/flickr, public domain) 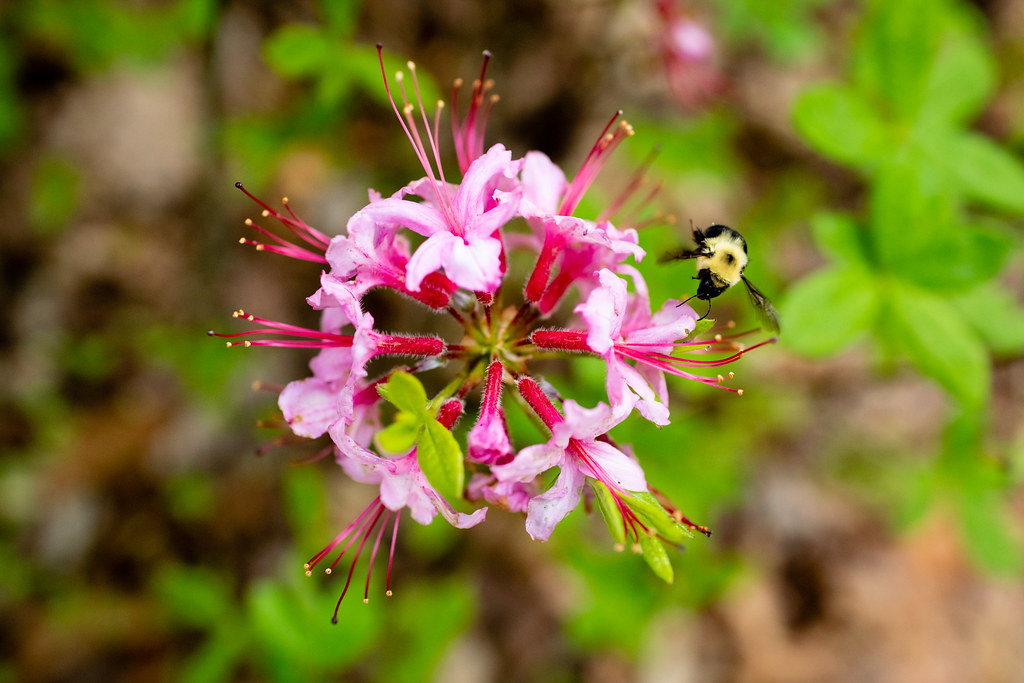 A bumblebee visits pinxter azaleas blooming in George Washington National Forest near the Jackson River in Alleghany County, Va., on May 12, 2018. The Jackson River forms part of the headwaters of the James River, along with the Cowpasture River. (Photo by Will Parson/Chesapeake Bay Program

Bumble bees are small, black and yellow fuzzy insects found throughout the Chesapeake Bay watershed. They are important pollinators and are threatened by pesticides, herbicides, habitat loss, disease and climate change.

Bumble bees are between one-quarter to one inch in length. They are black and yellow and have fuzzy hairs covering their stocky bodies. They are often confused with carpenter bees, which can be distinguished by their shiny, fuzz-less abdomen. They have two pairs of wings. The pairs are held together by tiny hooks, making it appear as though the bee only has two wings.

Bumble bees take both pollen and nectar from flowers. They harvest the pollen for protein and the nectar for carbohydrates. They will carry an average of 25 percent of their bodyweight in nectar and pollen back to the nest.

Some predators, including badgers, small birds and various insects, persevere despite the danger of being stung. However, the main dangers to bumble bees are pesticides, herbicides, habitat loss, disease and climate change.

Female bumble bees have a stinger. Unlike that of the honey bee, the stinger is smooth, so they can sting more than once without injuring themselves. Bumble bees are not aggressive and rarely sting.

Bumble bee wings can beat anywhere from 130 to 240 beats per second.

The queen bee will choose a nest site in the spring, after emerging from hibernation. She builds a mound from pollen and secreted wax to lay her eggs in. The queen stays on the nest and vibrates to keep the eggs warm for several days, until they hatch into larvae.

The small, grub-like larvae will feed on pollen and nectar gathered by the queen for about two weeks. They then build a cocoon to develop into adult bees. This first brood of the season produces female worker bees. Once these workers have matured, the queen bee will remain inside the nest for the rest of the season, laying hundreds of eggs.

Other broods will produce male bees and new queens, which will leave the nest to start their own colony. The new queens will mate in the late summer, then feed heavily to prepare for hibernation. The male bees leave the nest and try to find a new queen to mate with. The old queen and nest will die out at the end of the season.