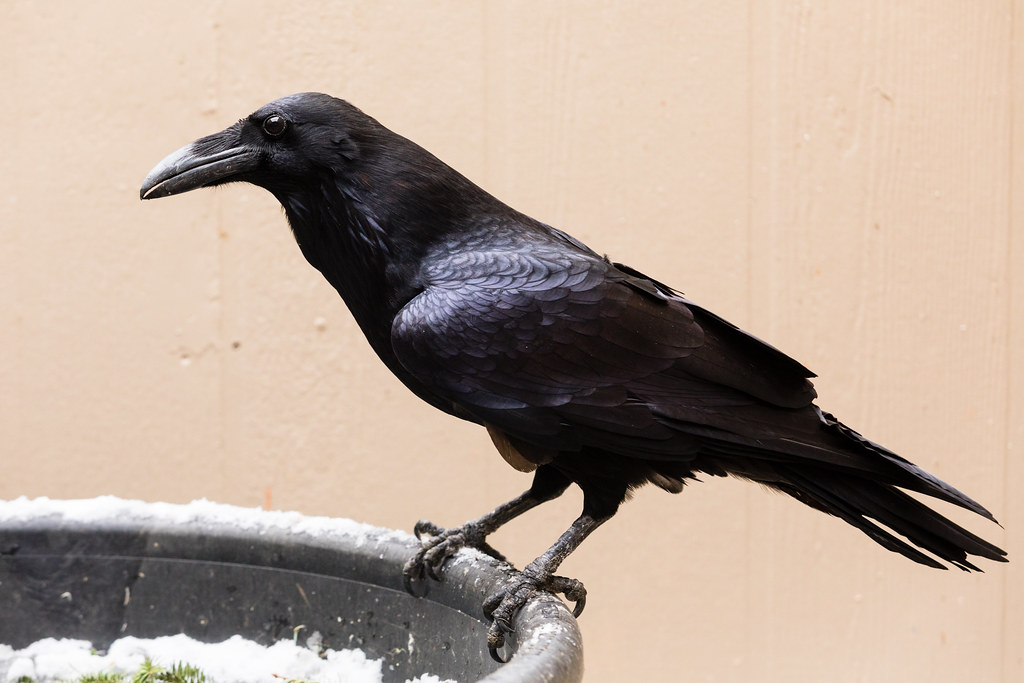 Common ravens are intelligent and inquisitive birds. Above, a non-releasable raven named Chogun lives in an aviary at Tuckahoe State Park in Caroline County, Md., on Jan. 17, 2018. (Photo by Will Parson/Chesapeake Bay Program) 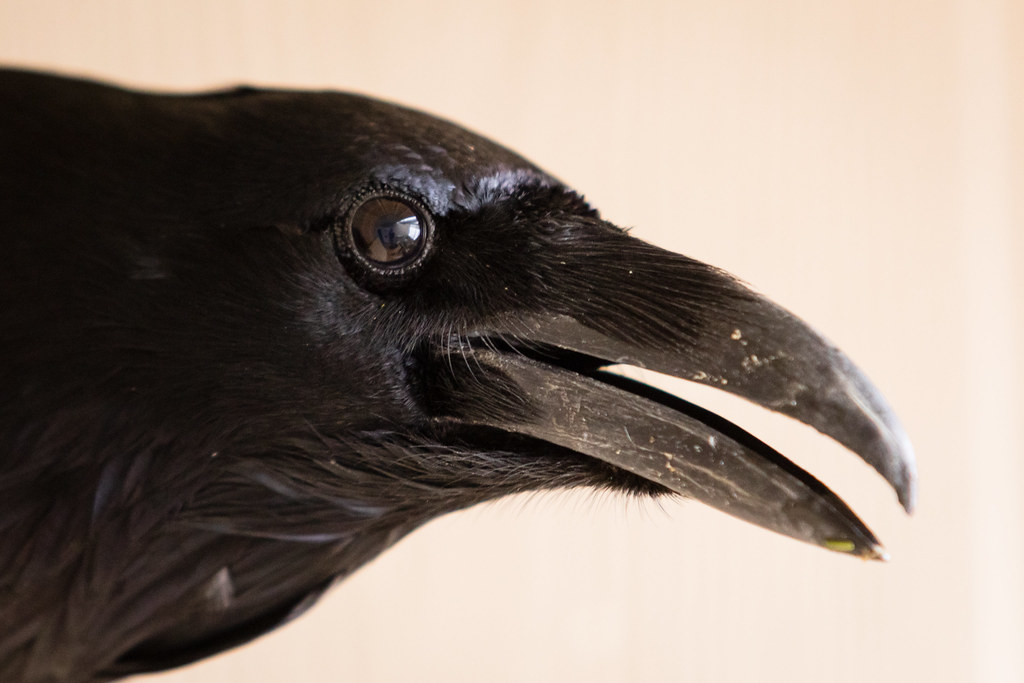 Although they can grow to be over two feet in length, common ravens are technically songbirds, and are the largest in that category. Above, a non-releasable raven named Chogun lives in an aviary at Tuckahoe State Park in Caroline County, Md., on Jan. 17, 2018. (Photo by Will Parson/Chesapeake Bay Program)

The common raven is an entirely black bird about the size of a hawk. It can be found in New York, Pennsylvania and West Virginia, as well as western Maryland and Virginia.

Common ravens are large, entirely black birds with shaggy throat feathers. They are about the size of hawks, growing to between 22 and 27 inches in length with a four-and-a-half-foot wingspan. Often confused with the American crow, the common raven is about one-third larger and has elongated and pointy throat feathers. In flight, it has a wedge-shaped tail. Males and females looks alike, although males are slightly larger.

Common ravens are omnivores, meaning they will eat both plants and animals, although they mostly eat animals. They are also scavengers, and will feed on carcasses of dead animals. If they are unsure if something is edible, they will wait to see if another bird eats it and survives.

Common ravens have few predators, but coyotes, large hawks, eagles, owls, martens and other ravens may attack nestlings. Adults are good at defending their young and will chase predators away.

Common ravens are known to glide or soar, which they do more often than American crows. They are also acrobatic flyers, and will do rolls or somersaults in the air.

Common ravens are vocal animals, and have over 20 types of vocalizations for different situations. They have calls for alarm, comfort, chasing, fighting and advertising territories.

Common ravens breed and lay eggs between mid-February and late May, with most clutches starting between March and April. Ravens lay between three and seven eggs. After hatching, both parents take care of young, which will stay in the nest for five to seven weeks. Ravens reach maturity at three years of age, and can live to be 13 years old in the wild.