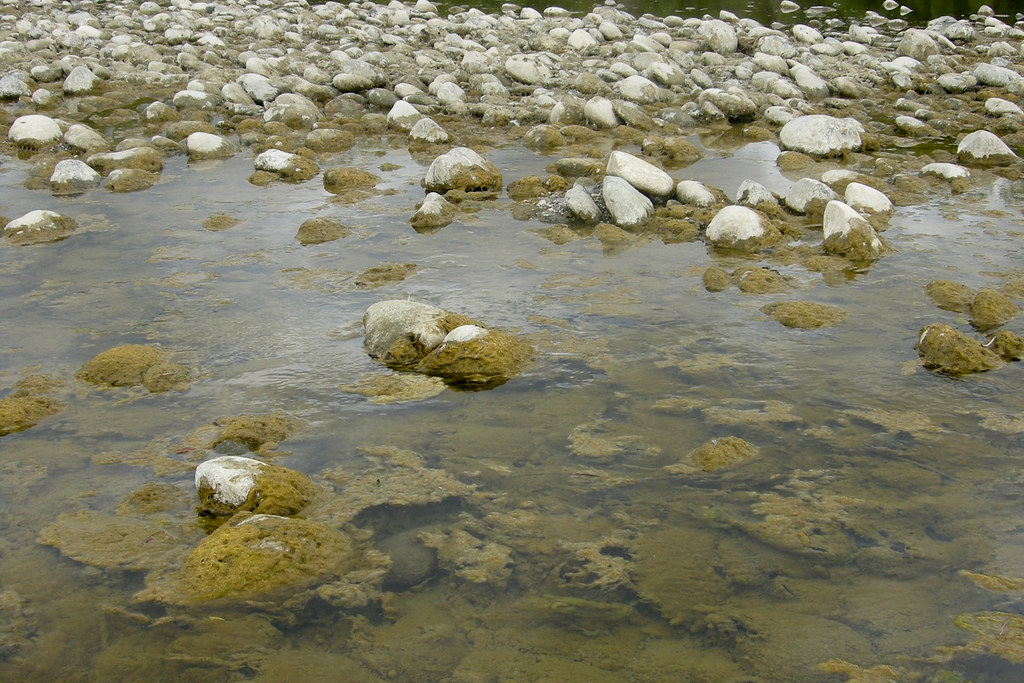 Didymo is a type of algae that forms dense mats at the bottom of freshwater streams. It is an invasive species.

Didymo can be white, yellow or light brown and looks slimy, but actually has a rough texture similar to wet wool. It forms thick, heavy mats and can be tough to pull apart or remove from rocks.

Didymo reproduces asexually when cells divide. As the algae cells divide, the stalks divide as well, forming a mass of stalks. Thick mats of didymo can remain for up to two months after the cells die.