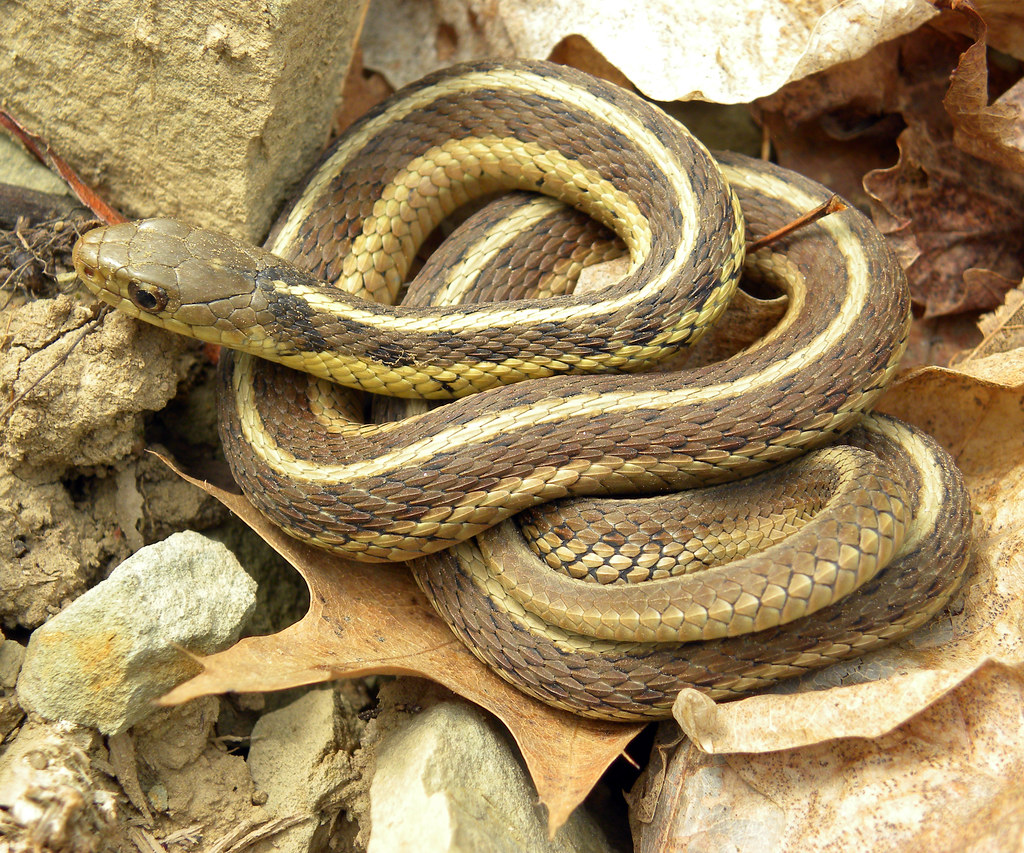 The eastern garter snake spends the winter hibernating under large rocks or inside animal burrows or caves. (Wilson44691/Wikimedia Commons) 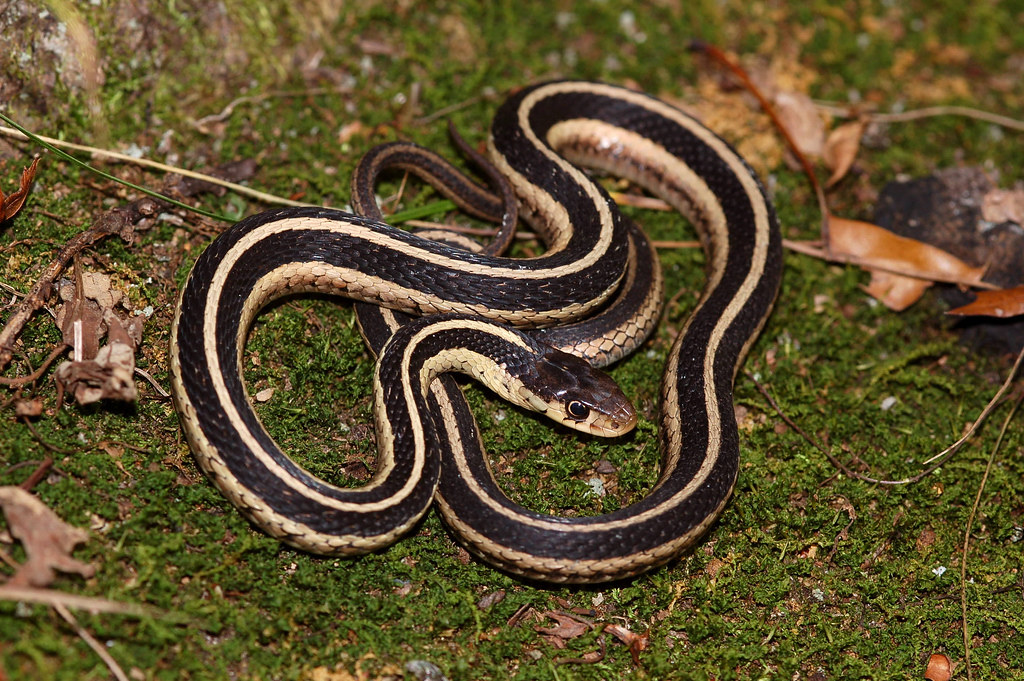 The eastern garter snake is known for the three white or yellow stripes that run down the length of its back. (squamatologist/Flickr) 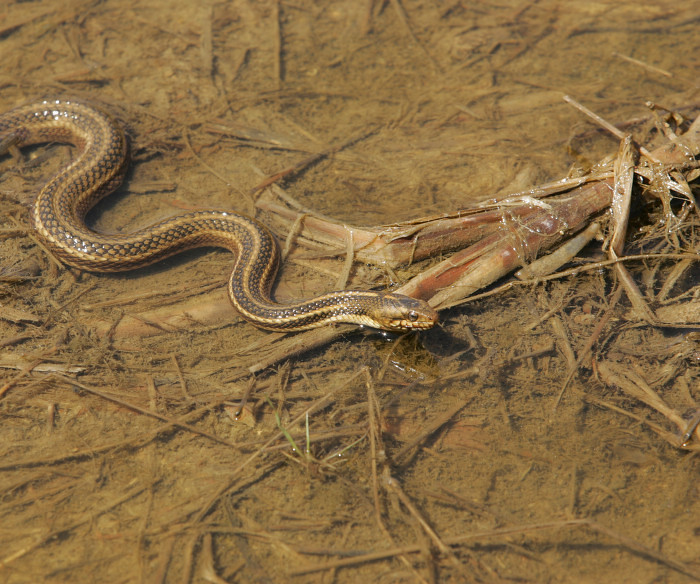 The eastern garter snake is a common terrestrial snake known for the three white or yellow stripes that run down the length of its back.

Adult eastern garter snakes grow to 18 to 26 inches long with keeled (ridged) scales and variation in their coloration and patterns. Their backs are dark brown, green or olive-colored with a distinct yellow or white stripe running down the center. This center stripe is often paralleled by two less distinct white, yellow, brown, green or bluish stripes, although occasionally individuals appear all black with no stripes. The area between the stripes is often a checkerboard pattern of black or green spots. Some individuals have red or orange on the skin between their dorsal scales. The snake's unmarked belly is cream-colored to yellowish green.

Eastern garter snakes mate in spring after emerging from winter hibernation. A single female may be courted by several males simultaneously, forming a "breeding ball." Unlike most snakes, garter snakes do not lay eggs. Females give birth to a litter of 10 to 40 live young in summer. Young are five to nine inches long at birth. Garter snakes typically live 3 to 4 years.