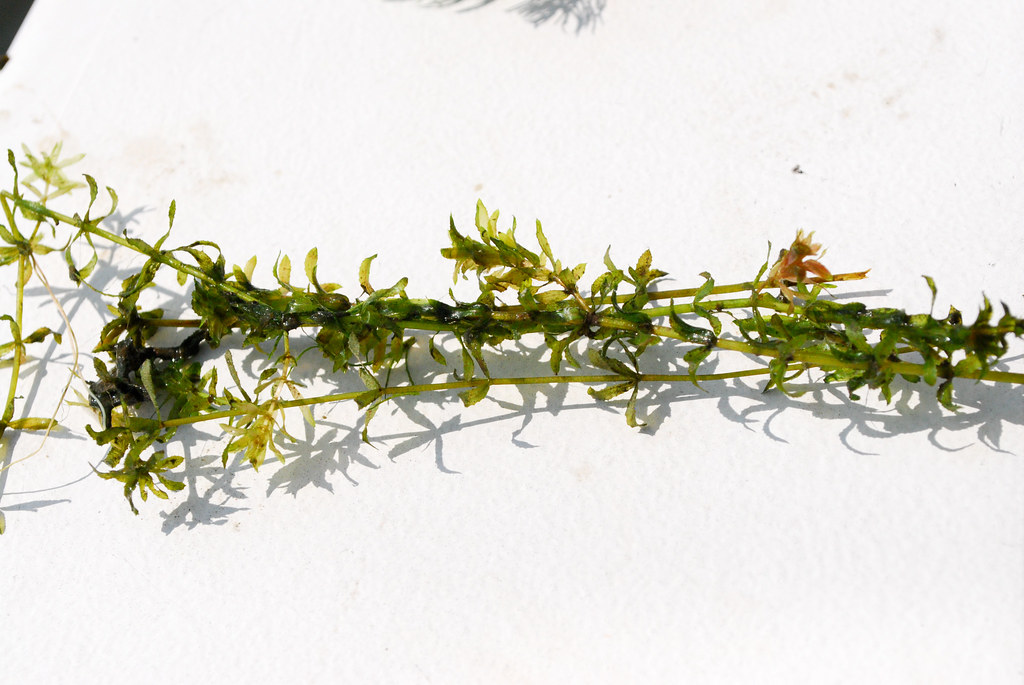 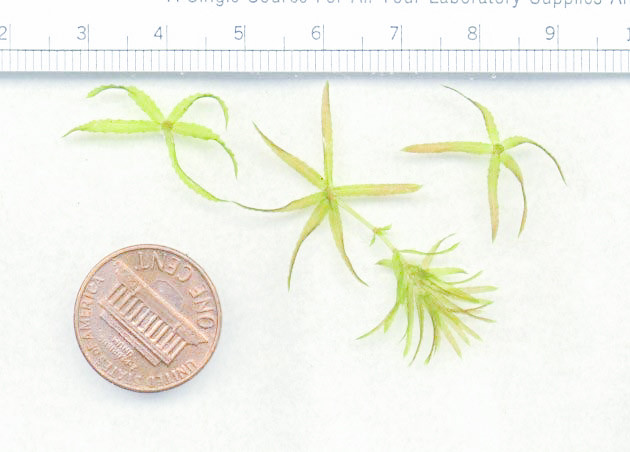 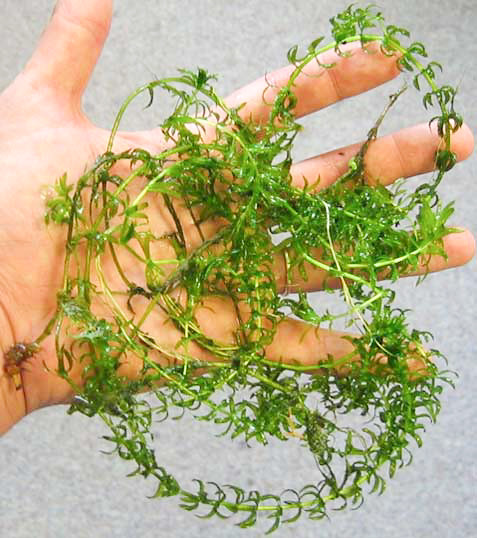 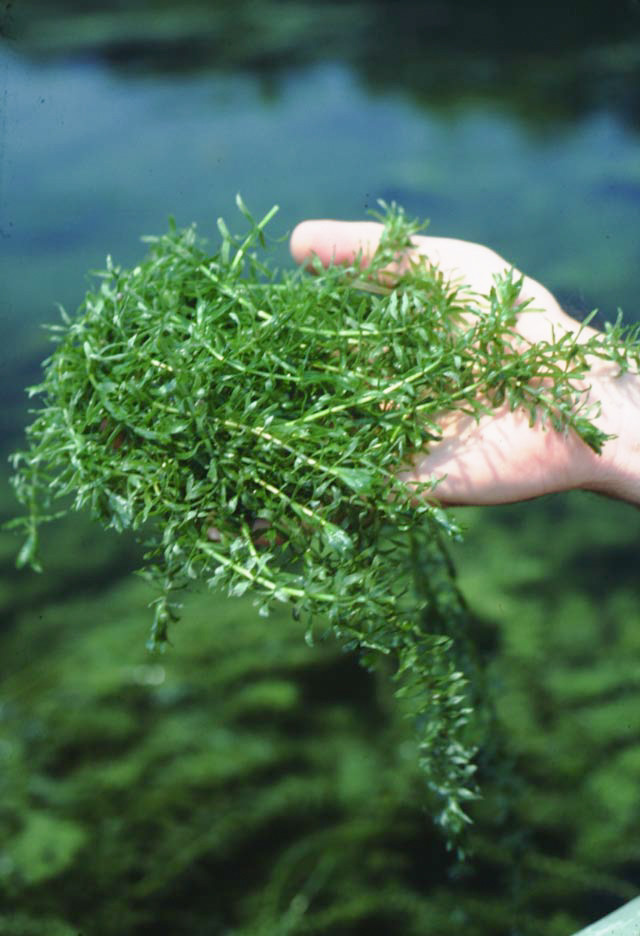 A scientist holds a mass of hydrilla. (Maryland Department of Natural Resources) 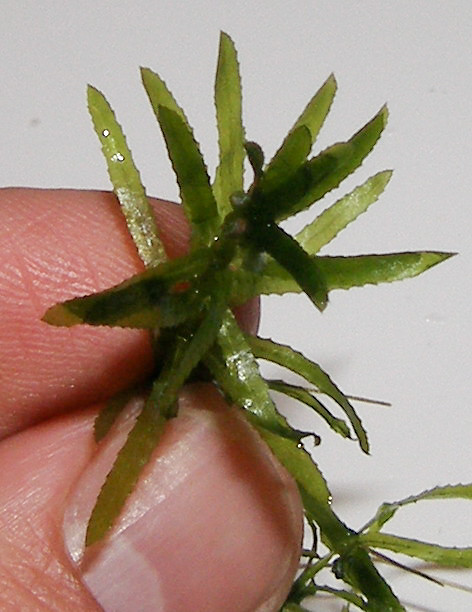 Hydrilla is a nonnative underwater grass that grows in freshwater portions of the Chesapeake Bay and most of its tributaries.

Hydrilla is made up of long, freely branching stems with tiny, straight or lance-shaped leaves that usually have visible teeth along the edges. Leaves grow in whorls of four or five along each stem. Tiny, white flowers appear in late summer. Rhizomes grow along or just below bottom sediments. Roots and small, fleshy tubers grow from the rhizomes.