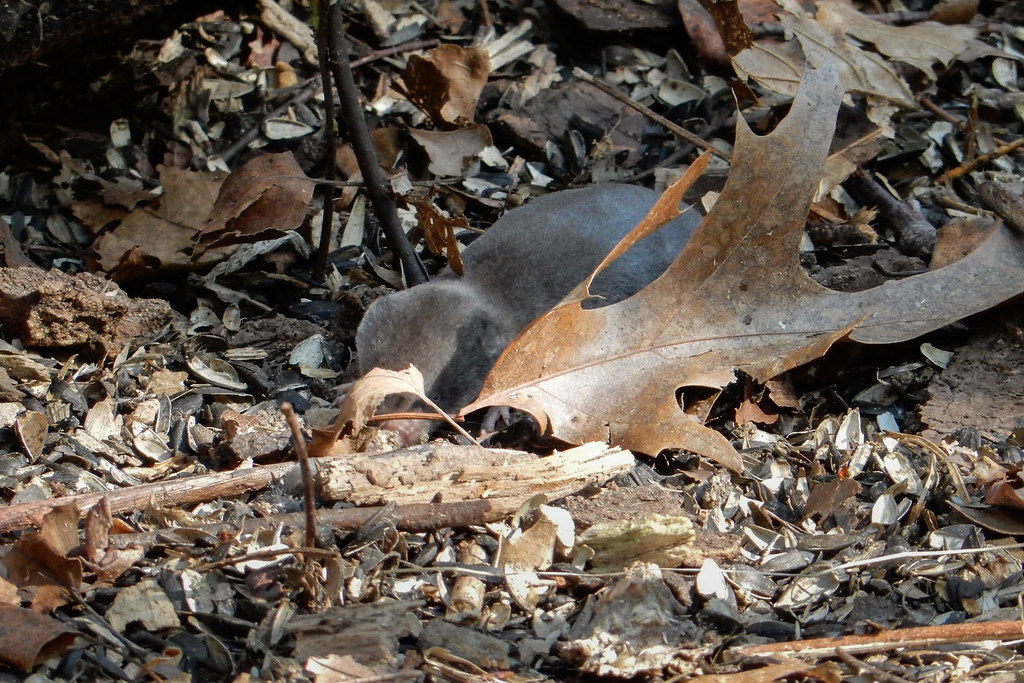 Due to their small size and active lifestyles, long-tailed shrews need to eat almost constantly, often consuming twice their body weight in a day. Above, a long-tailed shrew in Woburn, Mass., on May 11, 2014. (Photo courtesy Sylvia Scharf under a CC BY-NC license) 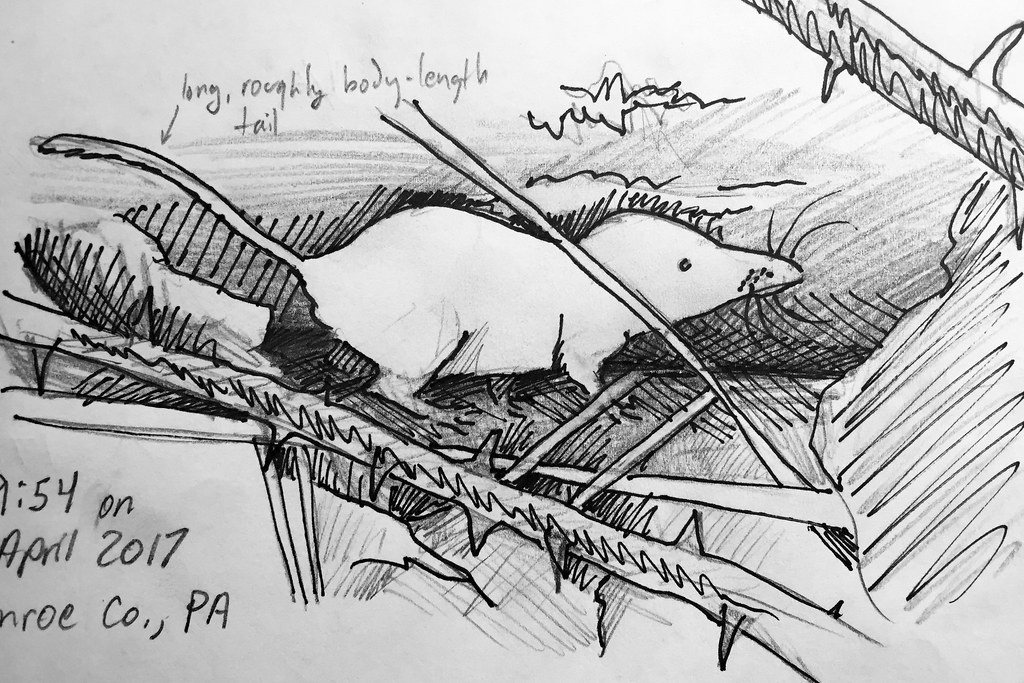 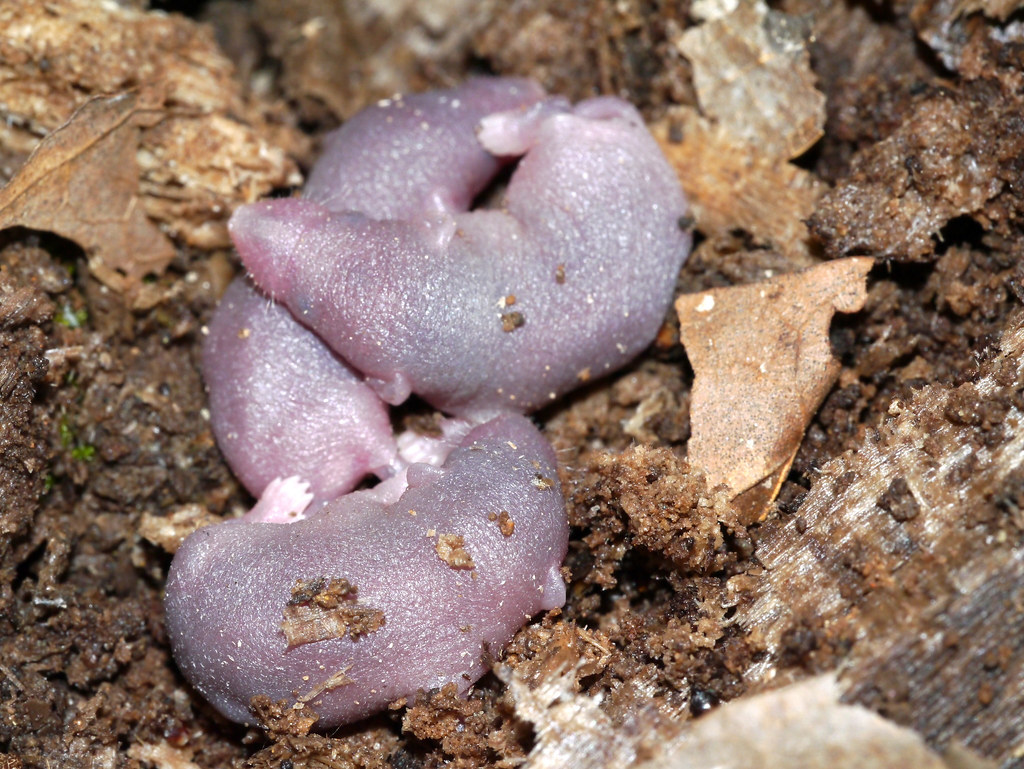 Juvenile shrews of the genus Sorex are found inside a decaying log near the Rivanna River in Charlottesville, Va. (Photo courtesy Matt Muir/iNaturalist CC BY-NC-SA) 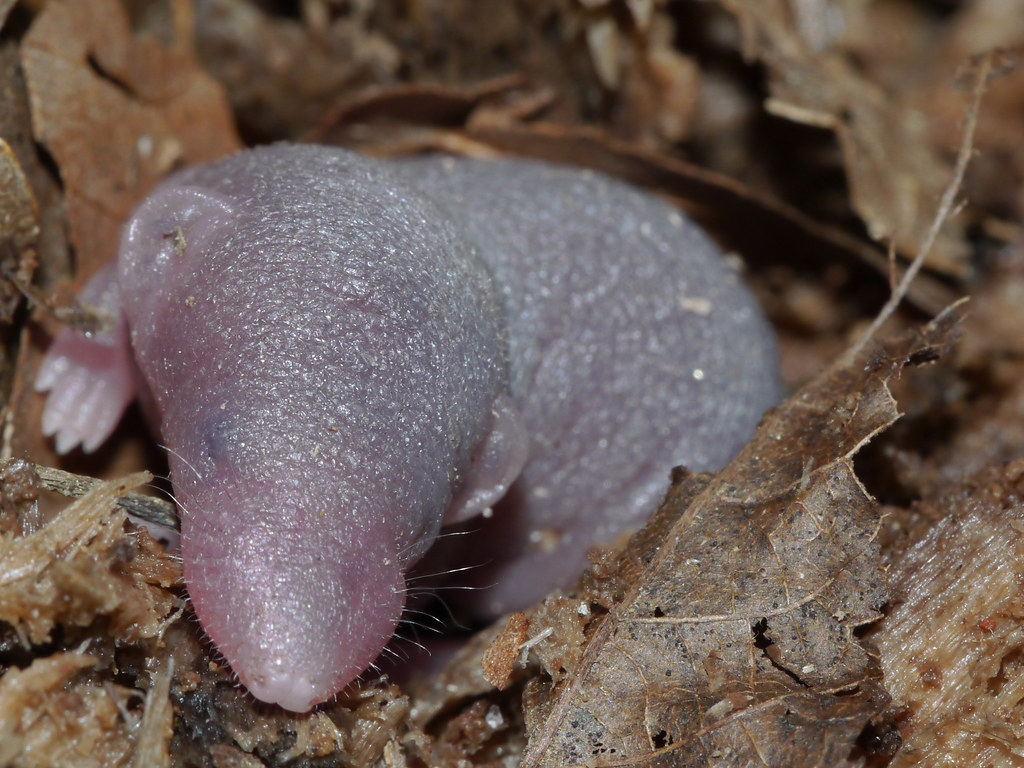 Juvenile shrews of the genus Sorex are found inside a decaying log near the Rivanna River in Charlottesville, Va. (Photo courtesy Matt Muir/iNaturalist CC BY-NC-SA)

The long-tailed shrew is a mid-sized shrew with a slender body and long tail. It lives in cool, rocky, forested areas and can be found year-round in the Appalachian Mountains.

The long-tailed shrew has a slender body, long snout, small eyes and a long, thick tail. Its body averages to 2.75 inches in length, and its tail can be between 2.2 to 2.5 inches long. The long-tailed shrew is dark gray with slightly paler under parts. These shrews are often confused with the smoky shrew, but the smoky shrew has a wider body and a shorter, bicolored tail.

Due to their small size and active lifestyles, long-tailed shrews need to eat almost constantly. They often consume twice their body weight in a day. They feed mostly above ground, on plant materials and small invertebrates such as centipedes, beetles, spiders, flies and crickets.

The long-tailed shrew’s major predators include snakes, weasels, other small mammals and birds of prey. In order to avoid predators, long-tailed shrews tend to feed at night and remain under forest debris. Since they are small and can be confused for mice, they also have a distinct musky odor that could serve as a deterrent for predators.

Since long-tailed shrews are relatively rare, not much is known about their reproduction and development. What is known is that they reproduce between April and August, and they can have multiple litters each year. When born, long-tailed shrews have no fur and live in a nest made of grass and leaves. They stay there for about four or five weeks, until they are weaned. Then they gain some independence, but spend the next several weeks foraging with their mother.

Shrews tend to have short lifespans, and it is estimated that long-tailed shrew live up to two years in the wild. They are active both during the day and at night throughout the year. They are generally solitary animals and spend almost all of their time foraging.