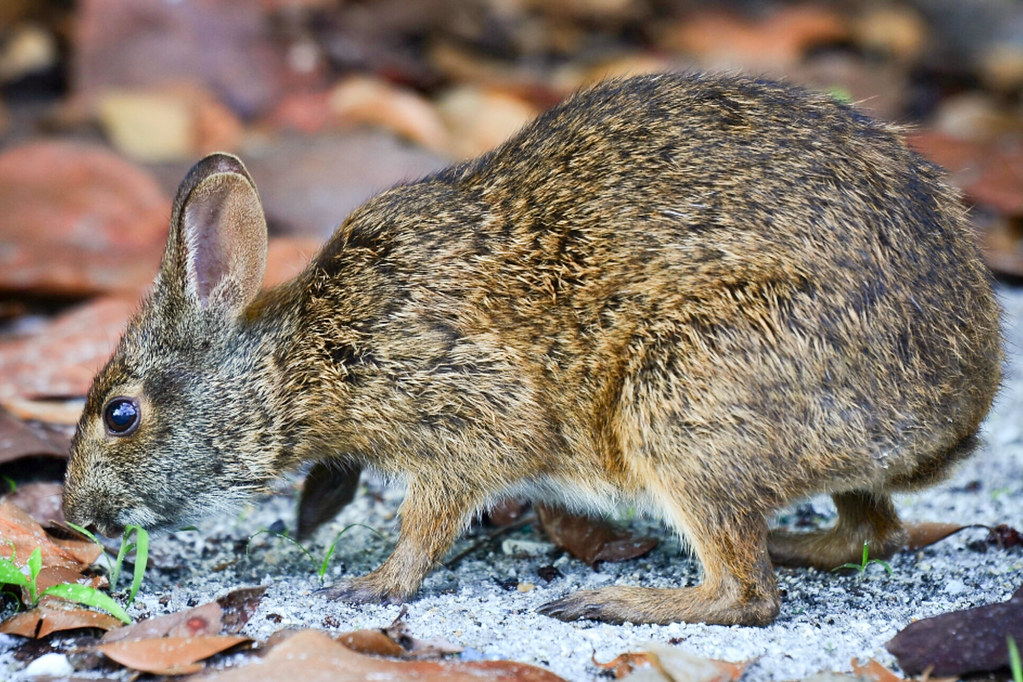 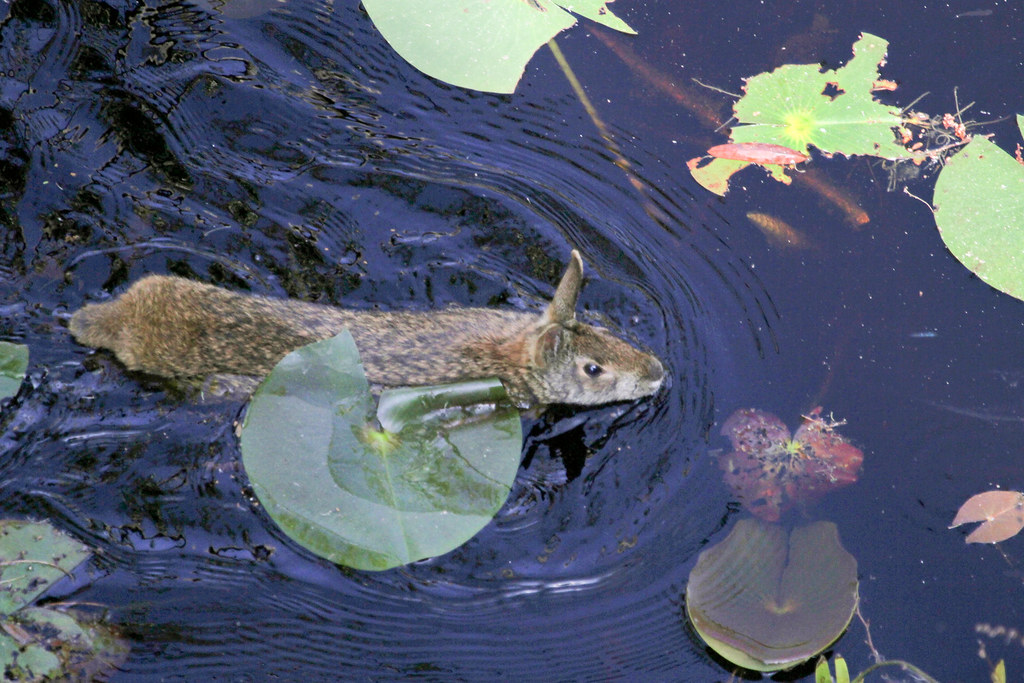 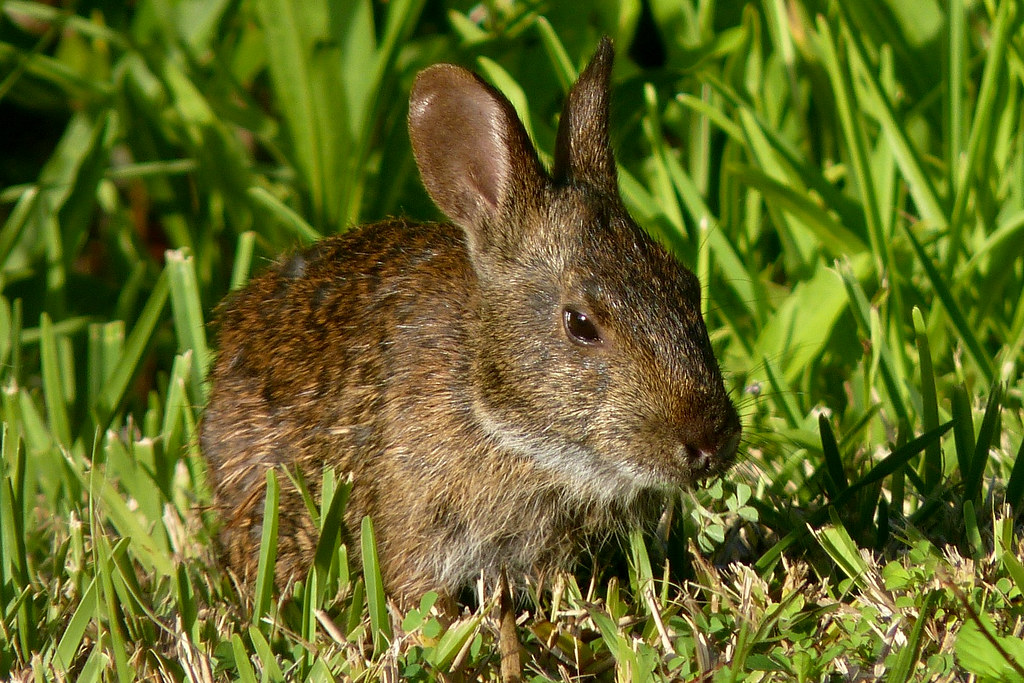 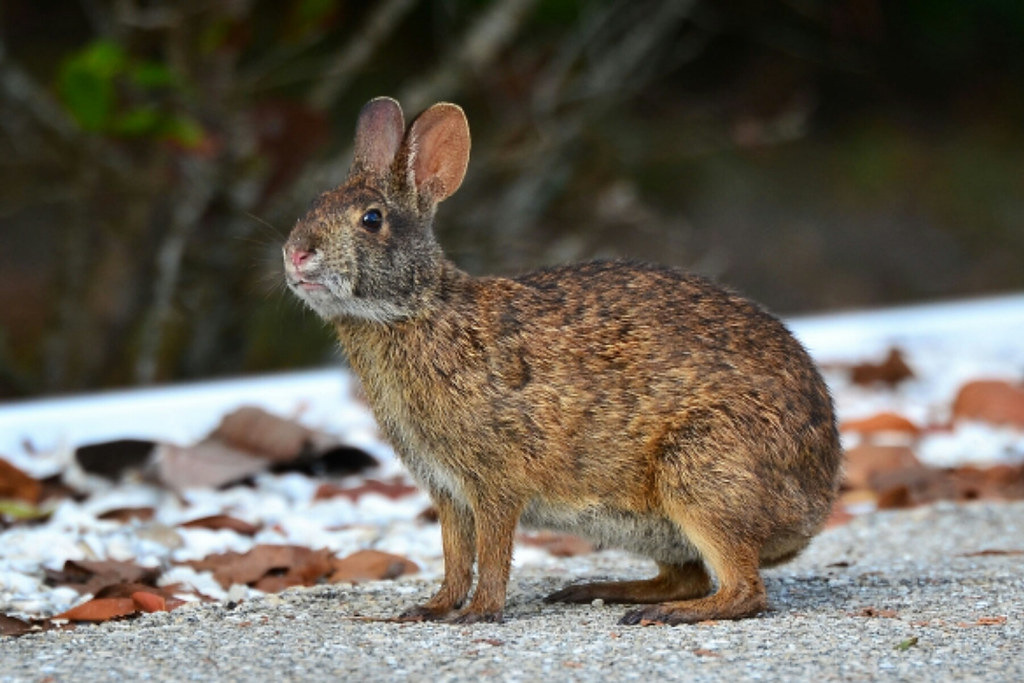 In the Chesapeake watershed, marsh rabbits are found only in the marshes and swamps of southeastern Virginia. (Photo courtesy Perry Everett/iNaturalist CC BY-NC)

The marsh rabbit is a brownish, medium-sized rabbit. In the Chesapeake Bay watershed, it is only found in the marshes and swamps of southeastern Virginia.

Marsh rabbits have reddish brown or dark brown fur and dark bellies. Their small, grayish tails are dark underneath. They have short, rounded ears. Their feet are small, with long toenails on the hind feet. Marsh rabbits grow 14 to 16 inches in length.

Marsh rabbits feed on aquatic plants such as cattails, duck potato, water hyacinth and marsh grasses. They can also eat woody plants such as blackberry, greenbrier and tree bark.

Great-horned owls and marsh hawks are the two main predators of marsh rabbits, but other raptors such as bald eagles may prey upon them as well. Young are often eaten by rattlesnakes and water moccasins.

Breeding occurs several times between February and September. Females may produce four litters of 2 to 4 young each year. Nests are built of fur and grass within sedges at the edge of the water. Gestation lasts 30 to 37 days. Young are born blind and helpless; their eyes open in about 4 to 5 days. The female cares for her young until they are weaned, which takes about 12 to 15 days. Young often reach sexual maturity before age one. Marsh rabbits can live up to four years, but most do not live past one year.