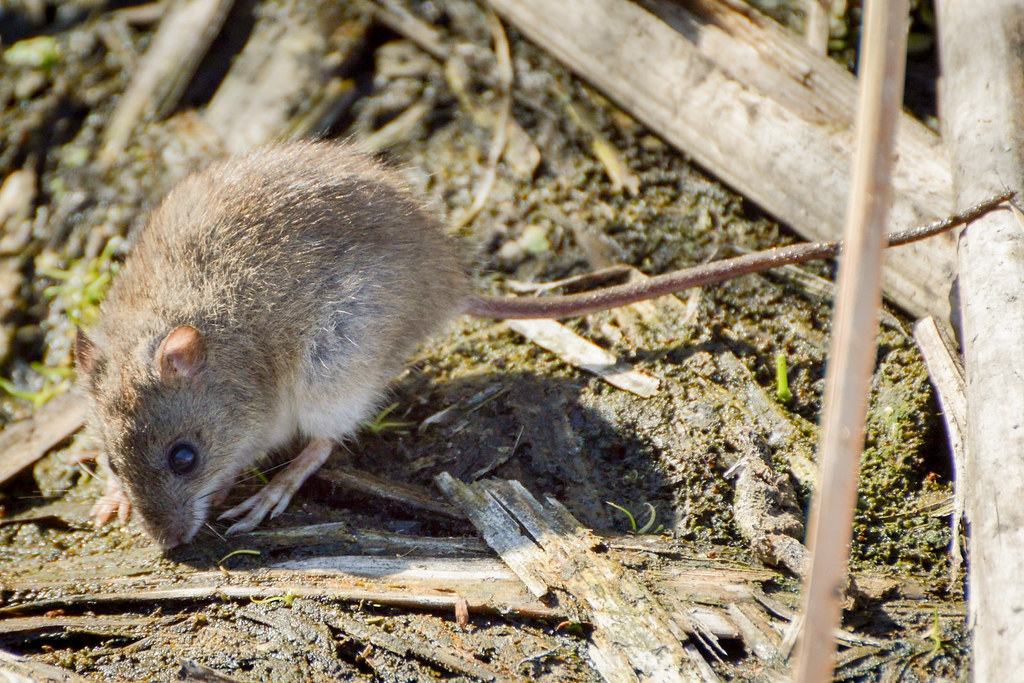 The marsh rice rat is a grayish-brown rodent with a long tail. It lives in tidal marshes near the Chesapeake Bay in Delaware, Maryland and Virginia.

The marsh rice rat has a long, slender body covered in coarse, grayish-brown fur with some blackish hairs. Its scaly tail is usually longer than its head and body (about 7 inches long). Its belly, feet and the underside of its tail are light grayish or whitish. These rats grow to about 5 inches long and weigh less than 3 ounces.

An opportunistic feeder, the march rice rat eats whatever is available, including insects, snails, fishes, bird eggs and fiddler crabs as well as grasses, sedges and aquatic plants.

Owls are a major predator. Other predators may include hawks, minks, weasels, raccoons, foxes and snakes. These rats will often dive underwater when threatened.

Breeding occurs several times between March and October. Females can produce several litters of 3 to 5 young each year. The marsh rice rat builds a softball-sized nest of woven grasses and sedges in hidden areas above the high-tide mark. Gestation lasts about 25 days.

Young are born blind and helpless; by early in their second week of life, young open their eyes and are able to eat solid food. Females reach sexual maturity within six weeks of age. Marsh rice rats usually do not live longer than one year.