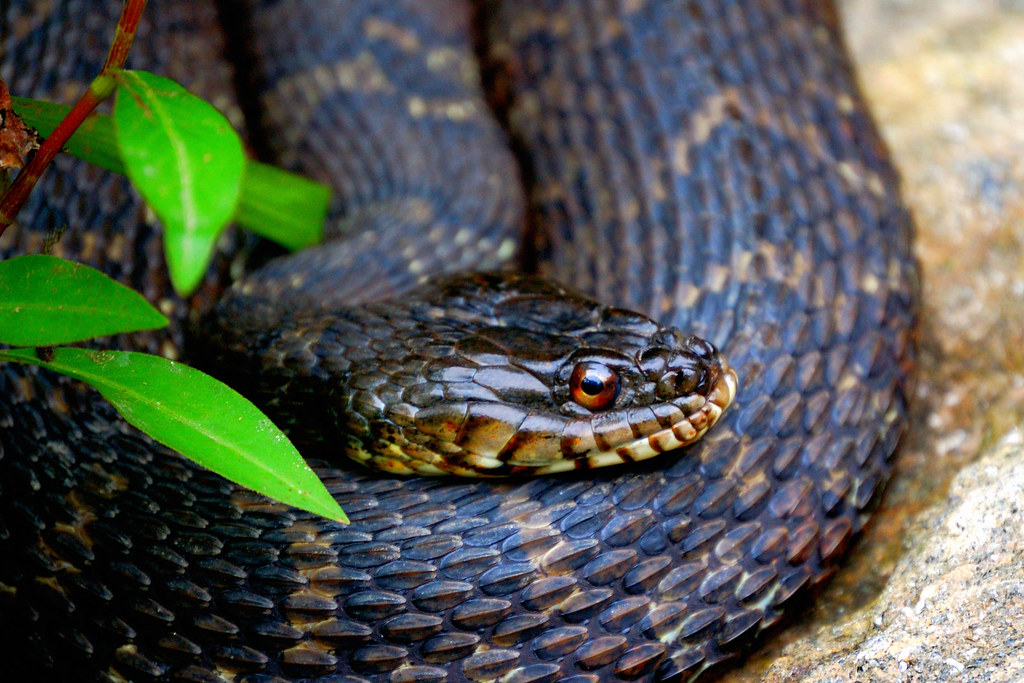 Water snakes can be identified by their round pupils. Above, a northern water snake is seen in Maryland on June 2, 2018. (Photo courtesy Mitch Greene/iNaturalist CC BY-NC) 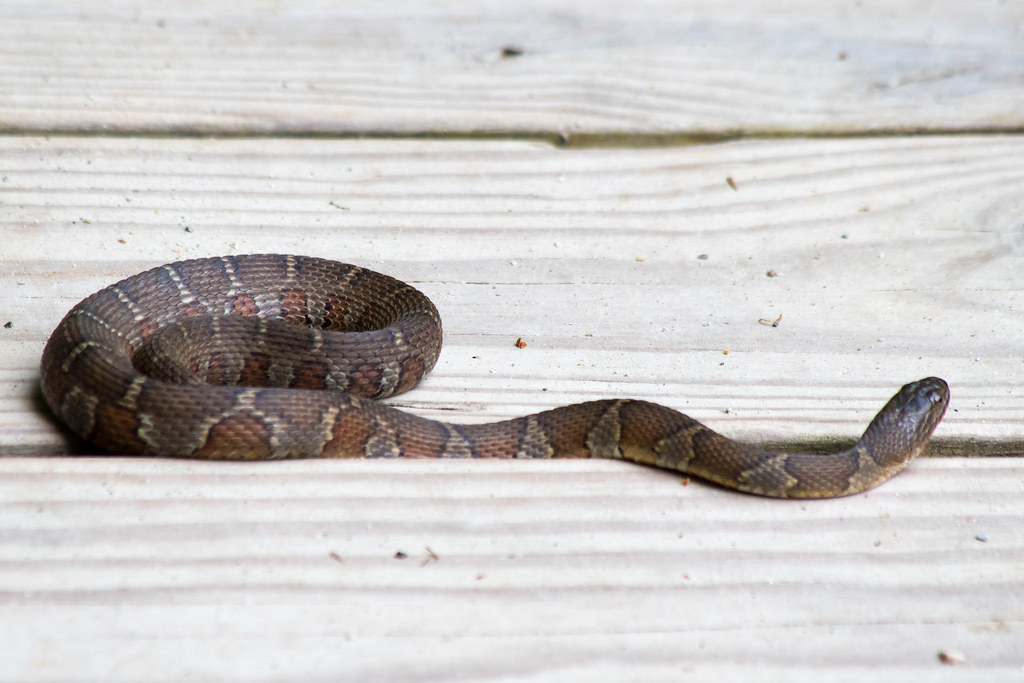 Water snakes have dark, thick crossbands on their body. These markings often fade as the snake gets older. Above, a northern water snake is seen in James City County, Va., on May 10, 2018. (Photo courtesy Jeanette Navia/iNaturalist CC BY-NC)

The northern water snake is a non-venomous aquatic snake that lives in lakes, swamps, streams and other waterways throughout the Chesapeake Bay watershed.

The northern water snake grows to be two to four feet long. They have a highly variable color and pattern and may be tan, gray, reddish or brownish-black. Older snakes are darker, often without a clear pattern. Dark crossbands appear on their neck and forefront of their body; the dark bands are wider than the lighter-colored spaces between them. Alternating dark blotches appear on their back and sides on the lower half of their body, and half-moon-shaped spots appear on their belly. They have a double row of scales under their tail. Northern water snakes also have round pupils.

These snakes eat small fish, worms, frogs, salamanders and crayfish and will swallow their prey alive.

Large snakes and mammals such as foxes and raccoons prey upon water snakes. They escape predators by diving underwater. When threatened, they can be agressive and will secrete a foul-smelling odor to keep predators away.

Males begin to breed within two years. Females mate when they are three years old. Females give birth to one litter of live young per year, usually in mid- to late summer. Water snakes are independent at birth.