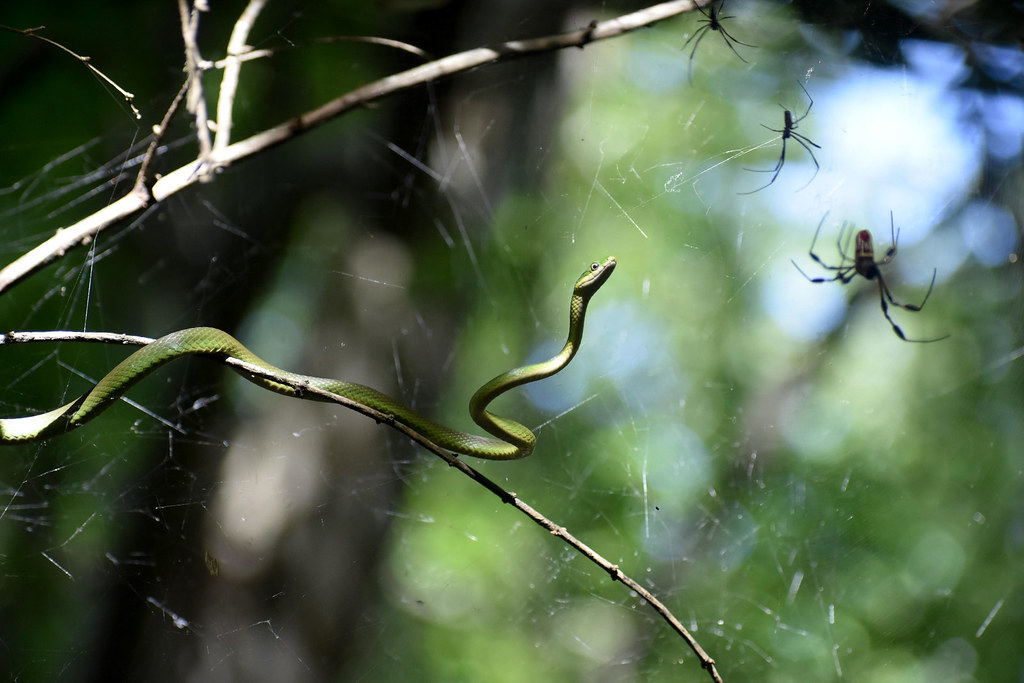 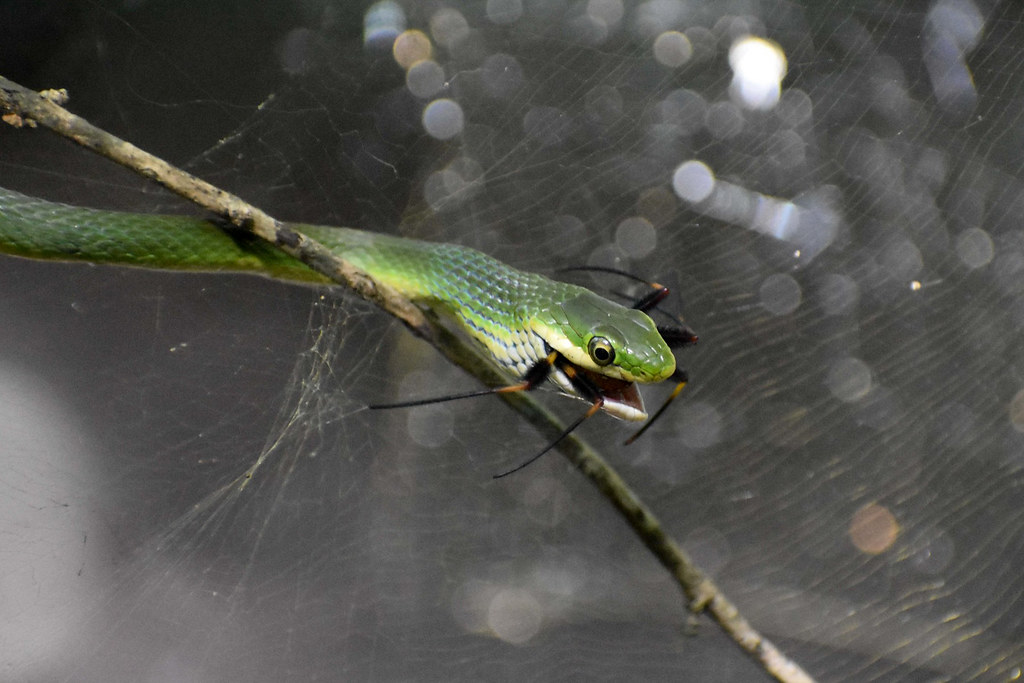 The rough green snake gets its name from the rough-looking scales that cover its green body. (Photo courtesy Max Roberts/iNaturalist CC BY-NC) 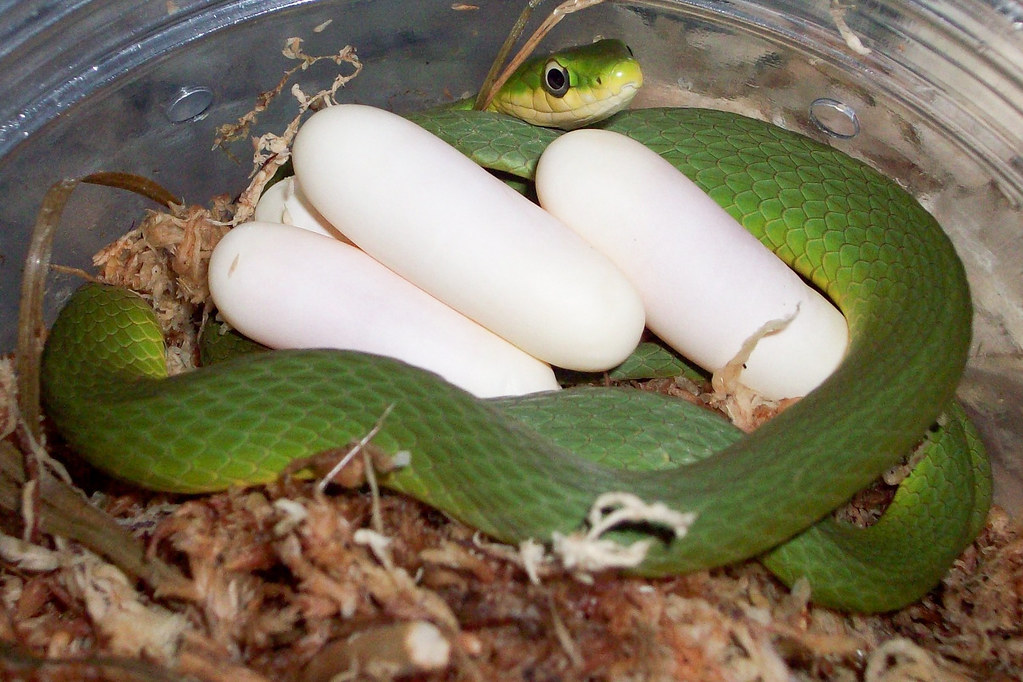 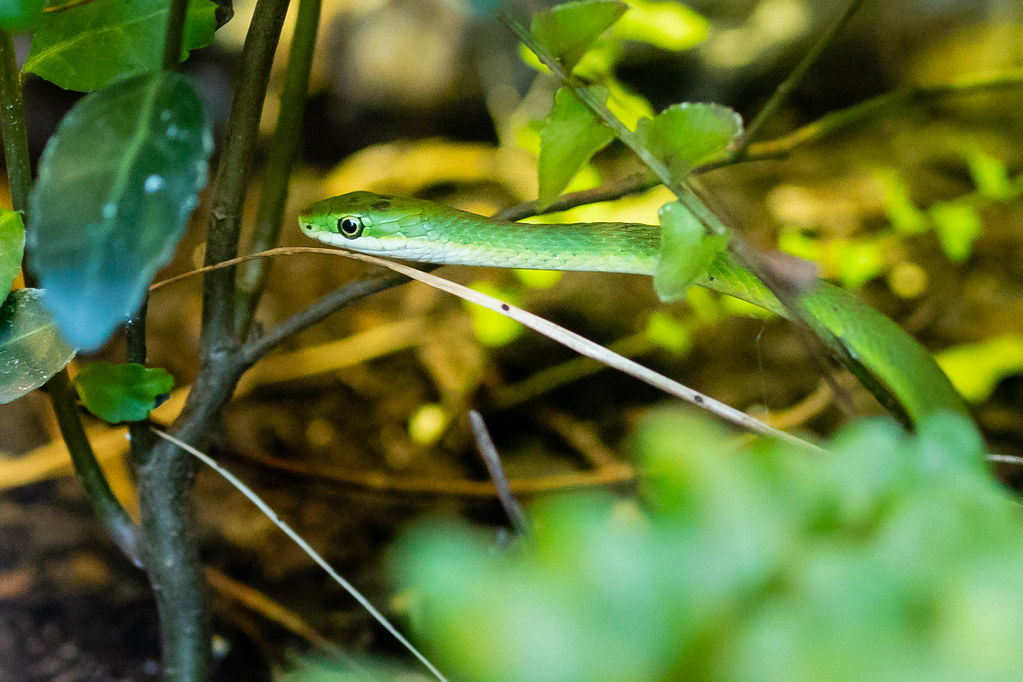 The rough green snake is a non-venomous snake with a long, slender, bright green body. It lives in leafy trees and shrubs in thickly vegetated areas throughout the Chesapeake Bay region.

The rough green snake grows to 22 to 32 inches in length. It has a long, slender, bright green body covered with rough-looking scales and a white, cream or yellow belly.

Rough green snakes feed primarily on insects such as crickets, caterpillars and grasshoppers, though they will also eat snails, spiders and small frogs. They use their excellent vision to find and track down prey.

When rough green snakes are within striking range of their prey, they assume spring-like curves with their body. They then straighten out their entire body at once, allowing the snake to propel its head toward the prey.

Birds, larger snakes, domestic cats and even some large spiders prey upon rough green snakes. They do not bite and are relatively defenseless. However, they are well camouflaged in dense vegetation, where they hide from predators.

Male rough green snakes court females using a variety of motor patterns, including chin rubbing, tail waving and head jerking. They usually leave the female immediately after breeding occurs. Females reach sexual maturity at 21 to 33 months. They lay two to 12 eggs in June or July, typically in a moist location such as in a tree hollow or under a rock.

Several females will often share a nest. Eggs hatch in August and September, yielding baby snakes that are seven to eight inches long. These snakes have been known to live up to eight years in captivity.