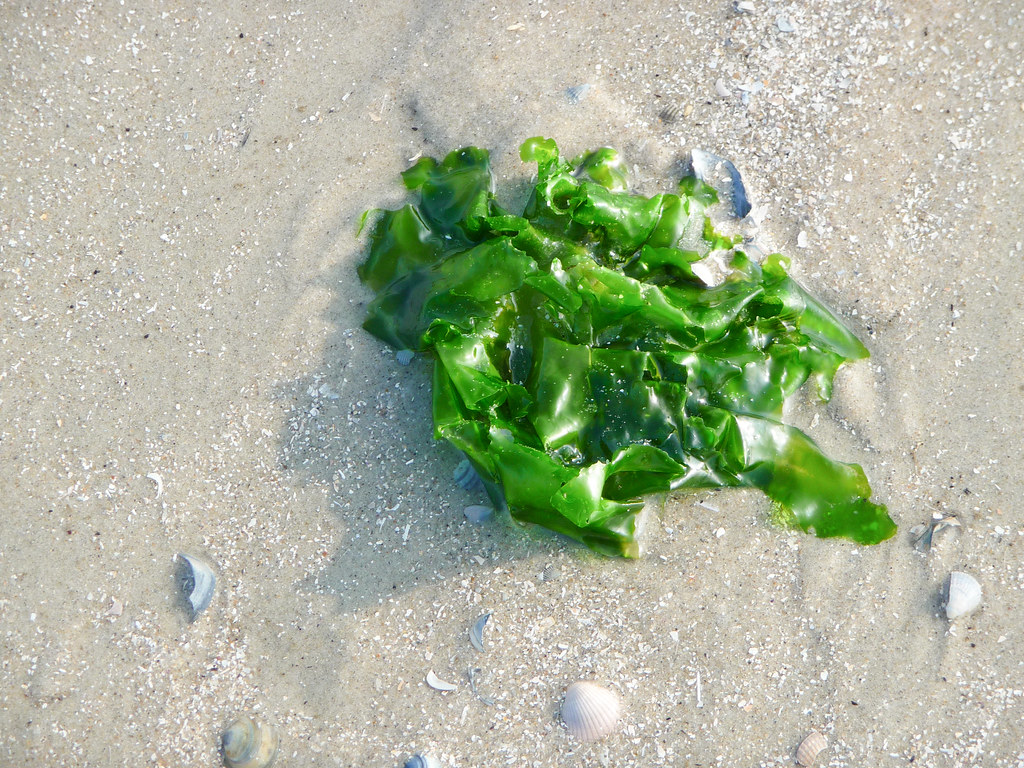 Sea lettuce is often found washed up on the shore. (4028mdk09/Wikimedia Commons) 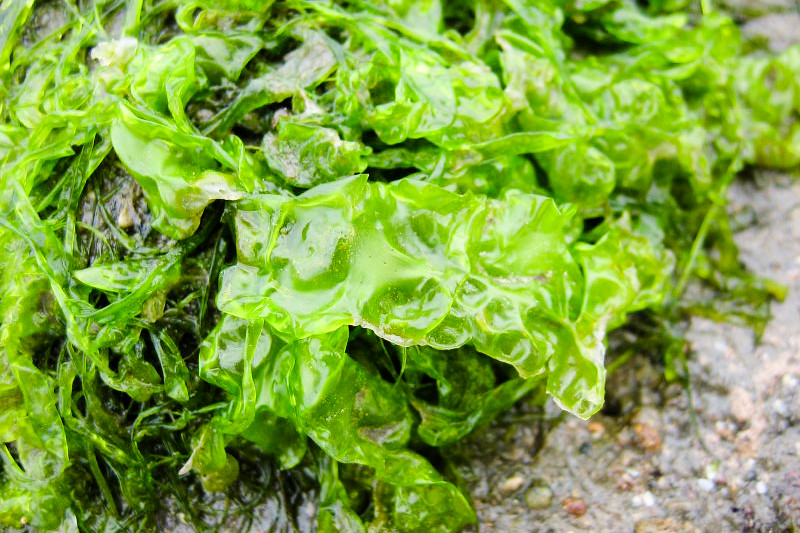 Sea lettuce is a type of algae that grows in thin, green, wavy-edged sheets. It can be found in shallow waters throughout most of the Chesapeake Bay.

Sea lettuce grows in thin, green sheets with wavy, ruffled edges. It looks similar to wilted lettuce. It grows to be 6 to 24 inches and usually grows in large masses.

Sea lettuce goes through two reproductive phases. During the first phase, adults produce spores by meiosis. The spores settle and grow to form male and female plants. During the second phase, the male and female plants produce gametes by mitosis. The gametes unite and develop into adult plants. When sea lettuce dies, it sinks to the Bay’s bottom, where it is decomposed by bacteria. During this process, bacteria consume oxygen until there is little or none left in these bottom waters.