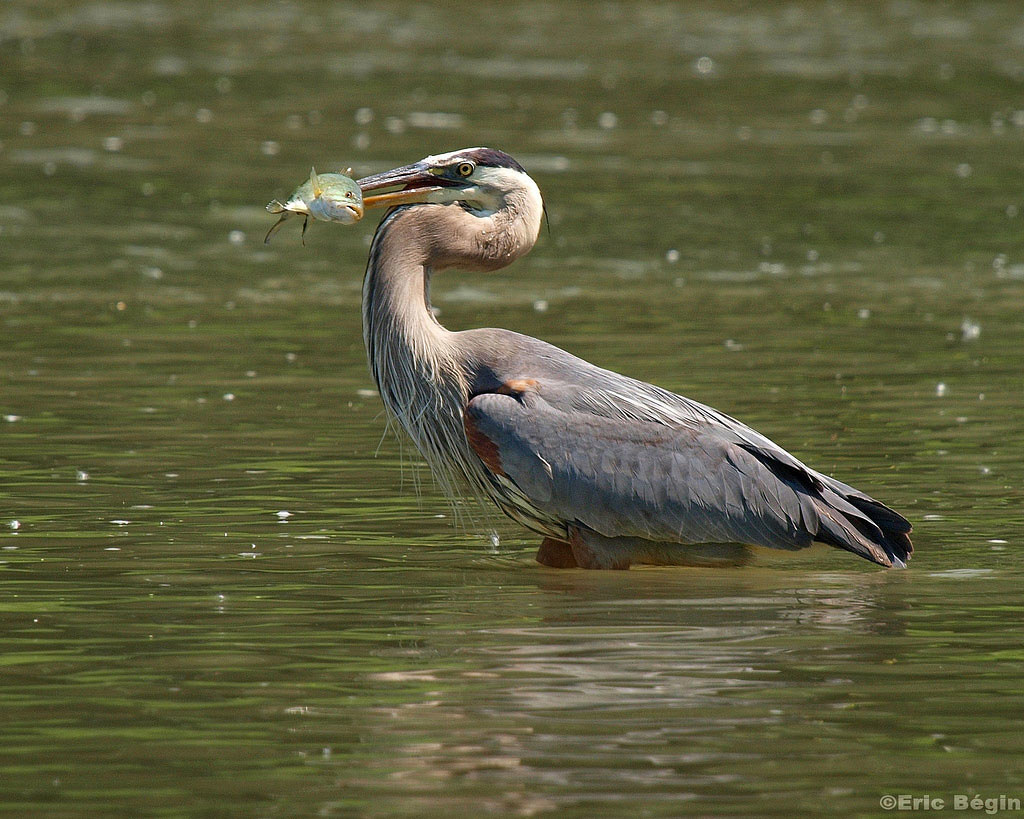 Predators of smallmouth bass include other fish, turtles and birds. (Eric Begin/Flickr)

Also known as the black bass, the smallmouth bass has a pale brown or olive green body and is common in Chesapeake Bay tributaries north of the Rappahannock River.

Adult smallmouth bass can grow up to 26 inches long, but most are 8 to 22 inches. Their elongate body is pale brown or olive green, while their belly is yellow-white in color. The fish's body features a number of small, dusky brown blotches and sometimes five to 15 indistinct dusky lateral bars. Unlike the largemouth bass, the lower jaw of its moderate-sized mouth does not extend past its eye.

Predators include other fish, turtles and birds like ospreys and kingfishers.

Spawning occurs on rocky lake shoals or in river shallows from spring to early summer when water temperatures reach 55 to 70 degrees Fahrenheit. Males build and guard small, round nests. When a female enters a male’s territory, a complex mating dance occurs, with the pair rubbing and biting each other. Several females may spawn in the nest of one male, and individual females may spawn in the nests of several males. Eggs hatch in four to six days, and young remain in and around the nest for the first two weeks of their lives. The oldest known age of the smallmouth bass is 18 years, but individuals older than 7 are uncommon.