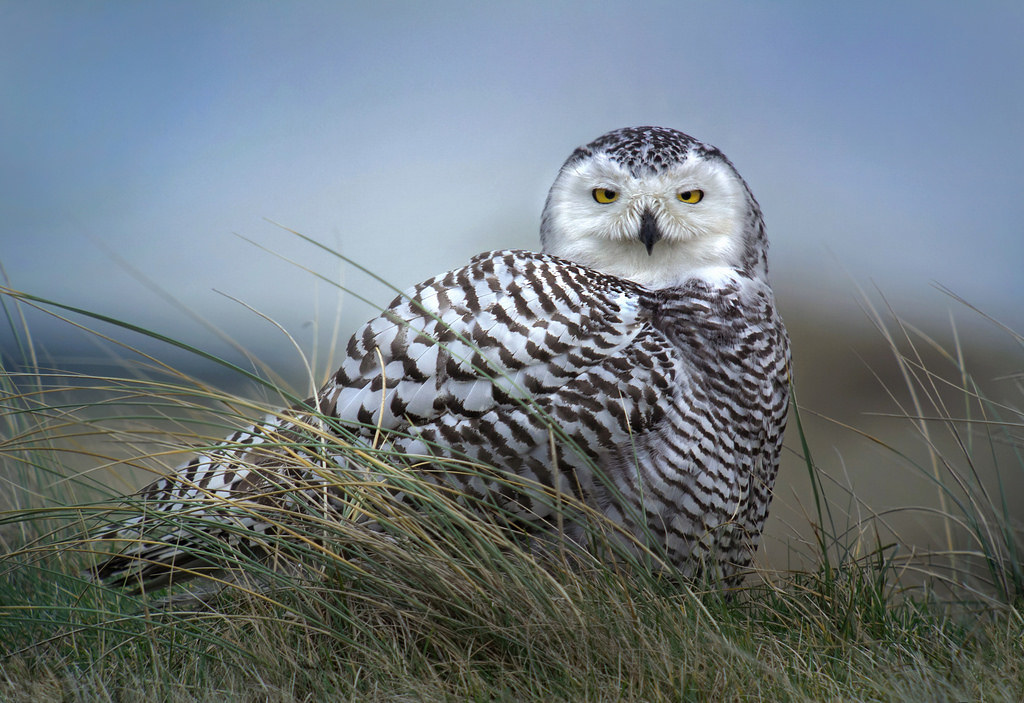 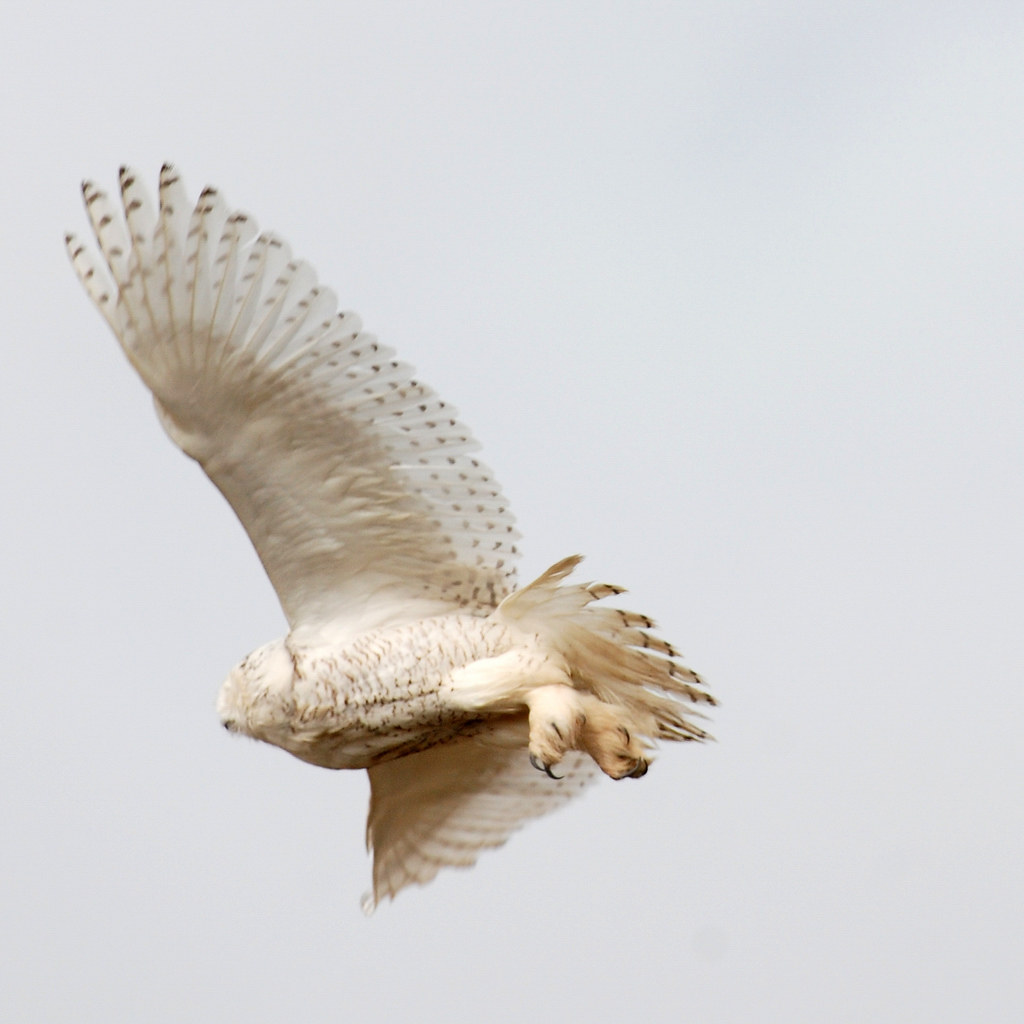 Also known as the Arctic owl or great white owl, the snowy owl has white feathers with black and brown markings and is the largest North American owl species by weight.

Snowy owls can reach up to 27 inches in height, with a 49- to 51-inch wingspan, and can weigh between 40 and 70 ounces, making it the largest North American owl species by weight. Male snowy owls are smaller than females.

The owls have smooth, rounded heads and bulky bodies. Their feathers are white with varying degrees of black and brown markings. Females tend to have more markings, while males are a paler white. Thick feathers cover their legs and toes. A snowy owl's bill is short and sharply pointed, and its eyes are yellow, catlike and small compared to other owls.

The snowy owl feeds on small mammals like lemmings, squirrels, voles and hares. Sometimes they eat small birds, fish and insects. Unlike most owls, snowy owls hunt during the day by sitting very still in one spot for hours. They use their impeccable senses of hearing and sight to target their prey and will swallow prey whole.

These birds tend to stay close to the ground while in flight.

The low, powerful, rasping calls of the snowy owl can be heard up to seven miles away on the tundra. Hoots are given two at a time, but can include up to six in a series. When agitated, they will snap their bill and make a clacking sound.

Breeding occurs between May and September. To attract a mate, the male flies into the air with prey in his bill or talons before descending to the ground, dropping the prey, lowering his head and fanning his tail as a female approaches.

The female builds its nest by scraping out a shallow hole on the ground and pairs may reuse the nest site for many years. Snowy owls will aggressively defend their nests against predators.

Three to five eggs are common when food is scarce, while seven to 11 eggs are common when food is plentiful for snowy owls. Females incubate eggs for 32 days while the male provides food for female and young. Young leave the nest about 25 days after hatching, but are not able to fly until about 50 days after hatching. Parents continue to feed their young for about 5 weeks after they leave the nest. Snowy owls can live for 10 years or more in the wild and 28 years in captivity.