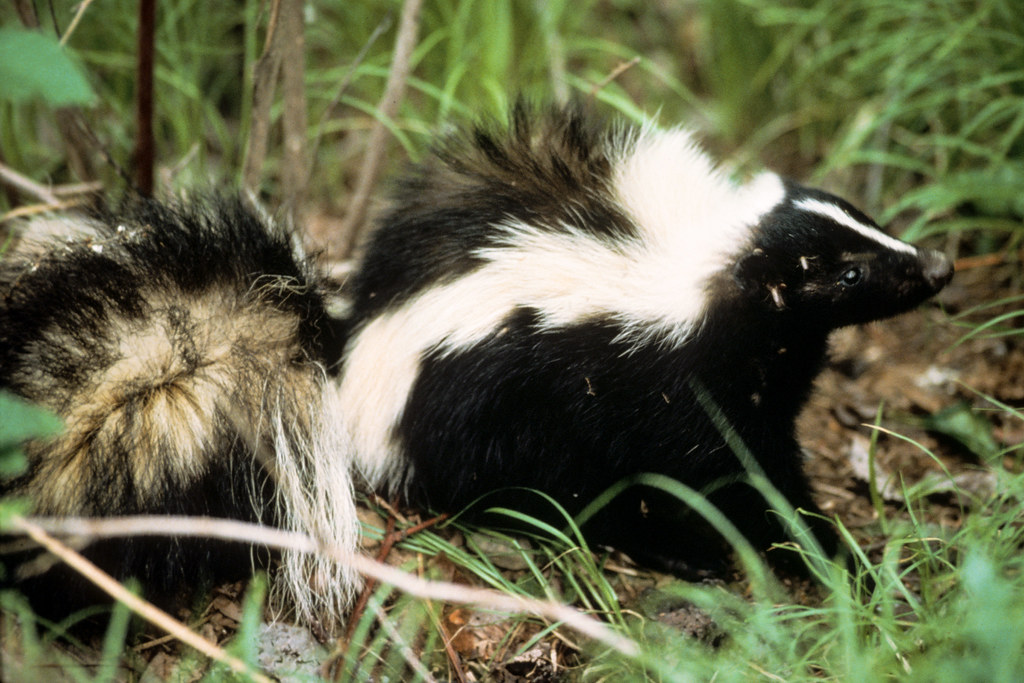 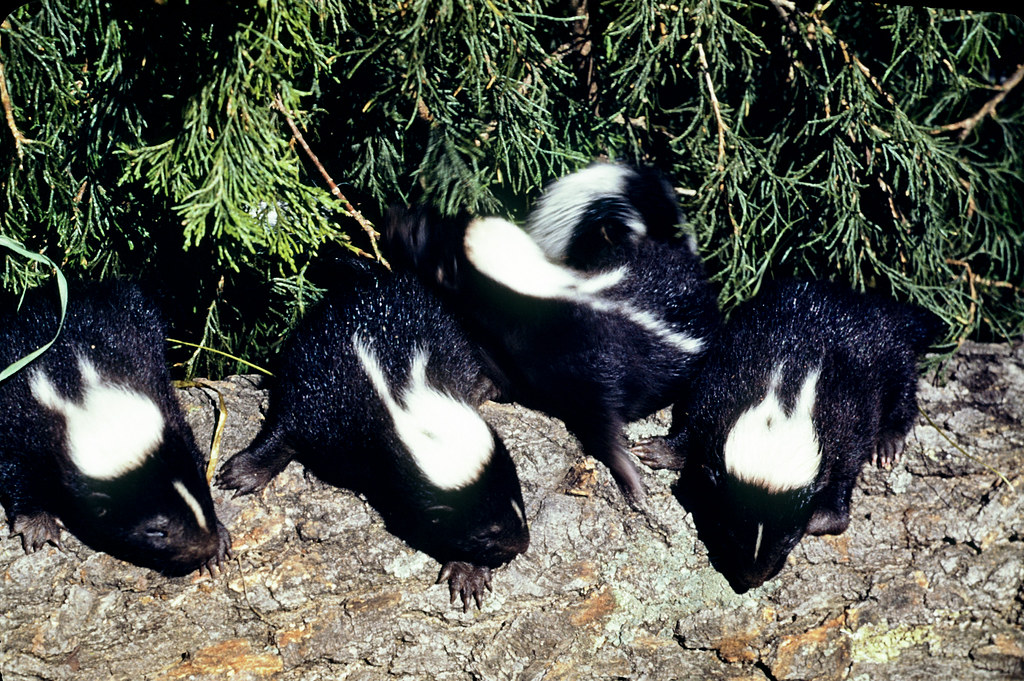 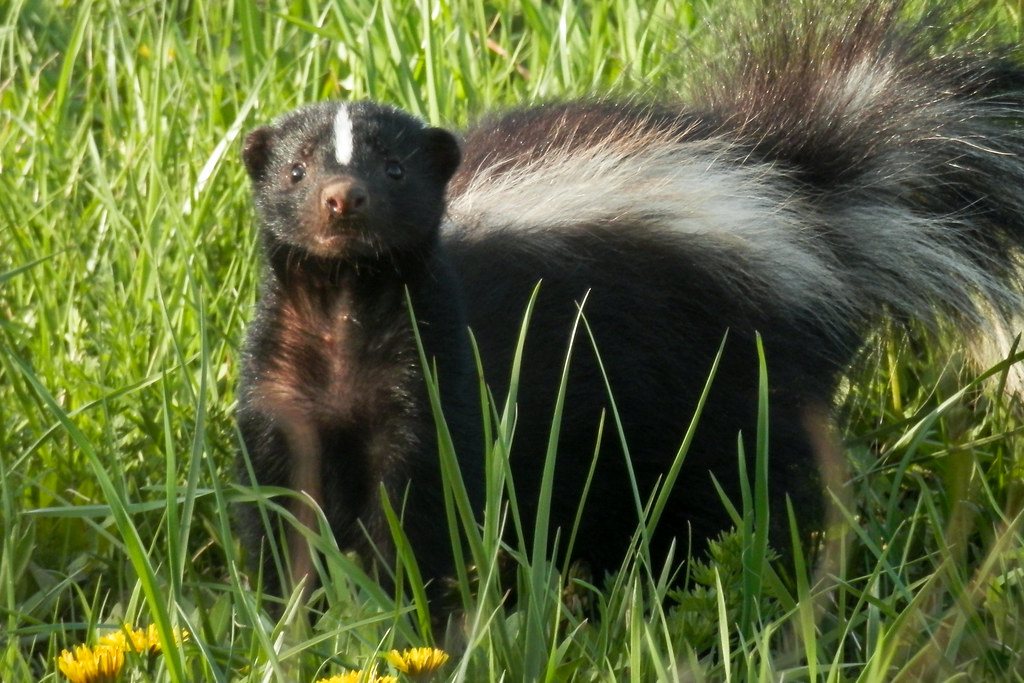 The striped skunk is a black and white mammal about the size of a house cat. It can be found throughout nearly all of North America, including the continental United States, southern Canada, and northern Mexico.

The striped skunk is overall black, with a characteristic white stripe that starts thin along the snout and usually splits into a thicker V-shape toward the tail. They will often have white hairs on either side of their mostly-black, bushy tails. Striped skunks are between 18 and 32 inches in length and weigh up to eight pounds, making them the approximate size of a house cat. Males are typically slightly larger than females, but they otherwise look alike. Striped skunks have webbed toes and claws that allow them to dig for food.

Striped skunks are omnivores and change their diets depending on what is available in different seasons. In warmer seasons, they will eat lots of insects, as well as worms and crayfish. In colder months, they may eat voles, young birds or bird eggs. Skunks have also been known to eat a variety of reptiles, amphibians, fish and even carrion (already dead animals). For plants, skunks will eat seeds, nuts and fruit.

The striped skunk wards off most predators through its well-known defense mechanism: a smelly fluid that the skunk can spray up to 12 feet. In addition to having a strong smell, the spray can also sting predators if it hits their eyes. Unfortunately for the skunk, large birds of prey, like great horned owls, golden eagles and bald eagles, are not bothered by the spray. Skunks can also be hunted by mountain lions, coyotes, foxes and badgers.

While striped skunks may growl or chirp, they tend to be pretty silent.

Female striped skunks will usually breed only once each year, sometime between February and April. The babies are born two months after mating, usually in litters of five or six. The babies are born blind and deaf, and won’t open their eyes for three weeks. For the first six weeks, young skunks remain in the den. After this time, they will begin to go outside and learn to hunt from their mother. Male skunks will go off on their own after a few months, while females may remain with their mother for up to a year. Many young skunks fall victim to weather or disease and do not survive their first year. Those that do tend to have a life span of up to seven years.