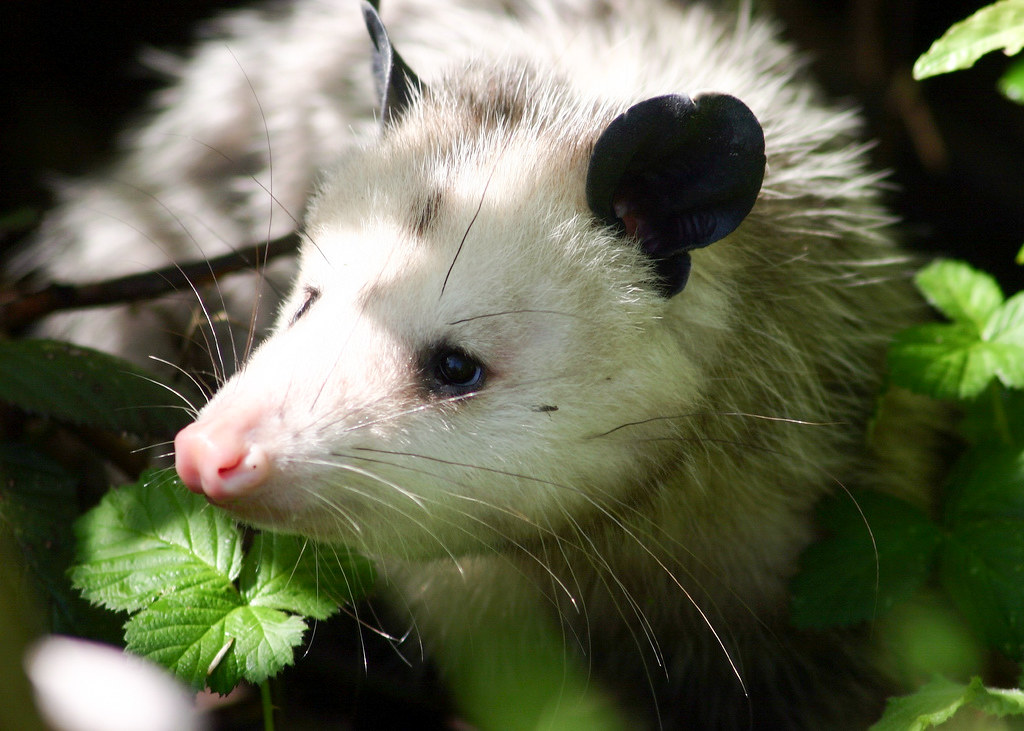 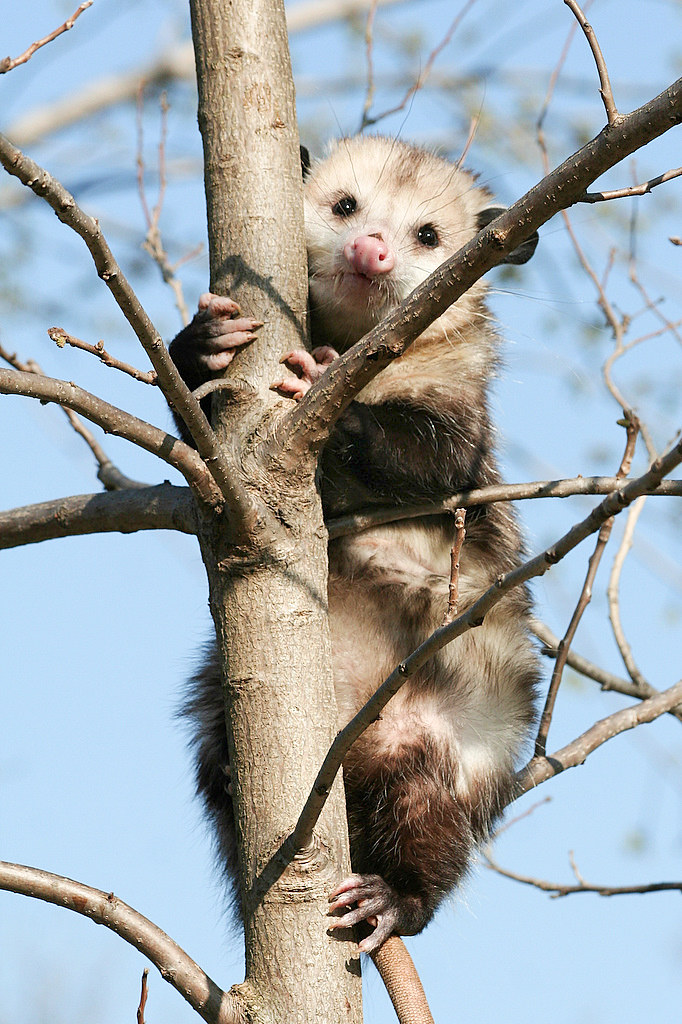 Opposums spend much of their time in trees. Their grasping toes and tail make them excellent climbers. (Ken Slade, Flickr) 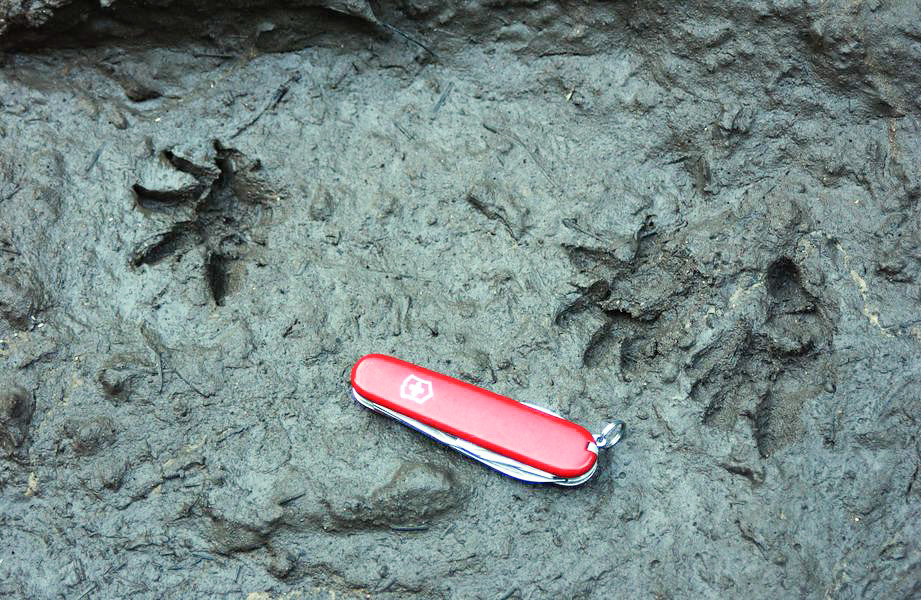 Opossums have five toes on each foot, including one opposable toe. (Phil Myers/University of Michigan Museum of Zoology) 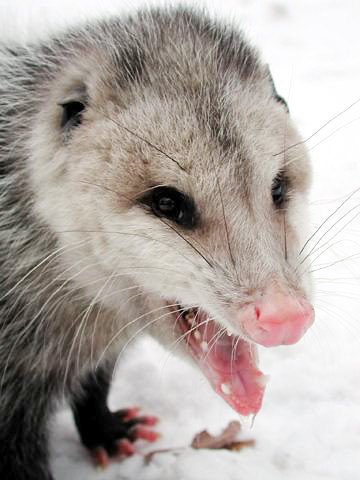 Opossums may try to bluff a predator into thinking it is aggressive by hissing and baring its teeth when it feels threatened. (Phil Myers/University of Michigan Museum of Zoology)

The Virginia opossum is a gray, heavyset mammal found throughout the Chesapeake Bay watershed.

The opossum has a heavyset body covered with grayish fur. It has a white face and thin, black ears. Its long head has a pointed snout, long whiskers and 50 sharp teeth. It has a long, tapered, scaly tail. Each foot has five toes; one toe is opposable. Opossums grow to about 25 to 40 inches in length and weigh four to 14 pounds. Males are usually larger than females.

Opossums consume a wide variety of plants and animals. They eat mostly insects and dead animals, but will also eat just about anything else, including fruits, seeds, snakes, mice, frogs and garbage.

Predators include owls, hawks, red foxes, cats, dogs and humans. Opossums protect themselves from predators by “playing dead,” since most predators will not eat an animal that is already dead. This is actually an involuntary reaction due to shock: the opossum falls onto the ground and lies motionless on its side with its eyes and mouth open, and it awakens when the danger passes. Opossums may also try to bluff predators into thinking they are aggressive by hissing and baring their teeth when feeling threatened. Most opossums are killed by cars because they have poor hearing and eyesight.

Virginia opossums produce clicking noises when they are trying to attract mates and hiss or growl when they feel threated. Baby opossums make noises that sound like sneezing when trying to get their parents' attention.

Mating occurs between January and July. After 12 to 13 days, the female gives birth to a litter of seven to nine young that are about the size of a dime. The tiny young crawl into their mother’s belly pouch and attach to a nipple. They remain in the pouch for about two months to develop. After they leave her pouch, the female carries her young on her back when she travels. Young remain with the female until they are about four months old, reaching sexual maturity at six to 12 months old. Opossums rarely live longer than 18 months.