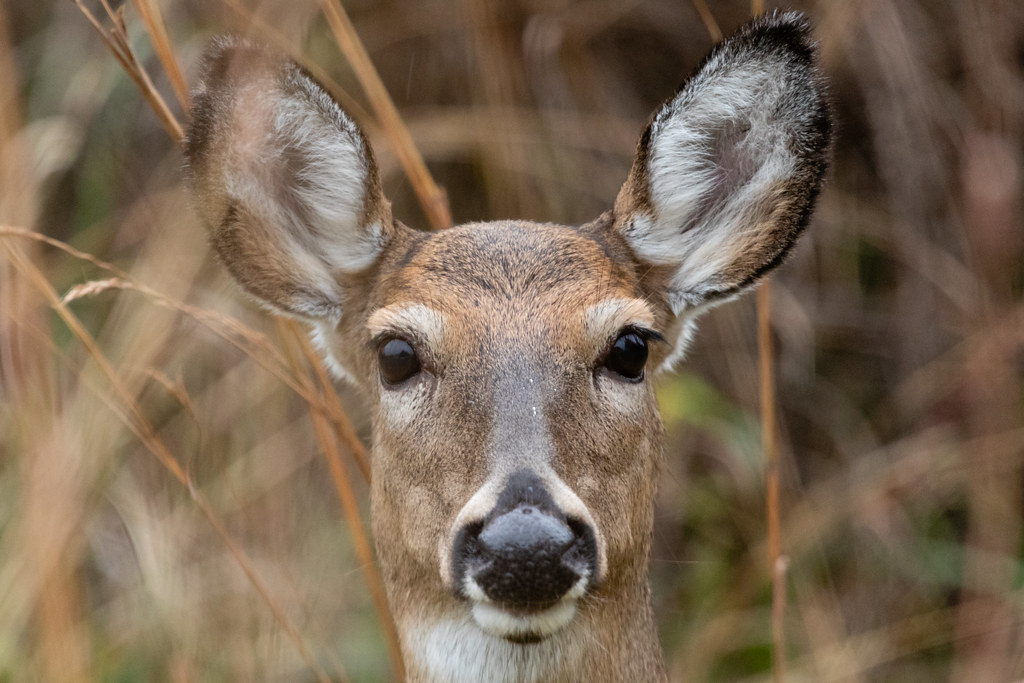 A white-tailed deer visits a suburban area in Annapolis, Md., on Nov. 13, 2018. (Photo by Will Parson/Chesapeake Bay Program)

Each spring, white-tailed deer bucks grow new antlers that push out their old antlers, the same way adult teeth push out baby teeth in humans. Above, a buck passes through cattails and phragmites on the edge of a marsh at Terrapin Nature Park in Stevensville, Md., on Jan. 27, 2019. (Photo by Will Parson/Chesapeake Bay Program) 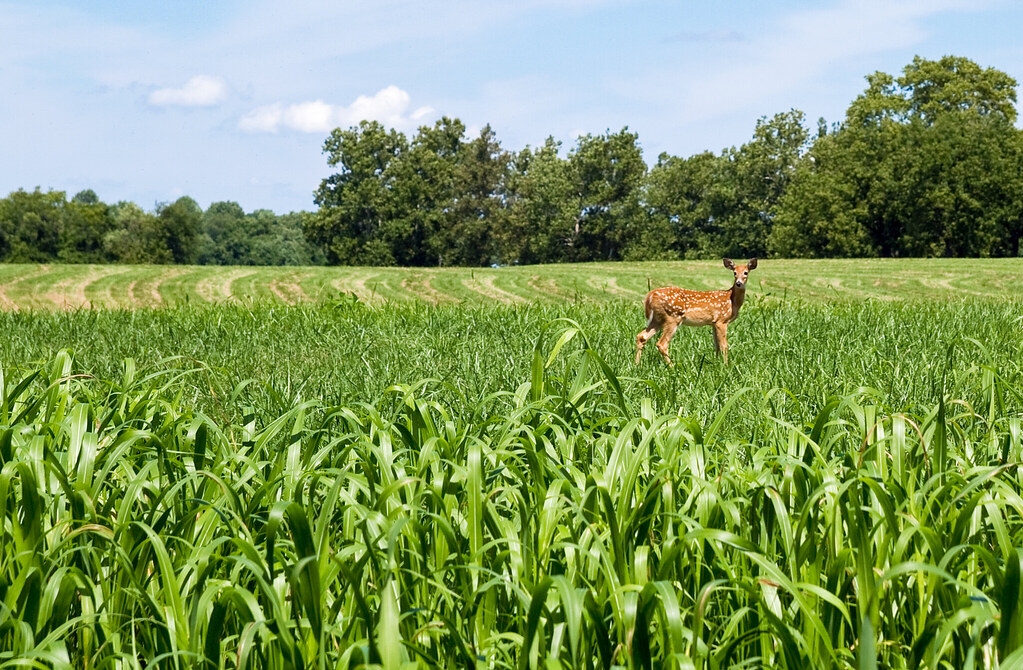 White-tailed deer fawns have a reddish coat with white spots on the back. Above, a deer passes through a corn field at Mount Harmon Plantation in Earleville, Cecil County, Md., on Aug. 24, 2011. (Photo by Matt Rath/Chesapeake Bay Program) 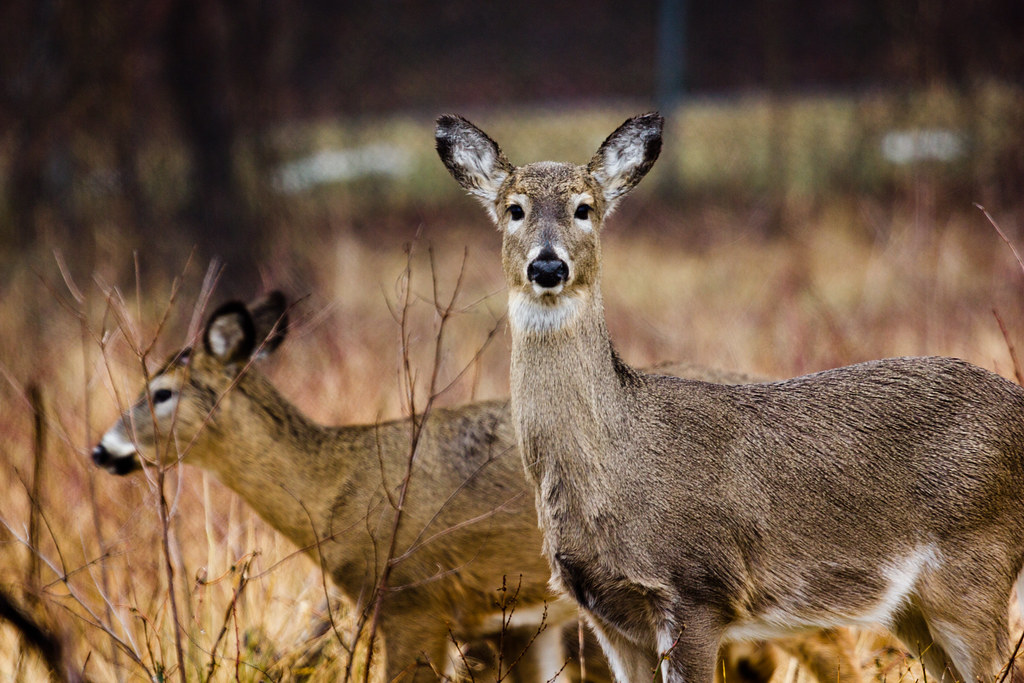 When alarmed, white-tailed deer raise their tails like flags, showing off the white underside of their tail. (Jane Hawkey/IAN Image Library)

The white-tailed deer is a brownish, medium-sized deer that is found in forests, farms, parks and backyards throughout the Chesapeake Bay watershed.

The white-tailed deer has a reddish-brown coat that turns grayish-brown in the winter. Its large tail is white underneath. Young (called fawns) have a reddish coat with white spots on the back. Males (bucks) have antlers that they shed in late winter and grow out in spring. Males grow to 5 feet in length and 3.5 feet tall at the shoulders, and can weigh 50 to 300 pounds. Females (does) are about one-third smaller.

The white-tailed deer eats fruits and vegetation that are available to them each season. In spring and summer, it feeds on green plants such as leaves and aquatic vegetation, and fruit such as apples and berries. In autumn, it feeds on nuts, acorns and crops such as corn and soybeans. In winter, it feeds on woody vegetation such as bark, twigs and buds of hardwood and pine trees.

Humans are the white-tailed deer’s only major predator. Bobcats, wolves and coyotes used to be major predators but populations of these carnivores have fallen significantly.

White-tailed deer produce several types of vocalizations such as grunts, wheezes, and bleats. These vocalizations, along with other sounds and postures, are used for communication. Injured deer utter a startlingly loud "blatt" or bawl. Whistles or snorts of disturbed white-tailed deer are the most commonly heard sounds.

Mating occurs during rutting season, which extends from late September to February, with a peak in November. Most deer begin mating around 18 months old, although some females mate as young as 7 months old. Bucks fight each other by clashing antlers to determine who can mate with a particular female. Does give birth after about 6.5 months (between May and June). They usually have only one fawn the first year, but may have twins or triplets in following years if food is plentiful. Fawns can walk at birth. Fawns are weaned at 8 to 10 weeks old but begin to graze before this time. They stay close to their mother while foraging, except when she is out in the open, when fawns will hide by lying very still on the forest floor. Male fawns may stay with their mother for one year, while females fawns stay for two years. Bucks begin growing their first rack of antlers in the spring following their birth. Deer can live to 16 years in the wild, but usually only lives about 2 to 3 years and rarely past 10 years.