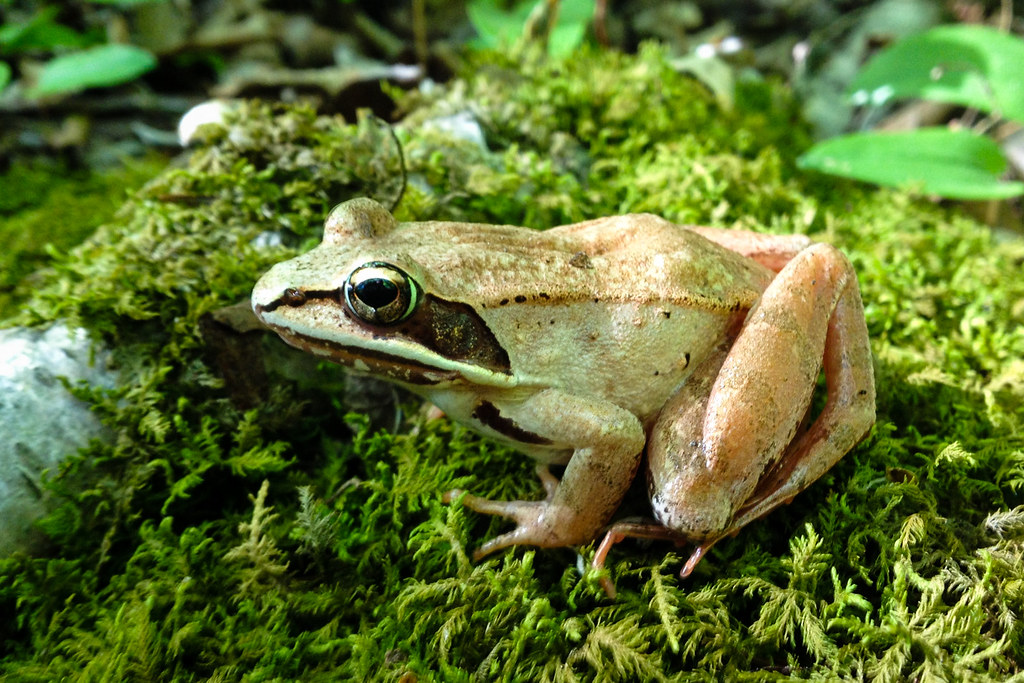 Wood frogs are known for a characteristic black marking on their face that resembles a robber’s mask. (Photo courtesy D.J. McNeil/iNaturalist CC BY-NC) 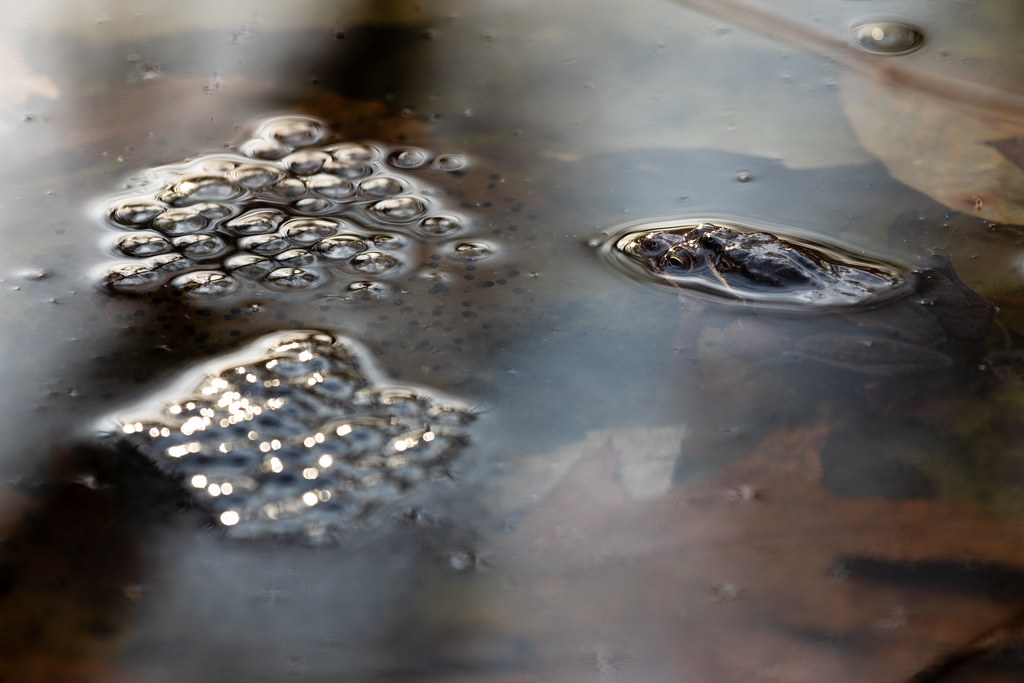 Two wood frogs are locked together in a mating behavior known as amplexus, next to recently laid egg masses in a vernal pool in Chesapeake Beach, Md., on March 14, 2019. Wood frogs will lay their eggs in the sunniest portion of a vernal pool, where the slight increase in temperature helps speed development of the larvae. (Photo by Will Parson/Chesapeake Bay Program) For noncommercial use contact the Chesapeake Bay Program 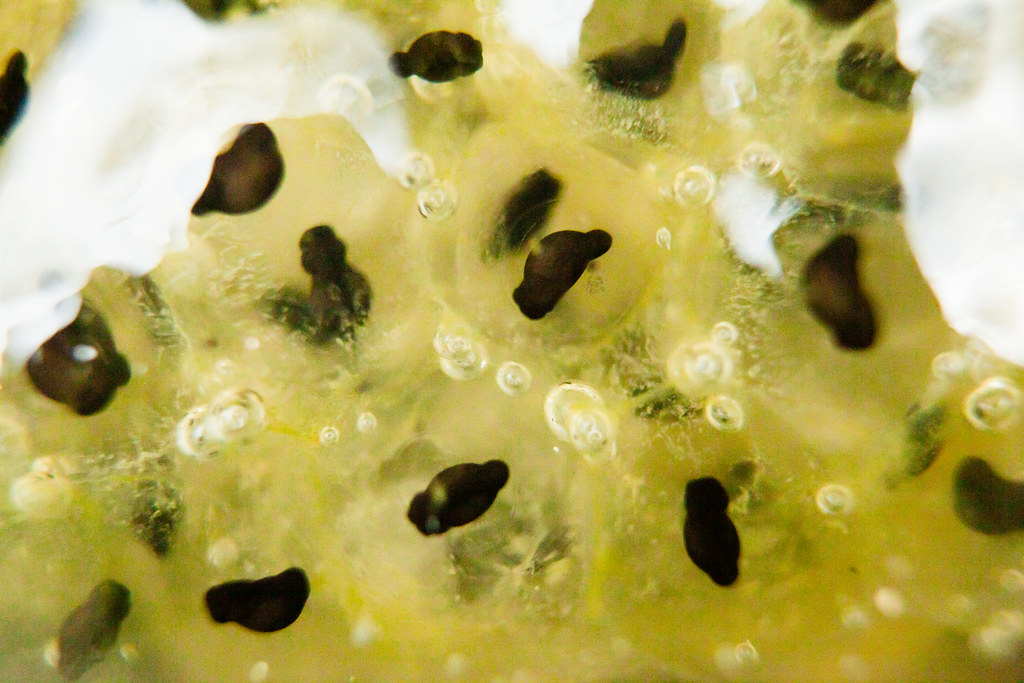 The wood frog is a small amphibian with a characteristic black marking on its face that resembles a robber’s mask. It can be found in forests and wetlands throughout the Chesapeake Bay region.

Wood frogs come in a variety of colors, from brown to green to gray. They have a white underside and upper lip. Wood frogs are known for a characteristic black marking on their face that resembles a robber’s mask. They also have two raised skin ridges, called dorsolateral folds, that run from their eyes down their back. Wood frogs range from 1.5 to three inches in length. Females are larger than males.

Adult wood frogs are eaten by larger frogs, snakes, herons and mammals, like skunks and raccoons. The older tadpoles and adults develop poison glands to ward off predators and use their coloring to blend in with the forest.

Males make quacking or chuckling calls during mating season. Outside of mating season, wood frogs are generally silent. They have a high, loud cry they use to try to startle predators into releasing them if captured.

Wood frogs are some of the first frogs to start breeding in the spring. Their mating season starts with the first warm spring rain and runs from March through May. Outside of breeding season, they are solitary animals. They visit vernal pools to breed. Vernal pools are small, shallow forest ponds, fed by melting snow, rain or groundwater, but dry up during certain times of the year.

Vernal pools are a good place for amphibians to lay eggs, because they don’t support any fish that might eat them. After mating, females will lay egg masses made up of 1,000 to 3,000 eggs in the vernal pool. The eggs mass will flatten and float to the surface, camouflaged by the green jelly surrounding the eggs.

The eggs take between a week and a month to hatch, depending on the temperature—eggs laid earlier in the season, when the weather is colder, will take longer. The tadpoles begin metamorphosis to adult frogs at two months. Males reach sexual maturity at one or two years old, while females take three years. Females often live longer than the males.