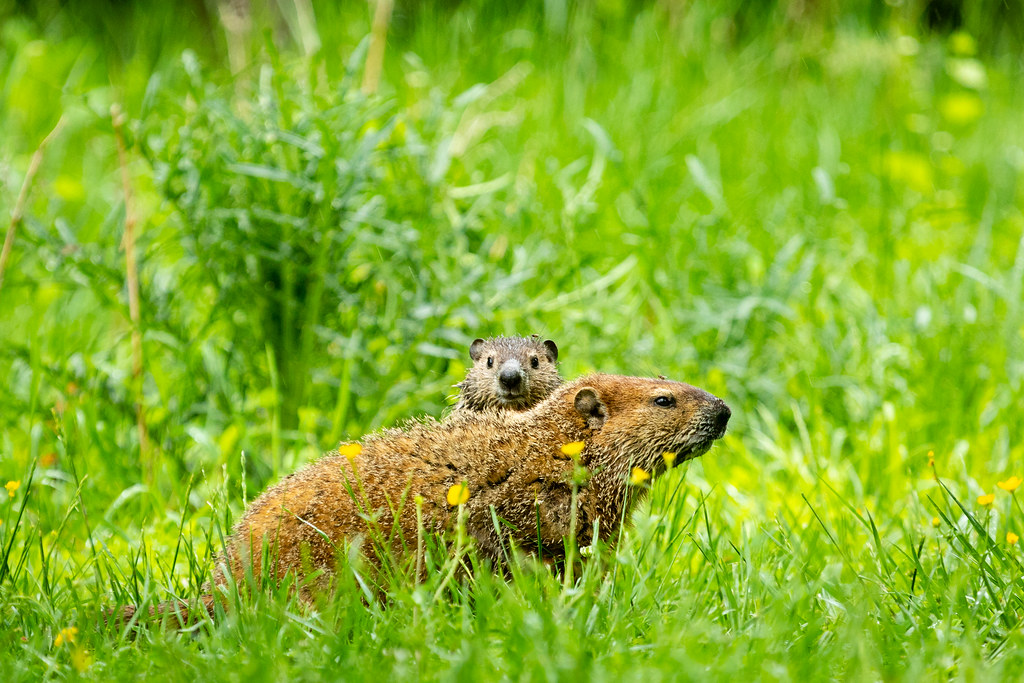 Wet with rain, a young groundhog, known as a chuckling, looks over its mother’s back at Patapsco Valley State Park in Carroll County, Md., on May 17, 2018. Groundhogs give birth to litters of two to six around April or May. (Photo by Will Parson/Chesapeake Bay Program)

The woodchuck's fur is yellowish-brown to brown, with a slightly frosted look. (Image credit: Jennifer Aitkens/Flickr) 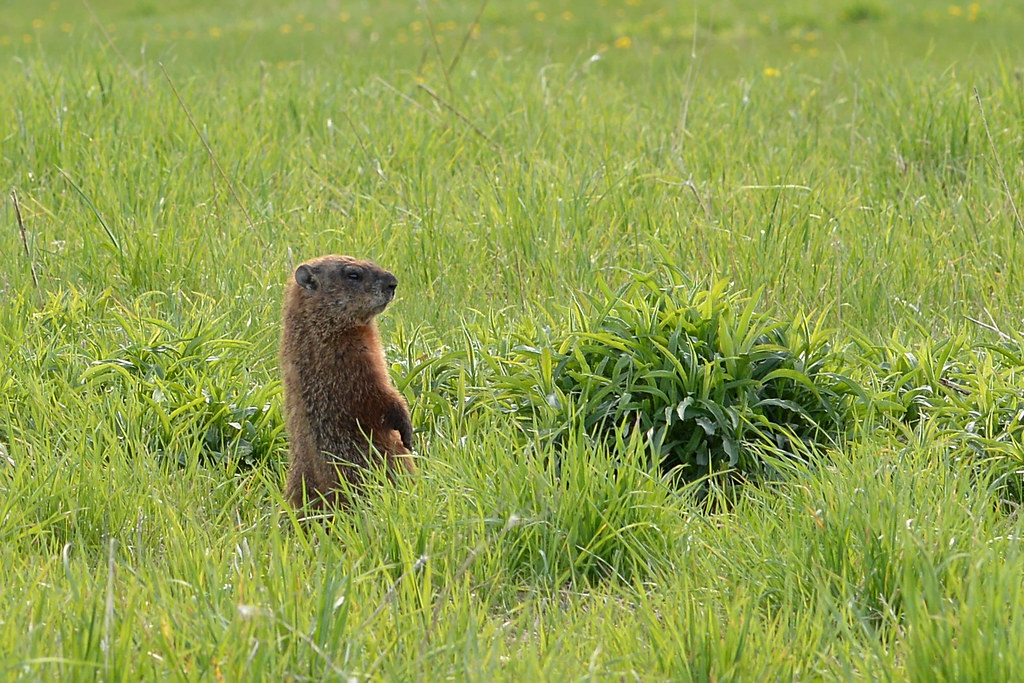 Woodchucks are heavy-bodied with short legs. They often stand up on their hind legs, making them look tall. (Image credit: Ryan Hodnett/Flickr)

The woodchuck, also known as the groundhog, is a heavy-bodied, burrowing critter that hibernates from October to February.

Woodchucks are heavy-bodied with short legs. They grow to be between 16 and 20 inches in length with a tail that is four to seven inches in length. They weigh between five and 10 pounds. Woodchuck have yellowish-brown to brown fur with a slightly frosted look and white around their nose. Their feet are dark brown to black.

Woodchucks eat tender, succulent plants, but can also eat bark, insects and snails. Their preferred plants include alfalfa, clover and dandelion. They feed twice each day in the summer for about two hours, and store fat for their winter hibernation.

Woodchucks avoid predation by climbing trees. While their large size helps deter predators, they use their teeth to defend themselves and produce a shrill whistle when threatened. Young woodchucks hide in and around the den for protection.

A shrill whistle, giving them one of their nicknames, “whistle pig.” They produce this whistle when threatened, and it also serves as a warning call to juvenile woodchucks.

Woodchucks are diurnal and solitary. They are burrowing animals, and will generally have a summer and winter den. Burrows may be four to five feet deep and 25 to 30 feet in length. Hibernating dens are located in woody areas, while summer dens tend to be in fields or grasslands. They hibernate from October to February. In the summer, they can be seen sunning themselves in the middle of the day.

Woodchucks mate in March or April, shortly after ending hibernation. Young are born in April or May. Woodchucks have one litter of two to six young per year. Young are born naked and blind. They live to be four to five years old.