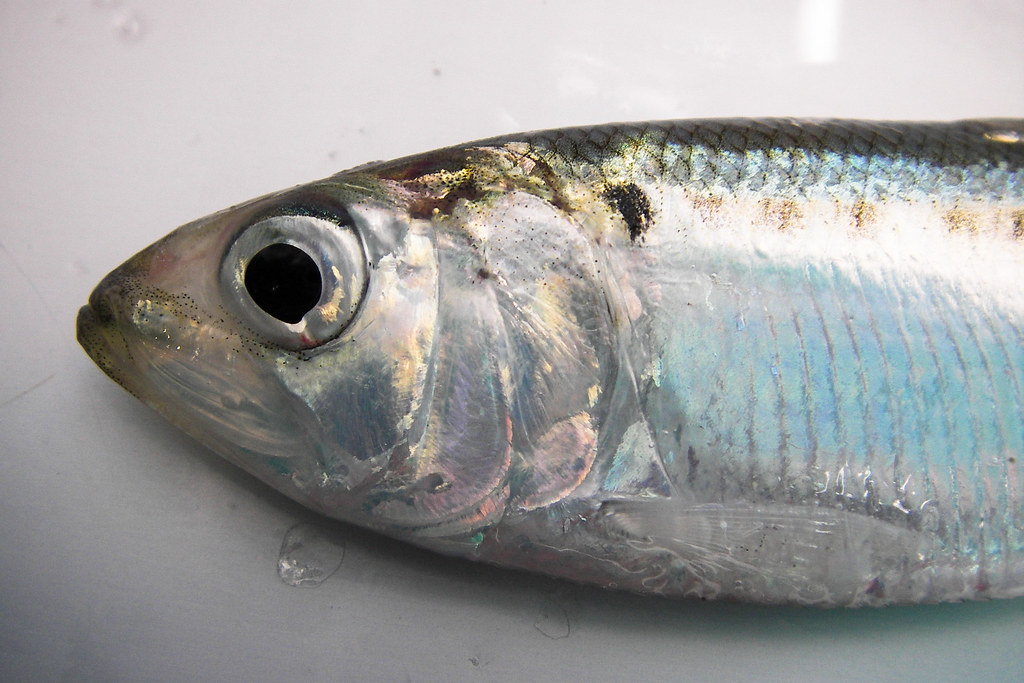 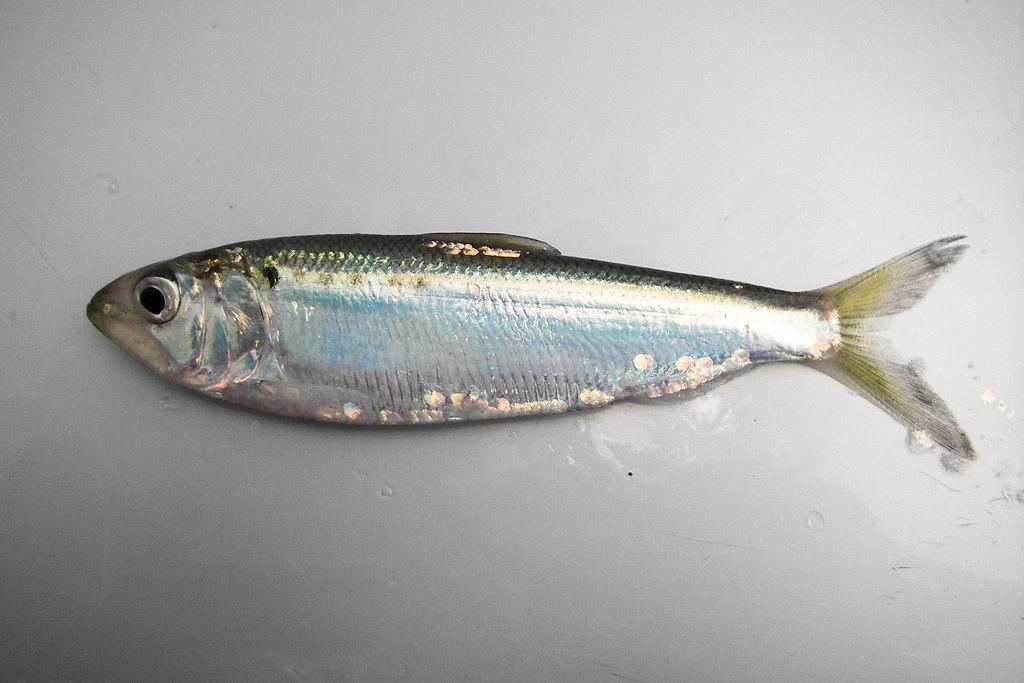 Jim Davis, operator of the west fish lift at Conowingo Dam, pulls up an American shad in a holding tank. The west lift is primarily used for research purposes. (Photo by Will Parson/Chesapeake Bay Program) 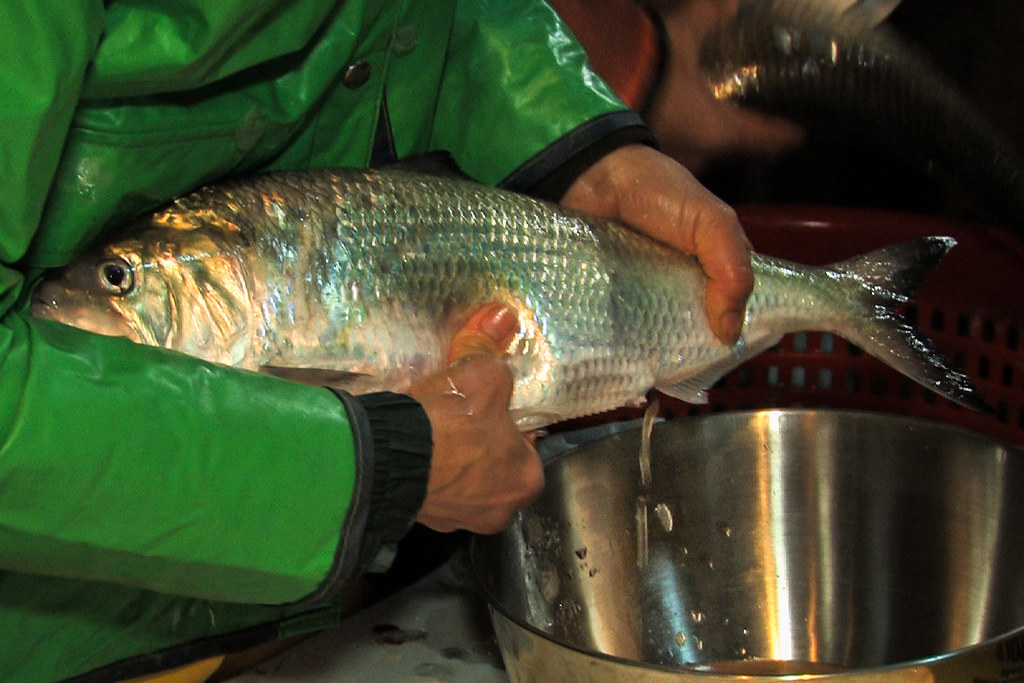 A scientist from Virginia Game and Inland Fisheries squeezes unfertilized eggs from a female American shad in the Potomac River near Dogue Creek on April 12, 2012. (Photo by Steve Droter/Chesapeake Bay Program)

Also known as white shad, the American shad is a thin river herring and visits the Chesapeake Bay each spring to spawn in freshwater rivers and streams.

The American shad has a thin, metallic body that varies in color from greenish to dark blue. Its large dark shoulder spot may be followed by several paler spots. Large, easily shed scales come together at its belly to form a saw-toothed edge. It has a deeply forked tail fin. Females are larger than males.

Shad are anadromous, which means they live in the ocean but spawn in freshwater rivers and streams. In spring, adults migrate to the waterway in which they were born to spawn. Females lay 100,000 to 600,000 eggs over the course of several days. Eggs drift downstream and hatch in seven to 10 days.

After spawning, adults either die or return to the ocean. Juveniles remain in nursery areas, where they feed on zooplankton and terrestrial insects. In early autumn, most juveniles leave the Bay for the ocean, where they remain for several years before returning to freshwater rivers to spawn. Outside of spawning season, shad can be found in the coastal areas of the Atlantic and Pacific ocean. American shad live six to 10 years.