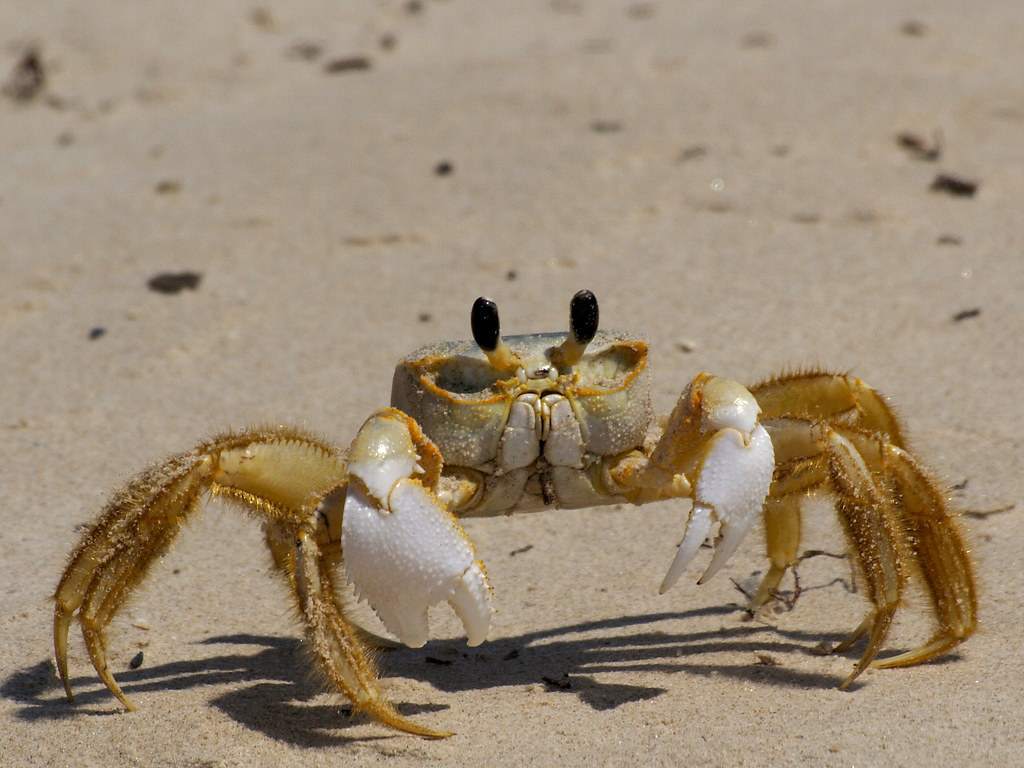 The omnivorous ghost crab feeds on insects, filter-feeders and the eggs and hatchlings of loggerhead turtles. (Terry K. Ross/Flickr) 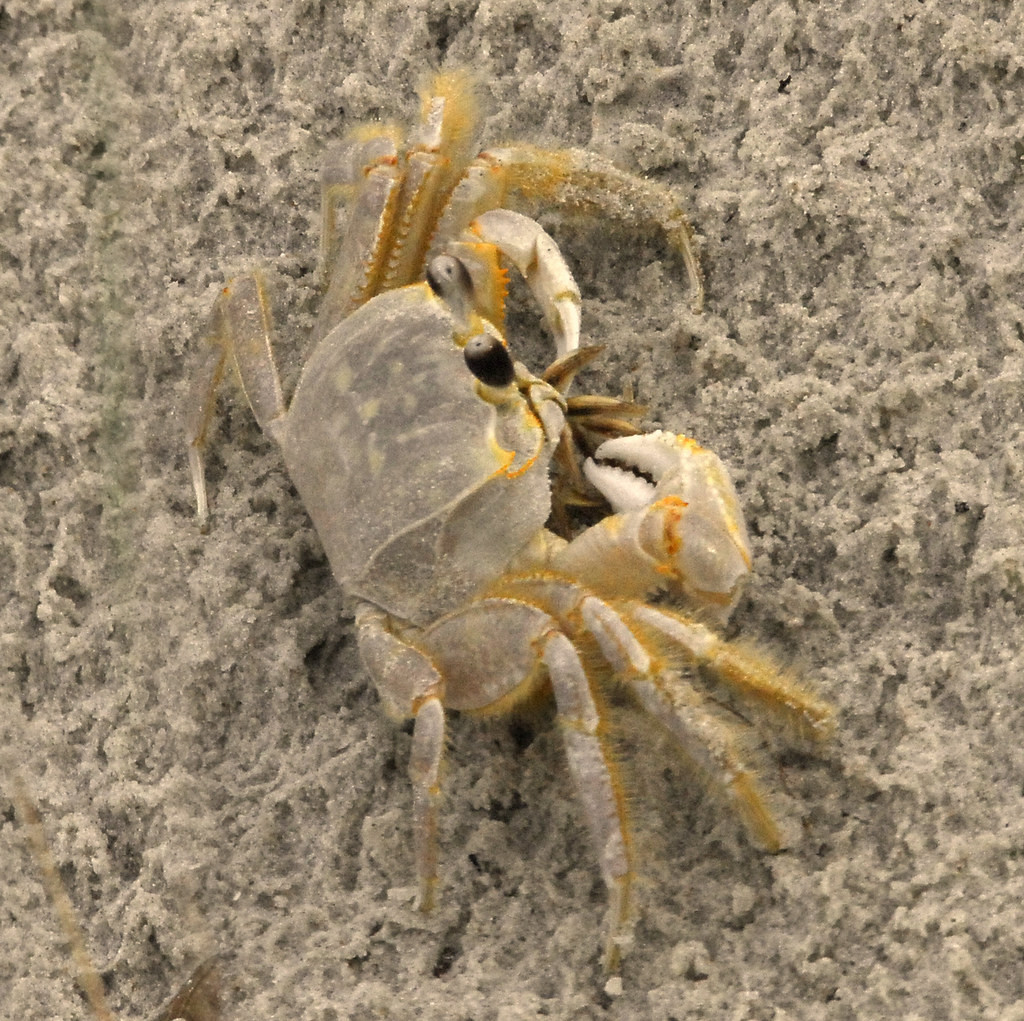 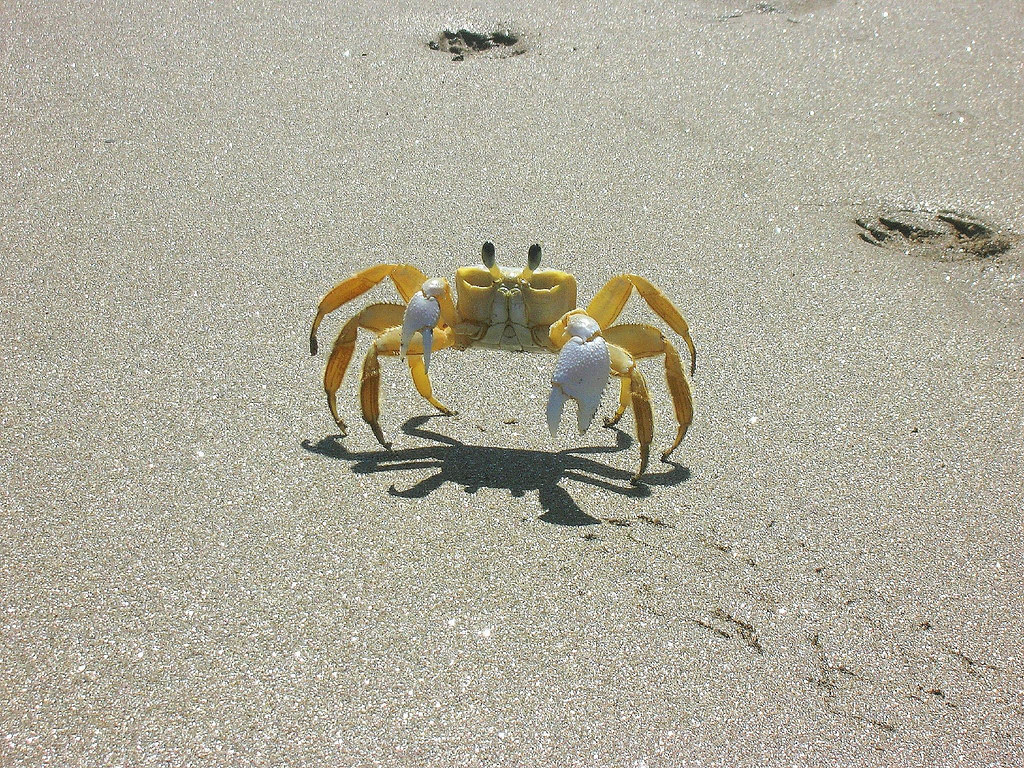 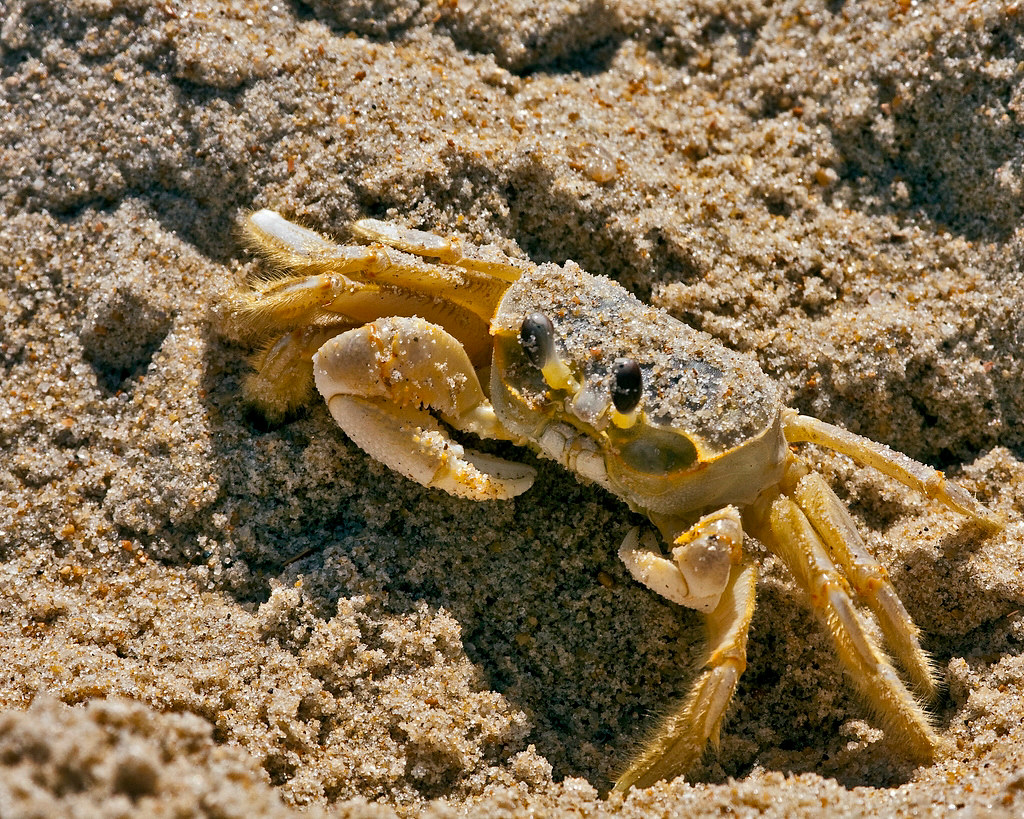 Ghost crabs are able to change their color to match their surroundings, making them less vulnerable to predators. (Becky Gregory/Flickr) 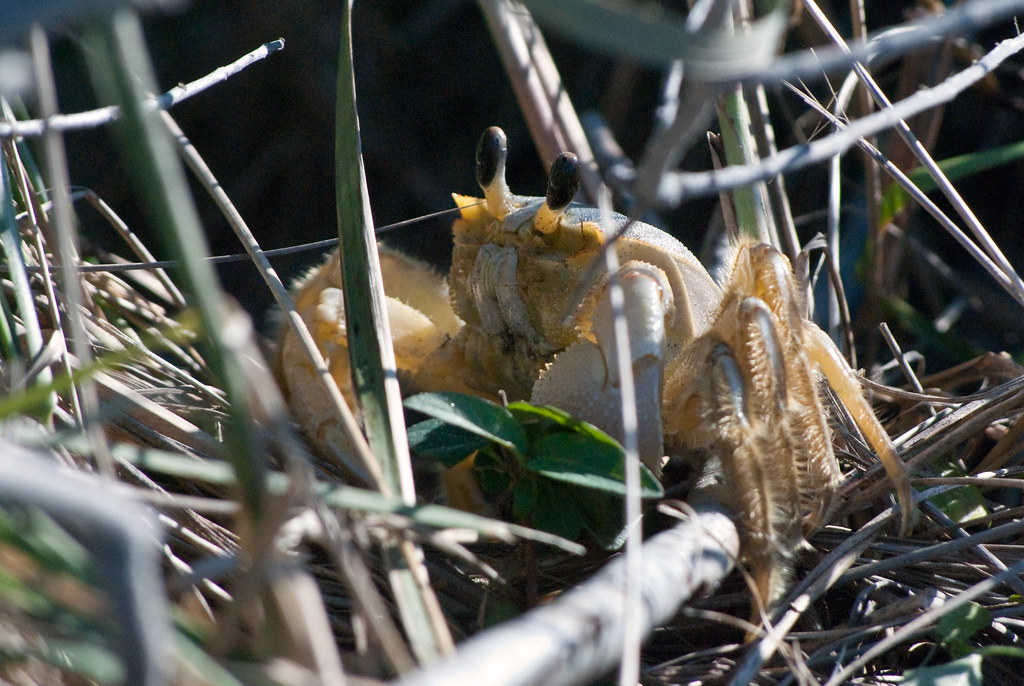 Also known as the sand crab, the Atlantic ghost crab is a sand-colored crustacean with a distinct pair of white claws. Ghost crabs are active on coastal beaches in the Chesapeake Bay region from spring through autumn.

The Atlantic ghost crab has a square-shaped, semi-translucent carapace (shell) that can measure up to three inches; males are generally larger than females. These crabs are able to chair their coloring to match their surroundings, making them less vulnerable to predators. Young ghost crabs are much darker than adults, with carapaces colored a mottled gray and brown. These crabs have four pairs of walking legs and one pair of white claws, and their large, club-shaped eyestalks can rotate 360 degrees.

Ghost crabs are omnivorous, feeding on insects, filter-feeders (like clams and mole crabs) and the eggs and hatchlings of loggerhead turtles. They will also scavenge for vegetation and detritus.

Common predators include raccoons, shorebirds and gulls. Ghost crabs fend off predators by darting into their burrows or flattening their bodies just under the surface of the sand.

Mating can occur throughout the year, and often takes place in or near the burrow of a male. While mating, males release a fluid with their sperm that will harden and prevent rival sperm from reaching the female's ova. Females carry developing eggs under their bodies before releasing them into the water, where larvae will develop. The average life span of a ghost crab is three years.