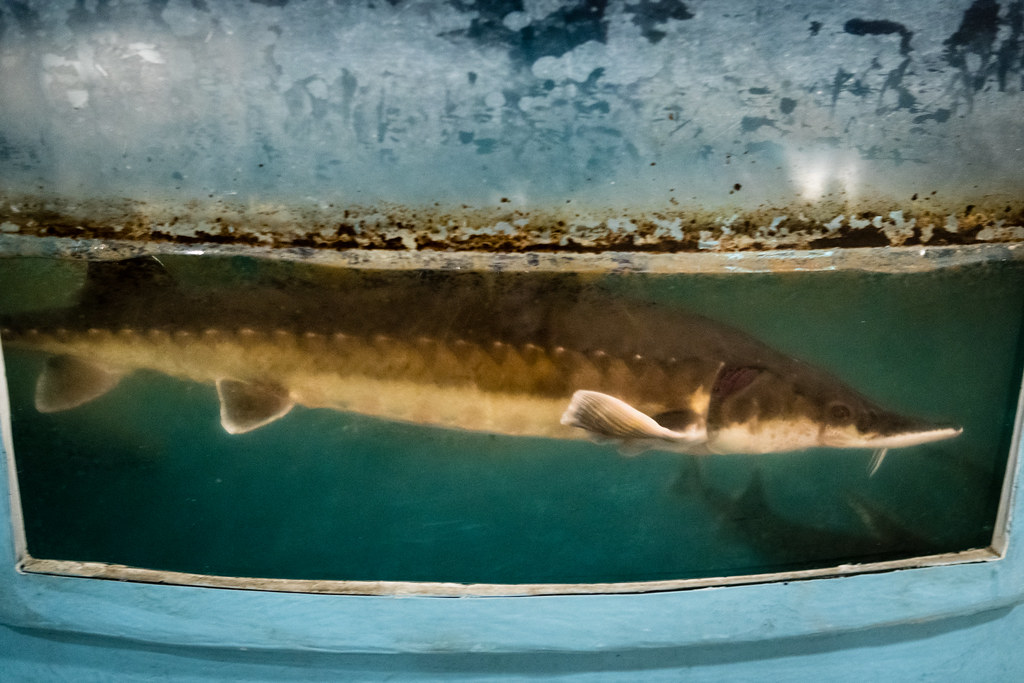 An Atlantic sturgeon swims past a viewing window in a tank at the University of Maryland Center for Environmental Science Horn Point Laboratory in Cambridge, Md., on Aug. 3, 2017. The largest Atlantic sturgeon ever caught was 14 feet long and weighed 811 pounds. Historically overfished and susceptible to poor water quality, the species was declared endangered in 2012 and Horn Point is part of an effort to establish a broodstock population to rebuild its numbers. (Photo by Will Parson/Chesapeake Bay Program) 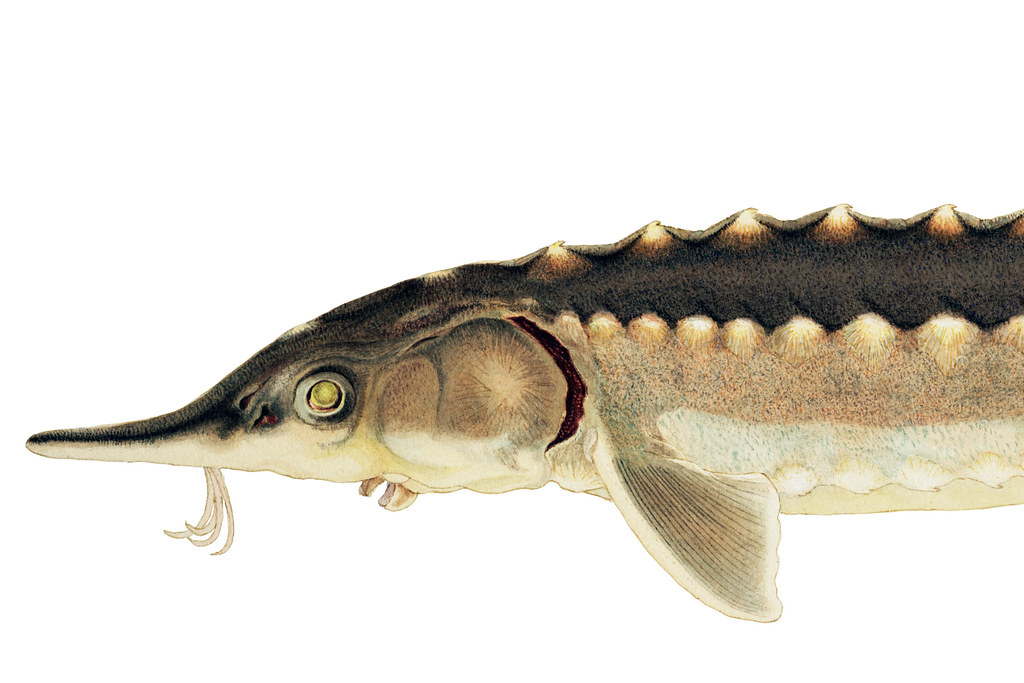 Sturgeons have four sensory barbels on the underside of the snout. These allow them to "taste" for prey as they feed along the bottom. (Illustration courtesy New York State Department of Environmental Conservation) 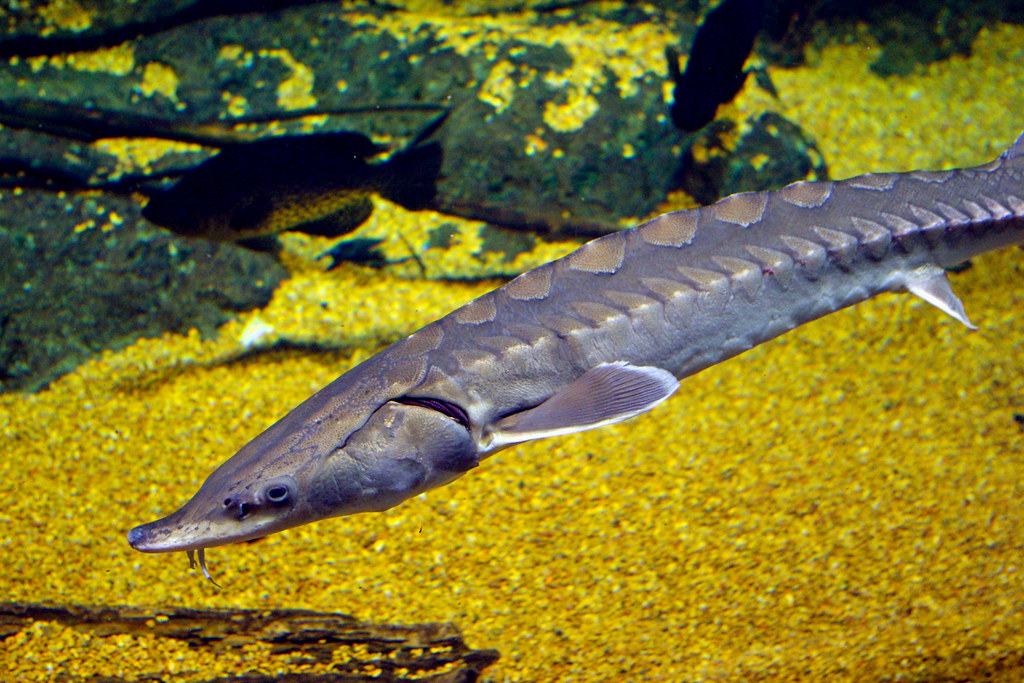 Atlantic sturgeons have five rows of bony plates (called scutes) covering the head and body: one along the back, one on either side, and two along the belly. (Photo courtesy Virginia State Parks)

The Atlantic sturgeon is a bony, ancient-looking fish that visits Virginia's James and York rivers to spawn. Sturgeons are the largest fish native to the Chesapeake Bay and was once found throughout the Bay and its freshwater rivers, but is now very rare.

The Atlantic sturgeon has a brown, tan or bluish-black body and a whitish belly. It has no scales, but five rows of bony plates, called scutes, cover its head and body: one along the back, one on either side and two along the belly. It grows slowly, eventually reaching 5 to 6 feet in length. Males weigh up to 90 pounds and females weigh up to 160 pounds. Its long, hard snout has an upturned tip, with four sensory barbels (whiskerlike sensory organs) on the underside of its snout. Its mouth is soft and toothless.

These fish prey upon benthic creatures, meaning they live on the sea floor, including clams and other mollusks, crustaceans, worms and insects. As bottom-feeders, they use their snout to root through the mud and find their prey, then suck it into their mouth like a vacuum.

Because of the bony plates covering its body, the Atlantic sturgeon has few natural predators. Human activities such as pollution, historic overfishing and damming of rivers threaten sturgeon.

Sturgeon are anadromous, meaning they live in the ocean and spawn in freshwater rivers. Spawning occurs from April to June in the freshwater river they were born in, with sturgeon typically only returning to spawn every 3 to 5 years. Females can lay up to 2 million eggs, which are large and black and stick to the bottom of the river.

After laying their eggs, females leave their spawning areas, while males remain there until autumn. Once hatched, juveniles stay in the river they were born in for as long as six years before moving into the Bay’s open waters and eventually the ocean. Males do not reach sexual maturity until they are at least 10 years old, and females take nearly 20 years to mature. Sturgeons are very sensitive to low oxygen, pollution and other poor water conditions. This, combined with their slow rate of maturity, damming of their spawning rivers and historic commercial fishing pressure, has caused the species to become very rare. Atlantic sturgeon can live for more than 60 years.