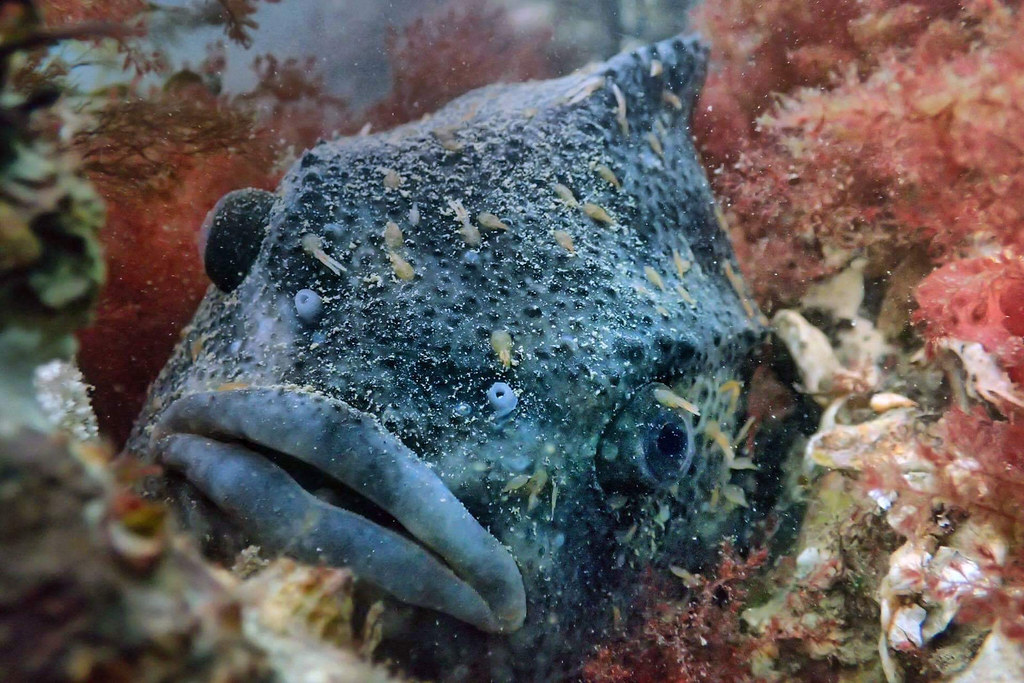 The lumpfish’s first back fin is covered in a thick layer of skin which creates its characteristic high crest without visible spines. (Photo courtesy v_s_/iNaturalist CC BY-NC) 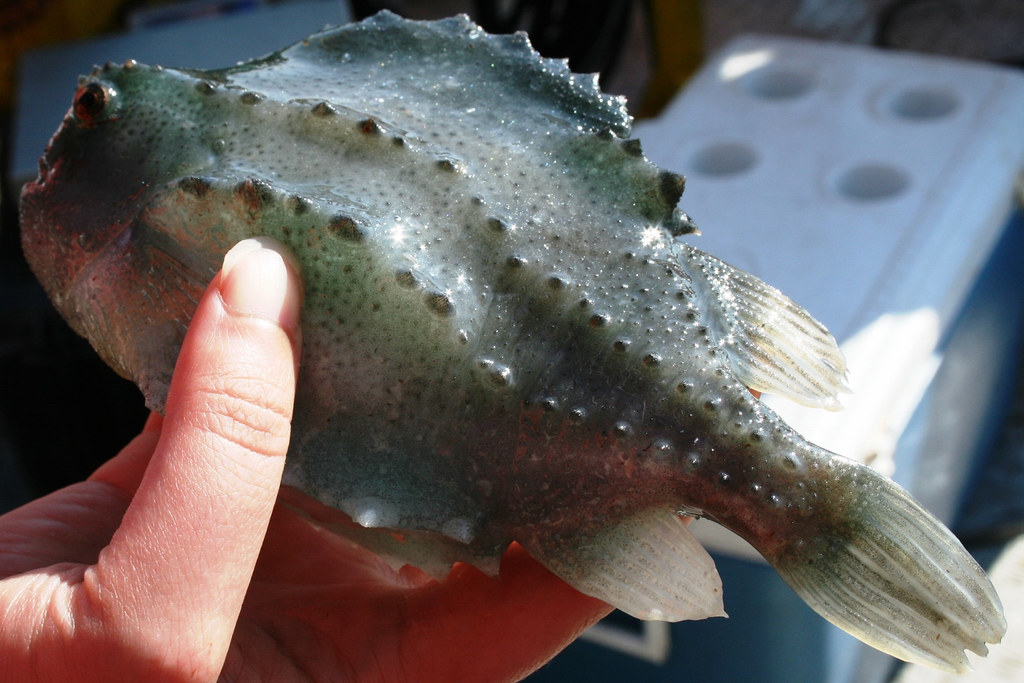 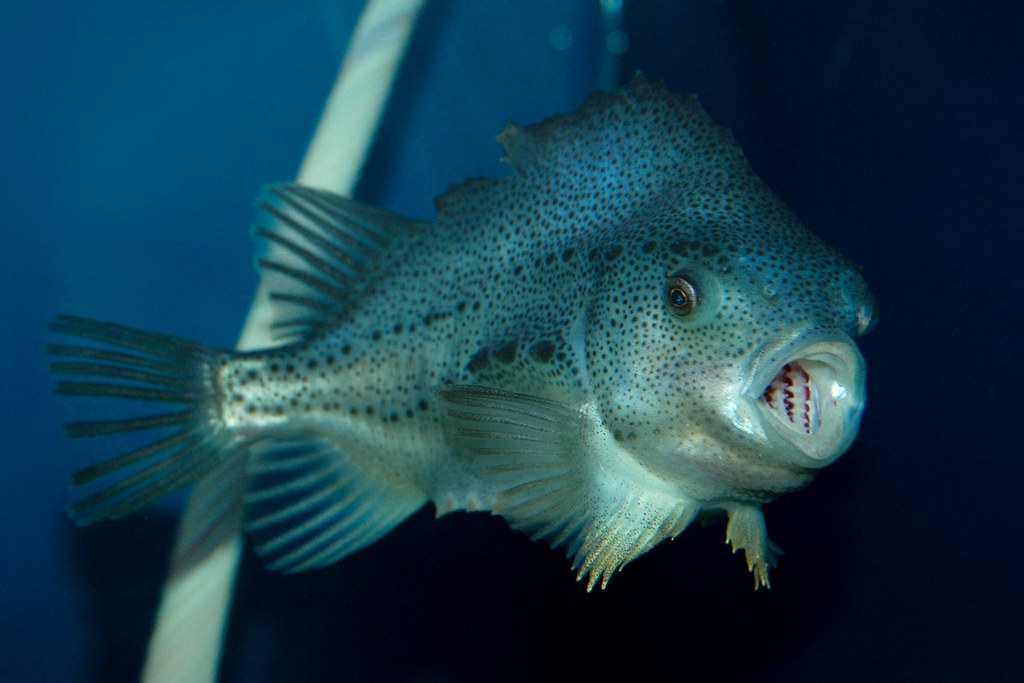 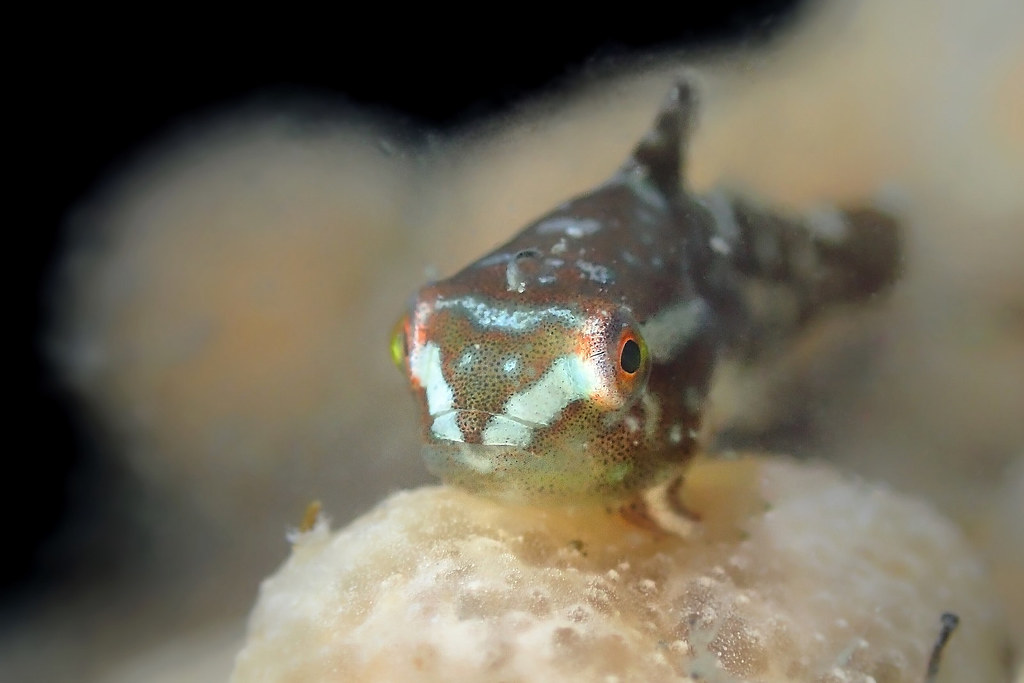 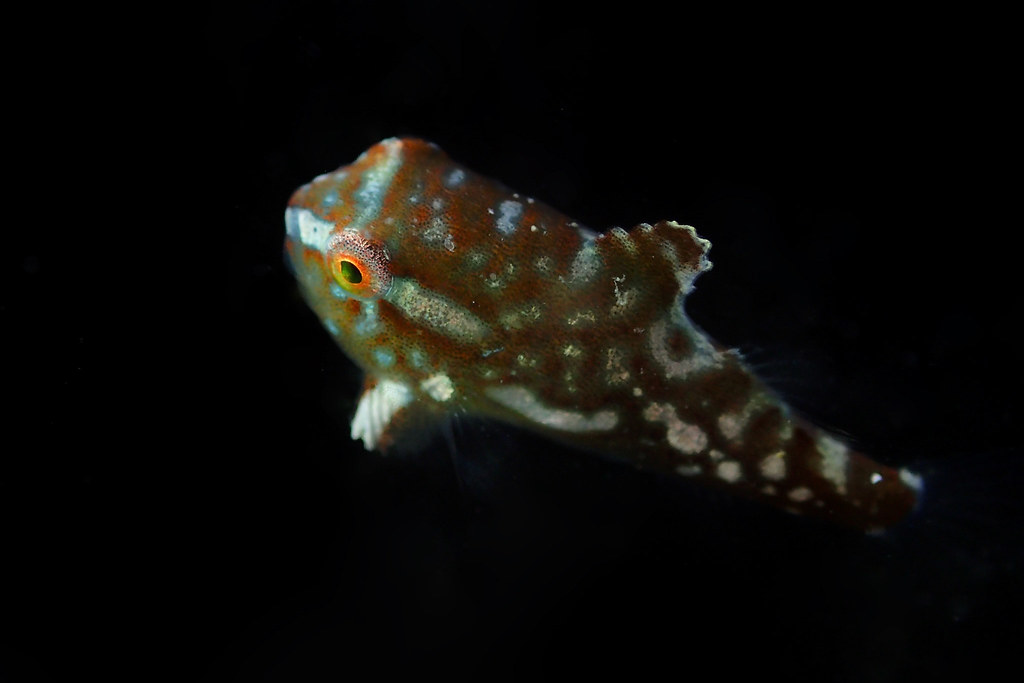 Lumpfish are saltwater fish, generally living in the North Atlantic but occasionally coming as far south as the Chesapeake Bay. They have a skin-covered fin that gives them a high crest on their backs, and they have three rows of bony protrusions on their sides.

Lumpfish can vary in color, but they are usually greenish or gray. During the spawning season, males become reddish on their undersides and females turn blue-green. Their first dorsal fin on their backs is covered by a thick layer of skin. Along their sides, lumpfish have three rows of large, bony protrusions called tubercles. Their pelvic fins allow the fish to attach itself to rocks and other objects.

They can grow to be as large as two feet in length and weigh up to 21 pounds. In the wild, lumpfish live to be between six and seven years old, but the oldest known lumpfish was 13 years old.

These are solitary, not schooling fish. Lumpfish come inshore to spawn from May to June. The males guard the egg masses after they are laid. Egg masses can include as many as 300,000 eggs.