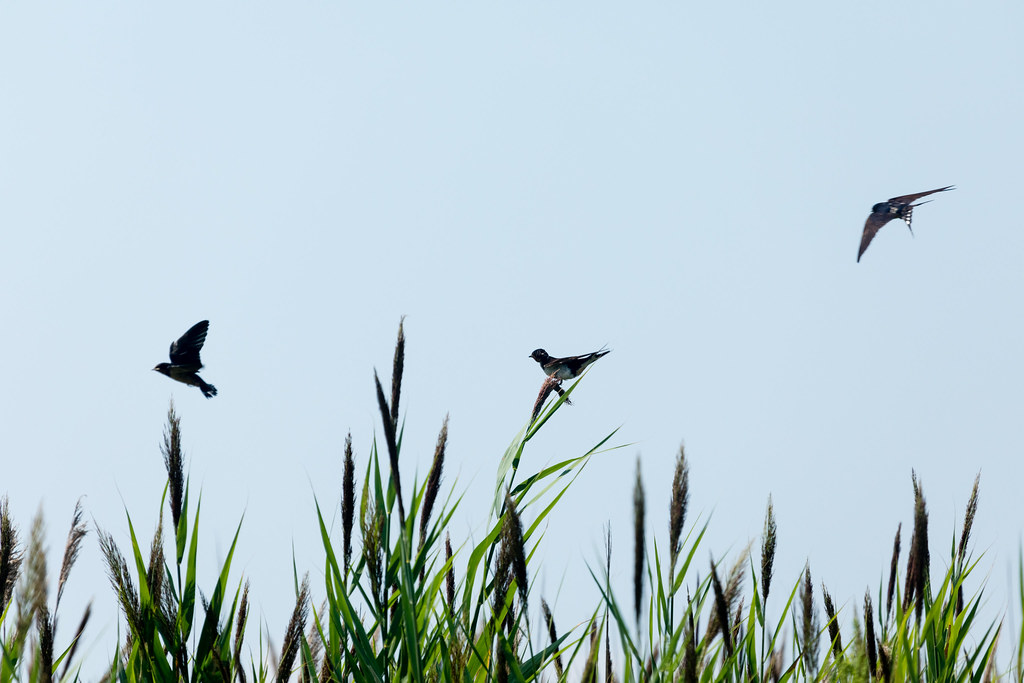 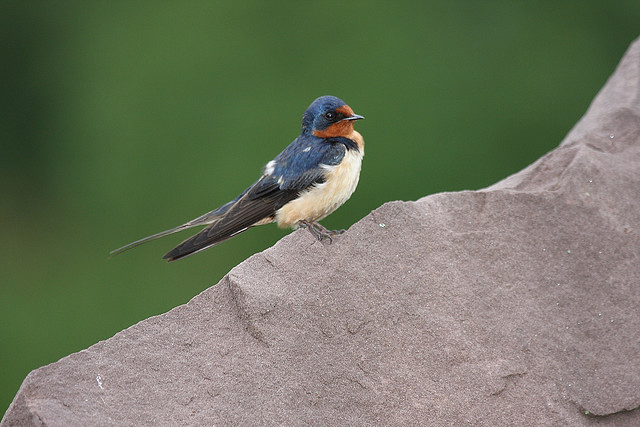 Barn swallows have a light brown or rust-colored throat and forehead. (Dominic Sherony/Flickr) 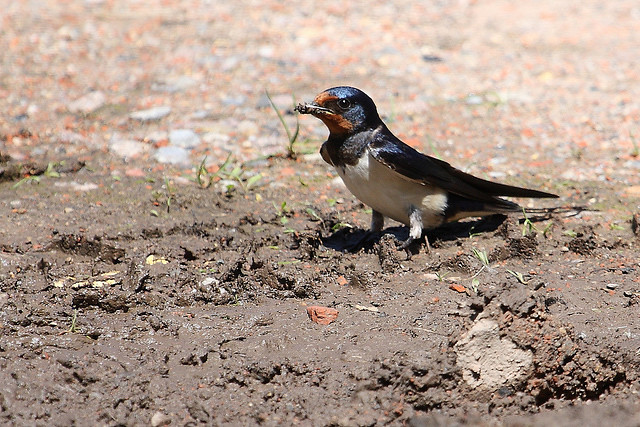 Barn swallows can’t carry mud in their tiny claws. So males scoop up mud in their roomy beaks and bring it back to the female to build a nest. (gynti_46/Flickr) 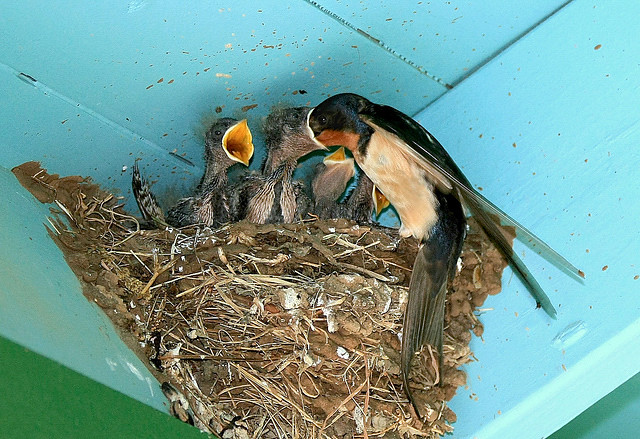 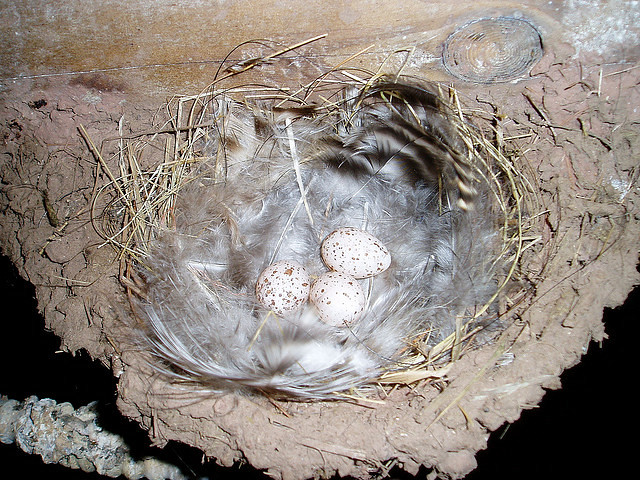 The barn swallow is a small, agile bird that visits open waters, wetlands and farm fields throughout the Chesapeake Bay region from spring through autumn.

The barn swallow has a steely, metallic blue back, wings and tail, with creamy beige underparts. It's throat and forehead are light brown or rust-colored. Females and juveniles are less boldly colored than adult males. Their tail is deeply forked with long outer feathers, and they have long, pointed wings. Barn swallows grow to between 5.5 and 7 inches in length with a wingspan of 12.5 to 13.5 inches.

Barn swallows eat insects such as moths, flies, crickets, beetles and grasshoppers. They are often seen trailing behind farm tractors, feeding on plowed-up insects. They use their large, gaping mouths to catch insects while in flight and skim the surface of the water to drink while flying.

Nestlings have many predators, including gulls, rats, cats, squirrels and raccoons. Hawks, owls and falcons prey upon adults.

The barn swallow is an agile flyer that can quickly dive and turn while in the air. It often flies low over the water or land in search of insects.

Barn swallows sing a variety of calls, both as an individual and as a group. They also make a clicking noise by snapping their jaws together.

Pairs form in spring, once the birds return to their breeding grounds. They build a nest of mud and plant materials, securely fastened to the wall of a barn or shed or the underside of a pier or bridge. Barn swallows can’t carry mud in their tiny claws, so males scoop up mud in their roomy beaks and bring it back to the female. The female lays an average of four brown-speckled white eggs, which she incubates for approximately two weeks. After hatching, the parents feed the nestlings. They often chirp while begging for food. Young begin flying three weeks later. Barn swallows usually live about four years, but can live as long as eight years.