The bay anchovy is a small, translucent fish with a silvery body. (Photo by Virginia Institute of Marine Science) 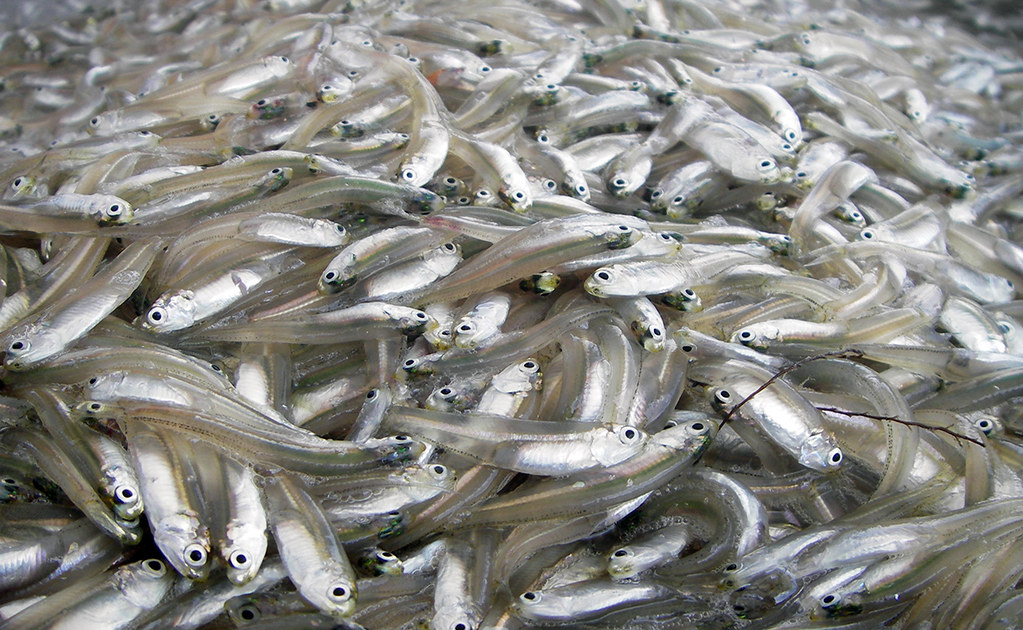 The bay anchovy is a small, translucent fish that lives in schools throughout the Chesapeake Bay. It is the most abundant fish in the Bay.

The bay anchovy has a slender, silvery-green, translucent body that grows to four inches in length. A silver stripe runs along its sides. It has a large mouth, a single dorsal fin on its back and a forked tail fin.

Bay anchovies are a critically important food source for larger predators such as bluefish, weakfish and striped bass. Seabirds are also an important predator of bay anchovies.

Spawning occurs in May through September, with a peak in July. Females can spawn up to 50 times each season, producing more than 1,000 eggs in each batch. Eggs typically hatch within 24 hours. Growth occurs quickly, and fish reach maturity just a few months after hatching. Bay anchovies can live up to three years in age, but most individuals are less than one year old.