The bristle worm Diopatra cuprea is seen after being collected from the Lower Chesapeake Bay near Virginia Beach, Va., on Oct. 5, 2017. (Photo by Jim Aguilar/Smithsonian Environmental Research Center)

The bloodworm Glycera dibranchiata is seen after being collected from the Manokin River in Somerset County, Md., on Aug. 28, 2017. (Photo by Robert Aguilar/ Smithsonian Environmental Research Center) 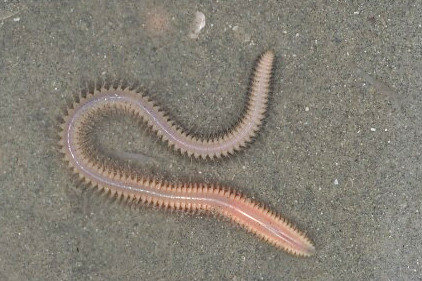 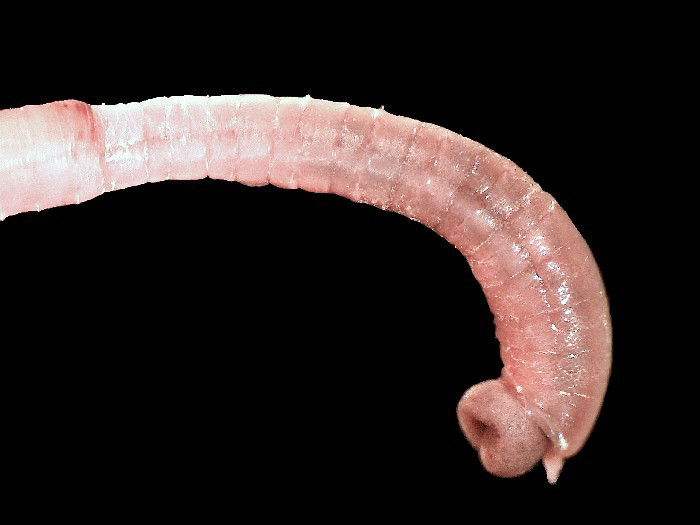 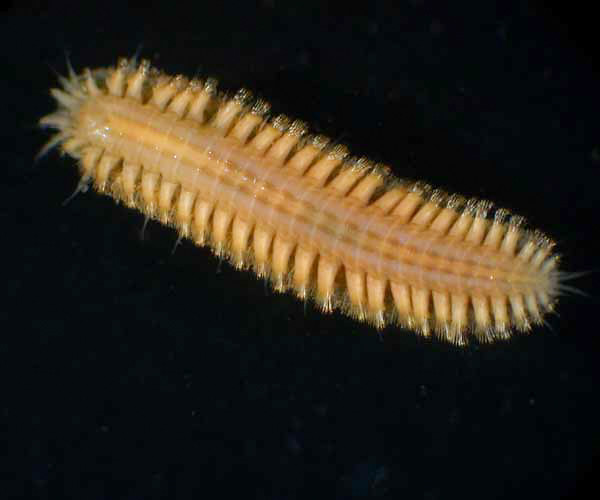 Bristle worms have tiny, hair-like bristles along each side. (Southeastern Regional Taxonomic Center)

Bristle worms are soft, segmented worms found along shorelines, mud flats and shallow waters throughout the Chesapeake Bay and its rivers.

More than 110 species of bristle worms have been recorded in the Chesapeake Bay. Some of these species include: bloodworms, Glycera spp., the common clamworm, Neanthes succinea, the capitellid threadworm, Heteromastus filiformis, the freckled paddle worm, Eteone heteropoda, red-lined worms, Nephtys spp., the common bamboo worm, Clymenella torquata, and the trumpet worm, Pectinaria gouldii.

Bristle worms have soft, segmented bodies with tiny, hair-like bristles along each side. The bristles are attached to appendages called parapodia. Each body segment has one pair of parapodia, which vary in shape depending on the species. Most worms have a head with eyes, antennae and sensory palps.

Bristle worms eat plankton and other bits of organic matter such as algae and dead organisms. Tube-building worms have specialized appendages to help them gather food.